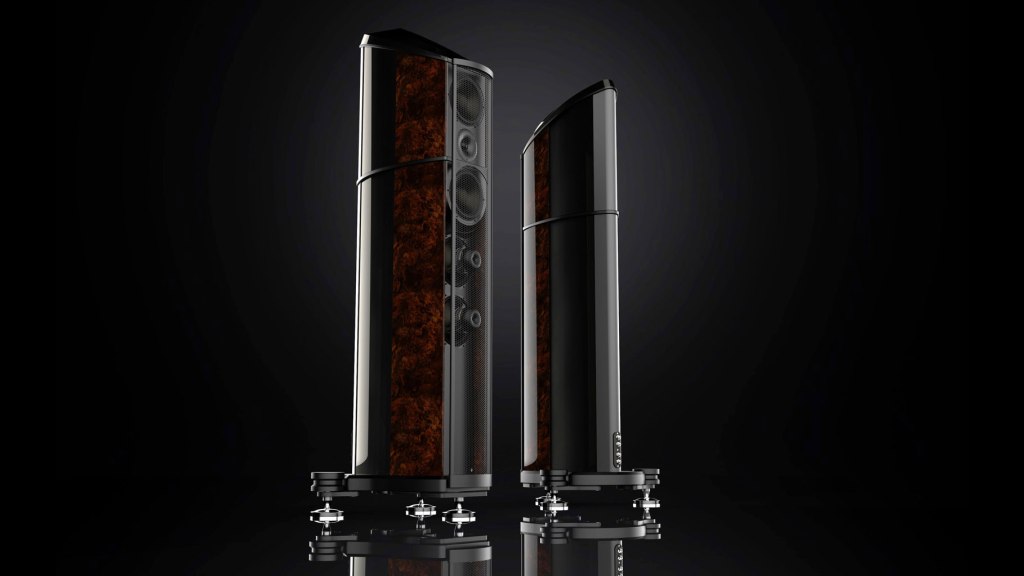 After launching its new Resolution loudspeaker at the High End show in Munich to glowing praise, British audio manufacturer Wilson Benesch hopped across the pond to present the speaker for the first time in the United States at the Los Angeles Audio Show earlier this month.

Not just another fancy speaker with a sky-high price tag, the Resolution is the culmination of years of material and structural research by the brand’s audio engineers. Like many products in Wilson Benesch’s catalog, the Resolution makes ample use of carbon fiber. In fact, the speaker’s cabinet is a carbon composite monocoque, meaning it is constructed from a single sturdy piece of the material. Due to the composite’s strength, the cabinet requires no internal bracing, giving Wilson Benesch’s design engineers more precise control over the enclosure’s tuning and allowing them to better adjust the design based on how the audio frequencies will react within the speaker.

An astute observer might note that two drivers are facing backwards on each loudspeaker. This is by design: Each reverse driver is coupled with a forward driver, facing each other in a “clamshell” configuration. As one driver moves forward, the second moves backward in phase with the first. This allows the listener to experience powerful, dynamic bass reproduction without the compromises that come with a single, forward-facing driver. Each loudspeaker employs 6 of Wilson Benesch’s proprietary “Tactic-II” drivers (4 in clamshell configuration, and 2 forward facing) and a single “Semisphere” tweeter.

While the reversed drivers and carbon fiber monocoque set the Resolution apart from the rest of the loudspeaker pack, the sonic rewards from these features are evident upon first listen. At the Los Angeles Audio Show, the loudspeakers did not sacrifice warmth or mid-range bloom at the altar of detail, but rather presented a pleasant and glowing—yet still accurate—soundstage that had listeners asking for more.

This was especially evident during orchestral pieces, which presented a relaxed, mid-hall sound with satisfactory detail for the exacting listener. The loudspeakers seemed to disappear, and listeners were left with nothing but the music to enjoy. The impression was more than anecdotal, as the Wilson Benesch Resolution went on to win one of the LA Audio Show’s best in show “Alfie” awards.

The Resolution ($69,500 per pair) comes in nine bespoke finishes, and each is manufactured to order at the company’s factory in England. They are currently available through select Wilson Benesch dealers worldwide.