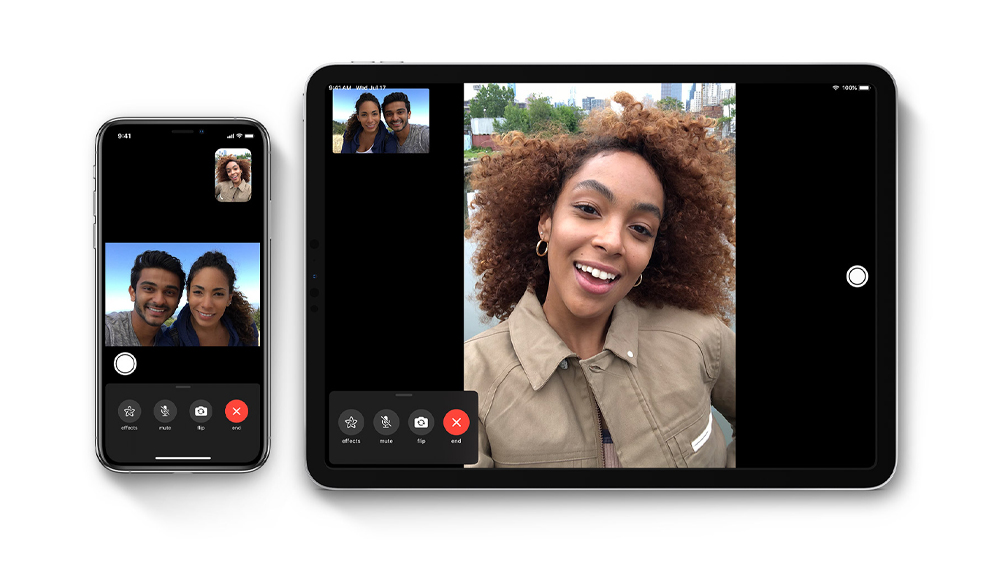 Even though a full-throated appreciation for Black History Month is an important endeavor for anyone who loves history and wants to practice anti-racism, we often place importance squarely on the past, rather than on how that past informs our present. But the truth is that so many past contributions by Black Americans have a massive role in our day-to-day lives, from the way we use the internet to communicate to how we transport food and medicine. Below, a handful of the modern luxuries—from Zoom calls to GIFs to curtain rods and more—that wouldn’t exist without the visionary minds of Black scientists, engineers and other creators.

The next time you use FaceTime (or Zoom, or Skype, or WhatsApp or Google Voice), you can thank Dr. Marian Croak.

Though she’s currently a vice president of engineering at Google, the development she’s best known for happened when she was an engineer at AT&T’s renowned Bell Labs. Before the internet was as widely used as it is today, she spotted its possibility as a more efficient means of communication, and her research eventually led to the Voice Over Internet Protocol, or VOIP, used in a variety of applications. “It was before the advent of the web browser, which really helped to change things, but the internet was starting to be an interesting technology,” Croak said in an interview with her alma mater USC’s Viterbi School of Engineering. “And so we tried experimenting with packetizing voice and treating it just like it was data and running it over an IP connection, and it worked.”

Today, Croak has over 200 patents relating to VOIP, but her most novel achievements may be the development of text-to-vote (originally created for the first season of American Idol) and text-to-donate campaigns.

In the 1960s, a nurse named Marie Van Brittan Brown embarked on a project that would completely change home security as we know it. She wanted to create a device that could reliably tell her who was at her front door without having to walk there herself. So, in 1966, she and her husband, Albert, an electrician, devised the first closed-circuit television system, or CCTV, which used a group of cameras, peepholes and monitors to show different areas of their home. They completed their system with an alert for local police and a remote control for unlocking the door. In 1969, the couple received a patent for the first home-security system, an invention so robust that 32 future security system patents would cite the Browns’ original design.

If you’ve had groceries delivered in an effort to keep your social distance during the pandemic, you can credit Frederick Jones. An avid tinkerer, Jones taught himself enough about engineering to earn an engineering license in Minnesota by the time he was 20 years old, in 1913. He served as an Army engineer during World War I, and in the 1930s he patented a portable air-cooling unit for trucks carrying perishable food. During World War II, his invention (and his company, U.S. Thermo Control) was responsible for preserving not just food, but much-needed medicine and blood for American soldiers. While Jones didn’t live to see it, President George H. W. Bush presented his widow with a National Medal of Technology in 1991 for Jones, making him the first Black man to receive the honor.

It’s estimated that 90 percent of all microphones in use today—including the one in your phone, your child’s baby monitor and your great aunt’s hearing aids—use the electret transducer technology developed by James West.

West, who was hired to work at Bell Labs when he graduated from Temple University in 1957, set out to make microphones smaller and less expensive—but still as sensitive as the larger ones in use at the time. By 1962, he and fellow scientist Gerhard M. Sessler had completed a successful design that went into mass production in 1968. Over the course of his career, he accrued over 250 patents on microphones and other similar technologies.

Mark Dean‘s achievements are many, and you might be looking at one right now. As an engineer for IBM, Dean’s early work is responsible for three of the company’s original nine patents. He helped develop everything from the first gigahertz chip (a processor able to complete a billion calculations in a second) to the Industry Standards Architecture (ISA) systems bus, which allows you to plug peripheral devices, like printers and disk drives, directly into your computer.

Perhaps his best-known creation is the color computer monitor, a contribution that helped make computers radically more accessible for people who didn’t use them merely to solve difficult equations. Dean developed the monitor in 1980, helping to kick off a wave of personal computers that fundamentally changed how people interact and do business.

Speaking of interaction, if you’ve ever sent someone a reaction GIF, you can thank Lisa Gelobter. The computer scientist is credited for her work on Shockwave, a browser-based multimedia platform for interactive applications whose use of animation laid the groundwork for the GIFs we know and love today. Gelobter’s pioneering work in online video is also responsible for access to some streaming content; before her roles at BET and in the White House’s U.S. Digital Service, Gelobter was on the senior management team that launched Hulu.

In 1821, a 29-year-old New York tailor named Thomas Jennings found a way to clean garments that couldn’t stand up to the rigor of regular washing and drying. At the time, The New York Gazette reported that Jennings had devised a method of “Dry Scouring Clothes, and Woolen Fabrics in general, so that they keep their original shape, and have the polish and appearance of new.” It was sufficiently innovative to warrant a patent—an achievement made all the more important because Jennings became the first Black man in America to receive this distinction.

Jennings’s exact practice for cleaning the clothes was lost to history—his patent is one of the so-called X Patents, a group of around 10,000 documents damaged during an 1836 fire in Washington, D.C. Still, Jennings’s innovation ushered in a new wave of garment care that became a forerunner to how your suits, shirts and other delicate clothes are cleaned today.

Samuel Scottron wore a lot of hats during his fascinating life, including being an owner of grocery stores, a barber, a Cooper Union-trained engineer and, notably, actress Lena Horne’s great-grandfather. But a handful of his inventions, including the curtain rod, curtain-rod tips and curtain-rod brackets (patented between 1883 and 1893), may stand out as his most enduring contributions to the lives of everyday people. Without him, we might not fling open our drapes to greet the day (or to shut out the reality of our noisy neighbors) in quite the same way.

In the late 1800s, elevator doors and the doors to elevator shafts had to be closed separately; occasionally, if there wasn’t a dedicated operator in the elevator, people could forget to close the door to the shaft and fall down. Accounts vary about the inspiration for inventor Alexander Miles’s concern about this. Some report his daughter almost fell down a shaft; others claim he merely noticed the problem when riding in one. In any case, the consternation was sufficient enough that he created a mechanism that closed both doors securely. Miles was granted a patent for the design in 1887, and while he wasn’t the only person who devised a way to close both doors automatically, he was the first—and his invention set a safety standard for elevators that’s still in use today.

Dr. George Grant is notable for being the second Black man to graduate from Harvard’s dental school, and the first Black man to serve as a professor at the Ivy League university. (He also gained notoriety for his skill at correcting cleft palates.) But it was his pastime as an avid golfer that led to another important contribution to society: the first wooden golf tee.

According to the United States Golf Association, before Grant’s invention, players commonly made wet mounds of sand where they’d balance their golf balls before teeing off. Grant devised and patented a wooden tee to save himself the trouble in 1899, but he never produced it at scale. Instead, he had tees made for himself and his golfing buddies to use on the links. It wasn’t until William Lowell (coincidentally, another dentist) created the Reddy Tee in the 1920s that Grant’s idea spread across the country and around the world.