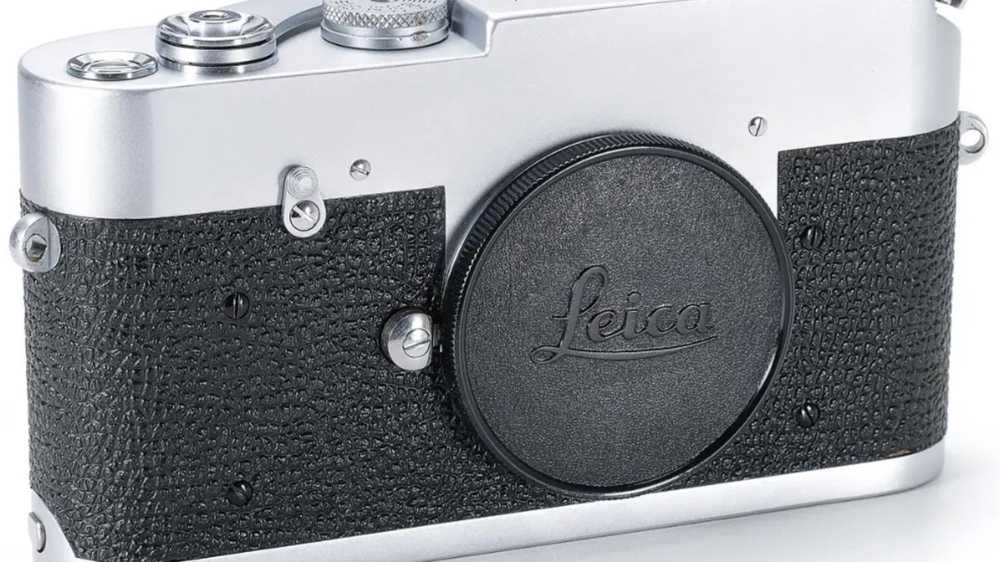 The Leica M is one of the most sought-after cameras on the market—even the models dating back more than half a century.

Case in point: A rare Leica M prototype from 1954 sold for a hefty $670,000 (€687,500) at the Wetzlar Camera Auction on October 8. The German auction house’s annual sale included a collection of rare cameras and lenses for photography buffs, but it was this experimental Lecia M that attracted the highest bid.

For the unversed, the “M” is short for “Messsucher,” a German term for a combined rangefinder and viewfinder that is found in (almost) every Leica M. The M series was first introduced in 1954 with the Leica M3. This particular example was reportedly built the same year, but curiously lacks both a viewfinder and rangefinder. The camera’s condition was also listed as a “B,” indicating it wasn’t even in the best shape.

That didn’t deter collectors, however. The camera was originally expected to fetch between $8,000 and $10,000, but achieved more than 60 times that amount. Part of what makes this particular find so special is the fact that it was “previously unknown” before the auction.

“I have personally not seen another Leica M camera with square format in more than 35 years of research in the history of Leica,” says Lars Netopil, Managing Director at Wetzlar Camera Auction, wrote via email to Robb Report.

The ’50s relic also illustrates just how far the popular M series has come. The prototype can hold 52 exposures in a 24 by 24mm square image format. Fast forward to 2022, the new digital M11 can shoot at 60 megapixels and store up to 64 gigabytes.

Of course, this isn’t the first time a Leica has fetched an exorbitant sum at auction. Back in June, a nearly century-old 0-series sold for $15 million. Last weekend’s sale included several other standouts from the German photography giant, too, including a 1957 Leica MP Black Paint and a Leica MDa NASA Replica that sold for $607,059 (€625,000), respectively.

If you’ve got a vintage Leica, it appears now’s the time to sell it.