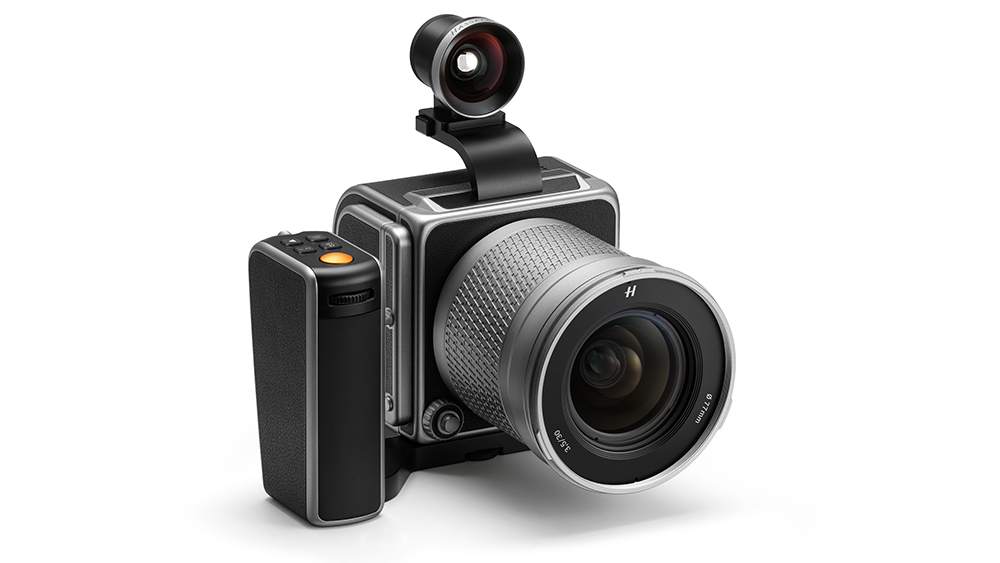 If you’ve ever shot with an old school Hasselblad, you know the inscrutable feeling of heft, solidity, and precision associated with the Gothenburg-based camera maker. The brand’s manufacturing skills were forged during World War II, when military applications demanded superlative precision that later spilled over into exceptional civilian cameras. The era of emulsion may be a distant glimmer in the rearview, but the Hasselblad 907X Anniversary Edition Kit tips a hat to the 80th anniversary of the brand’s first camera, which paved the way to heady moments in photographic history like the first Apollo moon landing, whose visuals were immortalized by three Hasselblad medium format film cameras.

The backside of the camera showcasing its display.  Hasselblad

The 907X keeps a nominal foot in the past with its boxy form factor, leaf shutter, and weighty 740-gram mass. Yet its smaller proportion defies the bulk of its forbears, hiding a massive 50-megapixel CMOS sensor within its all-metal body. The resulting 8,272 x 6,200 pixel files offer crystal sharp images enhanced with Hasselblad’s proprietary HNCS color management technology. The system uses the sensor’s 16-bit color data to produce color accuracy that faithfully reproduces hues and tones in the same way they’re perceived by the human eye. By controlling the dynamic range and conversion of optical images to the digital format, Hasselblad’s software is able to imbue the image with an analog look that defies its digital format. The resulting images have an inherently lifelike and natural feel that’s evocative and filmic. However, portraitists will prefer the capture process more than action shooters, due to the 907X’s leisurely autofocus speeds. Think: Less Walter Iooss, more Ansel Adams. The brand’s Phocus app for iPhone or iPad Pro enables full camera control via WiFi or a tethered USB cable, enabling remote capture that would have floored the Apollo astronauts.

Despite its latent tech, the 907X embraces a more traditional approach to digital photography that places technique over expediency. The best part? Its CFV II 50C digital back can be paired with most Hasselblad V system bodies since 1957 and the full range of XCD lenses, offering an analog twist to modern photography.