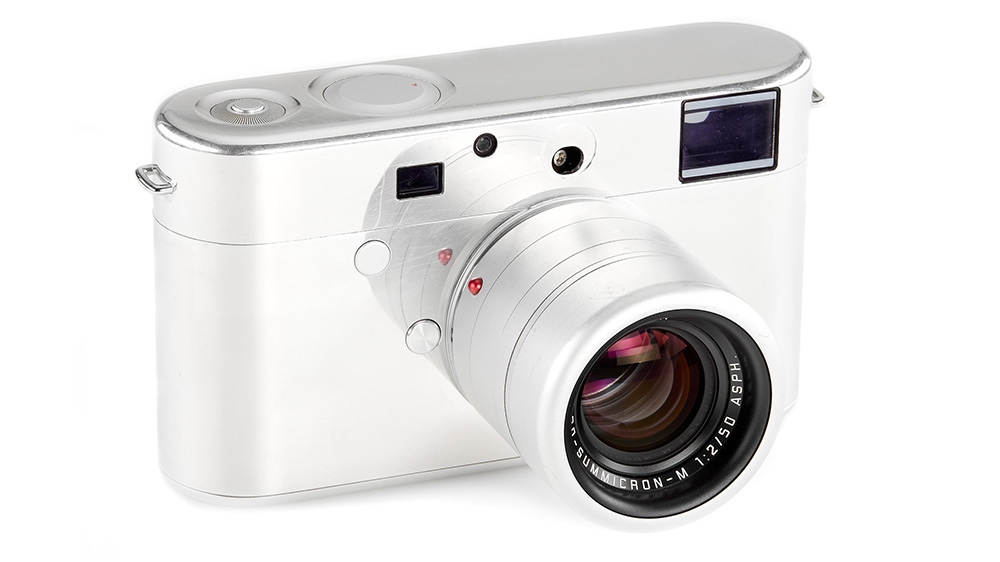 You’re never going to get your hands on the one-of-a-kind Leica camera that Jony Ive designed for charity back in 2013, but the next best thing could soon be yours.

A stark white concept camera crafted by Apple’s then-chief design officer and fellow design legend Marc Newson will soon hit the auction block. The prototype, which was developed while the two design giants were working on the one-off (RED) Leica Camera, will go under the gavel at the Leitz Photographica Auction in June. It’s unclear if the device still works, but collectors are unlikely to care.

The camera, which was one of the final prototypes whipped up for the project, is based on the Leica M Rangefinder digital model the German camera maker introduced in 2012. While the M features the brand’s trademark textured case, the (RED) prototype is much sleeker. The minimalistic device features a harmonious mix of rounded edges and chrome accents that give it a more futuristic feel. The biggest difference, though, is that the camera’s polished aluminum body is finished in white, as opposed to the all-black or silver-and-black colorways Leica is best known for. Technical details are scant, but the camera is outfitted with an aluminum Apo-Summicron 2/50 mm ASPH lens.

The prototype is actually even more stripped down than the design that was chosen for the finished (RED) Leica Camera. That version features a laser-machined anodized aluminum body similar in style to what you’d find on the MacBook Air or MacBook Pro. This is surrounded by a mesh band with 21,000 perforations. Just above the lens, you’ll see Leica’s iconic red dot logo, which is noticeably absent from the prototype. On the technical side, the camera sports a full-format CMOS sensor, a large LCD screen on the back panel and the same lens as the prototype. It’s a true beauty, but for our money, the concept looks even better.

The prototype of the (RED) Leica Camera is scheduled to hit the block on June 12 in Vienna at the annual auction event. Bidding starts at $118,000 (or €100,000), though the lot is expected to command at least twice that when the final gavel sounds. If that sounds like a lot to spend on an out-of-date digital camera, just remember that the final (RED) Leica sold for $1.8 million back in the day, all of which went to The Global Fund to fight AIDS, Tuberculosis and Malaria.