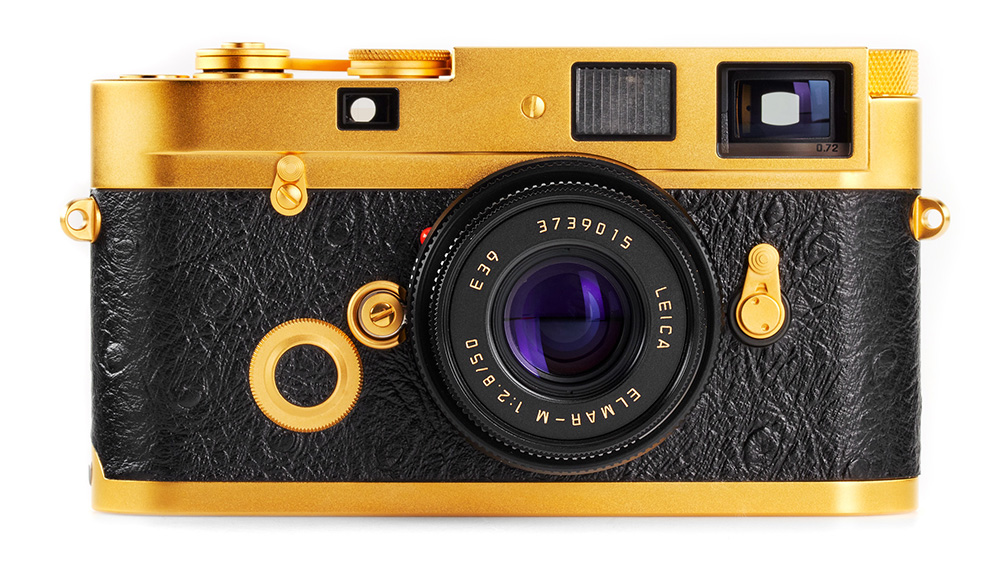 Typically, cameras are used to create art, but this Leica could be considered a work of art all on its own.

The Leica MP Unique Gold analog camera is a one-of-a-kind collaboration between Leitz Photographica Auction and Leica Camera AG. It’s being auctioned off for charity by Leitz, with estimates ranging from almost $17,000 to just over $21,000.

What makes this camera stand out is its exclusive exterior details. All of the metal parts have been gold-plated and the grip area has been covered in black ostrich leather, giving the Leica a shiny, sleek appearance. There are no engravings except for a hidden serial number on the underside of the winding lever, and even the company’s notable red-dot logo has been eschewed in favor of the black and gold color scheme.

In terms of the hardware, the one-off camera comes with a 0.72 finder and a special black Elmar-M 2.8/50mm lens with engravings filled with red and gold paint. The lot also includes a maker’s box for the body and a certificate of authenticity.

The Leica MP was first introduced in 2003, with the MP designation standing for “mechanical perfection” (no big deal). Its retro look is usually rendered in the company’s classic black or black and silver colorway, which is what makes the version on the auction block really live up to the “unique” in its name.

While the German camera company tends to stick to what it’s best known for, it has collaborated with other entities to create cameras with a bit more visual flair. Last year, it teamed up with Vans on a camera swathed in the sneaker company’s iconic checkerboard pattern. And in June 2021, an all-white camera designed by Apple’s Jony Ive hit the Leitz auction block.

Right now, the Unique Gold Leica is sitting at almost $14,000, but collectors and camera enthusiasts have until June 11 to join in the bidding fun.