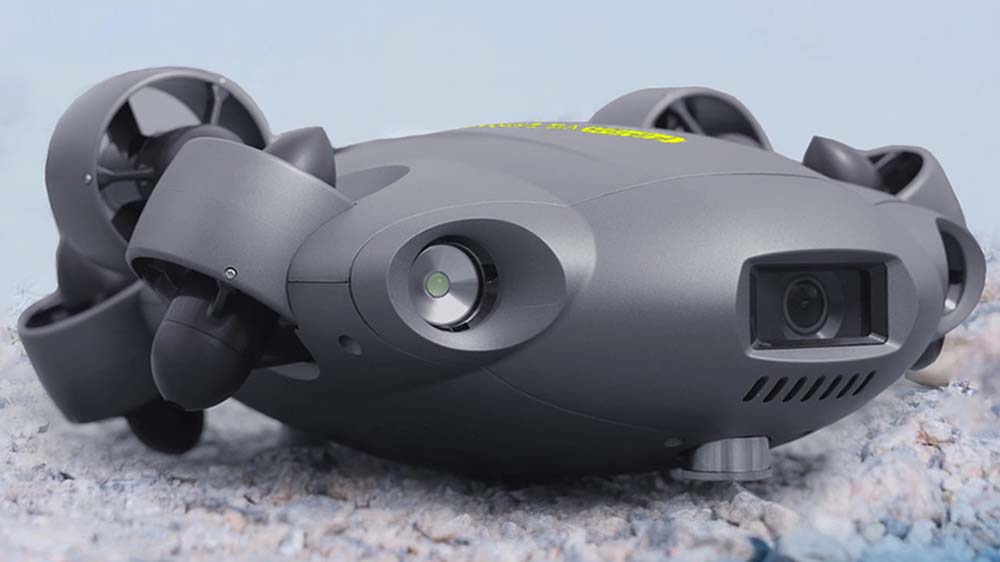 If you thought a drone was a useful capturing images in the air, wait until you see what one can do under the sea.

Qysea is expanding its line of consumer underwater drones with the new FiFish V6 Expert, according to New Atlas. The brand’s latest model is a professional-grade swimmer that comes with all attachments you could possibly need to get the perfect shot of even the most elusive of sea creature.

The company’s latest offering is basically a souped up version of the Fifish V6. The two drones have the same basic features, including six thrusters for 360-degree movement, a maximum depth rating of 100 meter (or 328 feet) and the ability to travel 4.9 feet per second. What really sets the FiFish V6 Expert apart is an all-black color scheme, a tougher body and, perhaps most importantly of all, a higher-capacity 156 Wh lithium battery (the base model offers just 97 Wh) that allows it to operate for up to five hours on a single charge. If you need the device to spend even more time in the water, there’s also optional onshore power supply, in case you need it to spend even more time in the deep.

Qysea hasn’t upgraded the camera on its latest drone, because it was already pretty good. Just like on the base model, it can capture 4K video at up to 30 fps per second, which is more than adequate for an underwater shooting. Two changes to the photography setup include a brighter, 6,000-lumen LED spotlight and a removable 128GB SD card that you can pop out when you want to transfer images or video to another device.

The biggest difference between the two drones, though, is a new interface mount. It may not seem like much, but the feature will let you attach all manner of optional tools, like a robotic arm, hydrophone or a mini circular saw, just to name a few. There are over 20 different tools to choose from on the Qysea site.

If you’re looking for an underwater drone to aid in your next photography project or just to provide a little company on your next swim, the FiFish V6 Expert is available to purchase now through the Qysea website for $2,999.