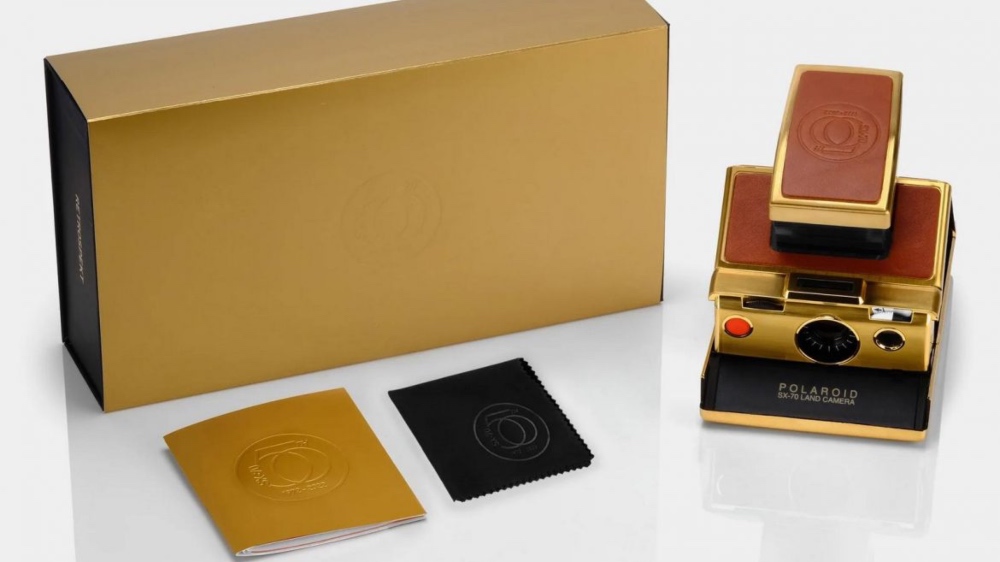 This Polaroid is celebrating its golden anniversary in 24-karat style.

To honor 50 years since the SX-70’s release, Retrospekt, a shop that specializes in restoring vintage electronic items to their former glory, has unveiled a version dripping in 24-karat gold. The Polaroid 50th Anniversary Edition Gold SX-70, priced at $999, has been completely stripped down and refurbished using parts from vintage cameras. Limited to 50 examples, this model acts as the ultimate homage to the camera’s history and impact on pop culture.

The first instant consumer camera for the masses, the SX-70 has since become a popular choice for photographers because of its collapsible body, focusing system and exposure adjustment features. Retrospekt upgraded the beloved model by stripping it of its original chrome exterior, replacing it with shiny gold plating. Some minor wear-and-tear marks can be seen on the 50th Anniversary Editions—since, before their makeover, they were all working cameras—but the models have been updated to ensure they’re able to capture every photo-worthy moment. The reassembled camera also features a new leather cover embossed with the anniversary emblem.

This version of the SX-70 isn’t the only one that’s been wrapped in gold. Similarly plated models have existed but only as gifts from Polariod to their employees for milestone work anniversaries, making them rare collector items. Meticulously restored by the company’s technician, Retrospekt’s camera is a valuable piece in its own right.

“Each anniversary camera is built using components from vintage Polaroid SX-70 cameras. The cameras have been completely disassembled, cleaned, stripped of their original chrome plating and plated in 24k gold,” the Milwaukee-based brand wrote in the item’s description on its website. “After being calibrated to ensure their functionality for another lifetime of use, they are encased in special 50th Anniversary Edition packaging along with a polishing cloth and camera manual.”

The company isn’t new to unique collaborations. Last year, brands such as Pepsi and Barbie launched their own Polaroid cameras with the retailer for a limited run. And who knows—there could be hope for a future bejeweled drop that honors the SX-70’s diamond anniversary.