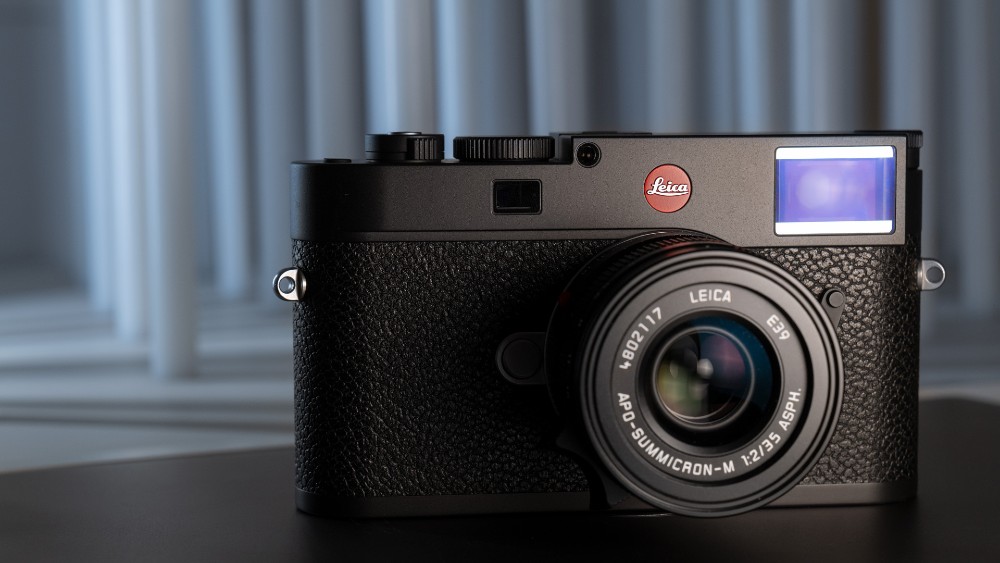 Leica M cameras don’t change very often. In fact, the basic concept has changed very little in seven decades. The first model in the series—the M3—was introduced in 1954 and helped revolutionize handheld photography. The small, Bauhaus-inspired design fitted in the palm of your hand, while the innovative, rangefinder system allowed the user to compose and focus at the same time, something that wasn’t previously possible.

Those users ended up being some of the biggest names in photography. Helen Levitt, Joel Meyerowitz, Ropert Capa, Henri Cartier-Bresson, Garry Winogrand—the list of iconic photographers that used Leicas is endless. That original formula was so good and so well-engineered and executed that it’s barely changed since. Leica Ms were designed for professionals, for those who wanted total control and precision. The M4, introduced in 1966, was described as “the think camera” in a period advert. “In the hands of a discriminating photographer, the M4 is a sophisticated ‘tool’ of endless versatility and speed,” the ad said, and it wasn’t wrong. These cameras are known to demand more from the user, still to this day lacking basic functions like auto-focus. While they were at the height of technological sophistication in the 1950s, naysayers would argue the formula is very much stuck in time.

All of which is why, at first glance, you wouldn’t know much has changed with the Leica M11. The first new iteration since the M10 in 2017, it’s got that familiar, sculptural design with its clean, architectural lines and perfect proportions. There are subtle differences to the way it looks. The function button has moved from the front to the top, the rear screen now sits flush and, more strangely, the viewfinder surround breaks the traditionally straight line of the top plate.

The front and back of the Leica M11.  Leica

These are, of course, marginal changes, but that’s to be expected. Change anything too drastically and the camera would no longer be an M. This concept is also true of the way it performs. In 2012, Leica bestowed its M240 model with 1080p video, and there was uproar among hardcore fans of the German brand who believed with conviction that these should be stills-only cameras. So, for every subsequent model, video capability was removed. The M shooting experience has always been an incredibly pure, minimal one, and adding superfluous features is something that doesn’t appeal to the loyal user base. So what exactly did Leica do to improve on the tried-and-tested formula with the M11?

The biggest change is the sensor. The M11 now boasts a 60.3 megapixel CMOS sensor, which can shoot in three different resolutions, all of which have their own benefits. With the newly simplified menu system, users can seamlessly switch between 18mp (best for low noise), 36mp (best dynamic range) and 60mp (finest detail). This is a seriously impressive feat for any camera, and especially so for something of this size. While noticeably slower when shooting multiple frames in a row, the camera doesn’t miss a beat when you opt for the 60mp mode, despite the mammoth 100+mb size files it has to process. Where your workflow will slow, however, is when trying to transfer them to your laptop or phone, so keep that in mind if you’re in a hurry.

A lakeside photo taken by the author with the Leica M11.  Charlie Thomas

In a move that will undoubtedly offend purists, Leica decided to get rid of the removable bottom plate on the M11. An original feature on the M3 in which the baseplate had to be taken off to load film, Leica kept this design on every subsequent model, including digital bodies in a nod to tradition. This time around the baseplate is fixed, with a simple switch added for easy battery and SD card removal, as well as a USB-C port for quick charging access. It’s an inspired move, making the camera far more user-friendly and easy to work with.

In fact, this might be the M11’s greatest asset. The subtle changes to its connectivity make it feel surprisingly modern. Yes, its design and basic shooting principles are rooted in the past, and for good reason. It’s a specialist tool and one that requires its user to work to get the most out of it—you can’t be bailed out by auto focus, eye tracking and image stabilization. It essentially offers the same shooting experience as an M3—you compose your scene within its illuminated framelines, line-up the rangefinder patch and press the near silent shutter. Almost everything else about the camera is entirely modern though. There’s that intuitive new menu system, which is easy to navigate through the touchscreen LCD; a new electronic shutter which works up to 1/16000 of a second; 64gb of internal memory and, perhaps most importantly, a newly developed Leica Fotos app, which combines with the included Apple Lightning cable to easily import photos to your mobile on the go.

The M11 is the most refined take on the digital rangefinder yet. It’s a precise piece of engineering and feels like it in the hands, even down to the ISO dial, which snaps down with a satisfying “ping” after you’ve selected your speed. It’s not for everyone and is difficult to justify when you consider its competitors produce their flagship cameras for a fifth of the price. But then again, the Leica M11 doesn’t really have any competitors. It’s its own thing—a mechanical watch in a world of smartphones and Fitbits. You don’t really need it, until you do.

Charlie Thomas is a writer and photographer. His work has appeared internationally through The Independent, The Times, Esquire, GQ, The Rake and Black + White Photography magazine.