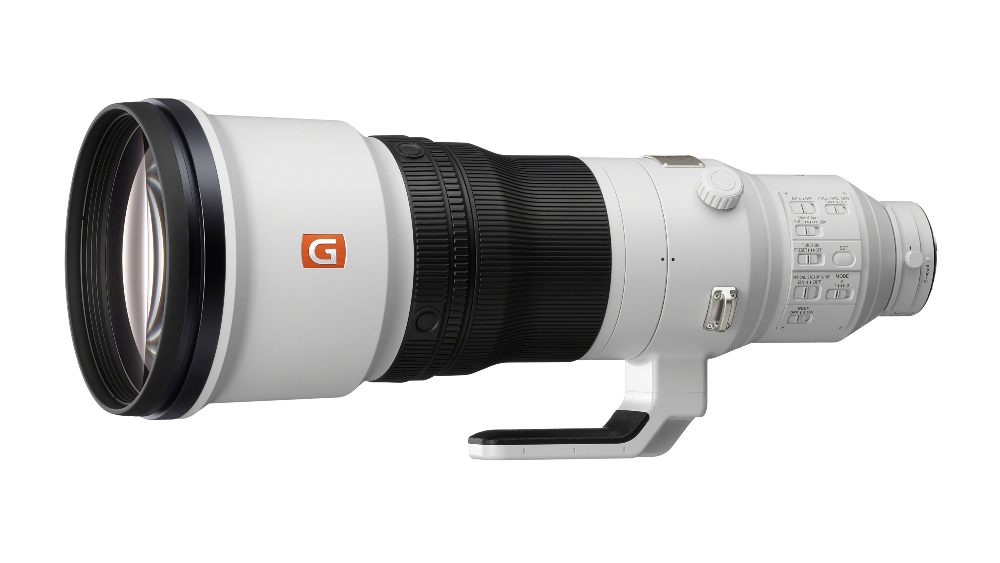 Turns out size does matter—at least when it comes to Sony’s latest camera lens.

On Tuesday, the electronics company announced the latest addition to its growing full-frame G Master series lens lineup—the new FE 600mm F4 GM OSS super-telephoto prime lens. Meant to be used with Sony’s popular line of full-frame mirrorless cameras, like the beloved a9, the FE 600mm is the longest the company has ever produced and includes many of its most advanced optical and mechanical technologies, allowing photographers to get the perfect snap, thanks to its extraordinary focusing speed and precision.

“The tenth model from our flagship G Master series, the new 600mm F4 raises the bar for speed, mobility and control in a super-telephoto prime lens,” said Neal Manowitz, the company’s deputy president of Imaging and Professional Solutions, before promising that with photographers would be able to take pictures “that were simply not possible to capture before.”

Looking almost identical to the earlier FE 400mm, Sony’s latest lens features two extreme dynamic linear motors to provide fast, precise and reliable subject tracking, even when shooting at 20 fps, along with an 11-blade circular aperture mechanism and nano lens coatings. The lens also uses an advanced optical formula help reduce chromatic aberration, ghosting and flaring. And its Optical Steady Shot stabilization helps steady images, even when shooting handheld. It is also compatible with Sony’s 1.4x and 2.0x teleconverters if you need an even longer effective reach for some reason.

Though the FE 600mm, like most telephoto lenses, is massive, the company claims its actually the lightest in its class, weighing in at just 6.7 pounds, thanks to its magnesium alloy construction, according to PC magazine.

All of this comes at a price, of course. The FE 600mm will run about $13,000 when it goes on sale in August. That’s not all that surprising, given that the professional-grade lens is most likely to be used by highly trained news, athletic and wildlife photographers. But for the hobbyists that may not need such a powerful lens, the company is offering the significantly less expensive FE 200-600mm F5.6-6.3 G OSS. Costing $2,000, it offers nowhere near the range of features of its bigger sibling,  but it should get the job done for most shutterbugs.