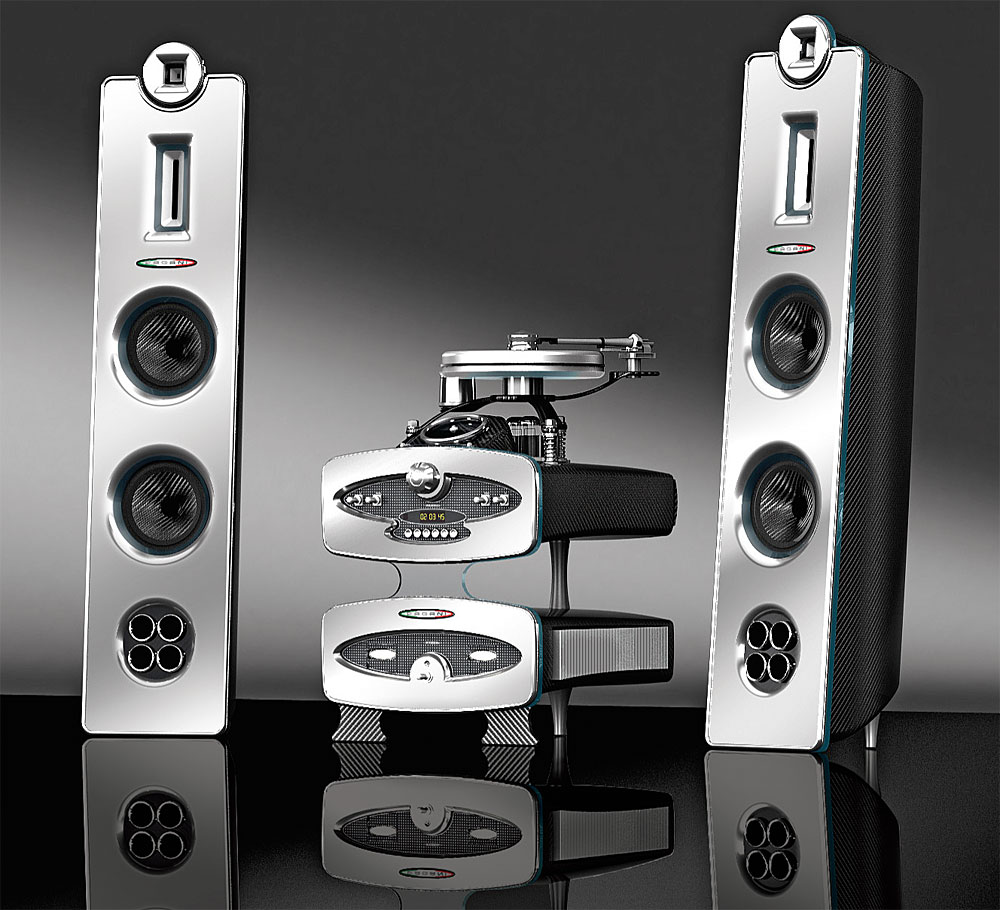 At the top Marques Monaco auto show in April, Pagani—the Italian automaker whose elusive Zonda Roadster is banned on American streets—unveiled the prototype for a high-fidelity audio system that embodies the company’s philosophy of merging technology and art. The distinctively styled Pagani Sound System, which includes speakers, amplifiers, a turntable, and a CD player, delivers exceptional power and clarity. “They’re the best-sounding components I’ve heard in my life,” says Jim Ricketts, a seasoned audiophile and the owner of TMH Audio in Dayton, Ohio. TMH Audio is the U.S. distributor for Delta Sigma, the Italian electronics manufacturer that is constructing the Pagani audio components.

About a year ago, Ricketts traveled to the Delta Sigma factory outside Turin, Italy, to look for amplifiers with bandwidths sufficient to support the high-performance loudspeakers he distributes. During his visit to the factory, he learned of the Pagani project and decided to visit the carmaker’s Modena facility, located just a few hours away. “As the story goes,” Ricketts says, “Horacio Pagani had heard one of Delta Sigma’s systems, and it inspired him to develop a working relationship with Domenico Simonetti, the designer for Delta Sigma.”

According to Ricketts, Pagani and Simonetti collaborated on the design of a $160,000 audio system composed of iron, steel, magnesium, aluminum, and carbon fiber—a lightweight composite material that Pagani often uses in its automobiles. The audio system features a power amplifier that peaks at 2,000 watts and a preamplifier with a?? bandwidth of 3 Hz to 3 MHz. The loudspeakers, which are capable of a 30-to-90-kHz frequency response and 91 decibels of sound, each are equipped with quad bass reflex tubes reminiscent of the Zonda’s exhaust pipes.

While most of the audio system’s components are available individually now through TMH Audio, the complete Pagani Sound System is not. It—unlike the outlawed Zonda Roadster that influenced its design—will be available in the United States in 2009.