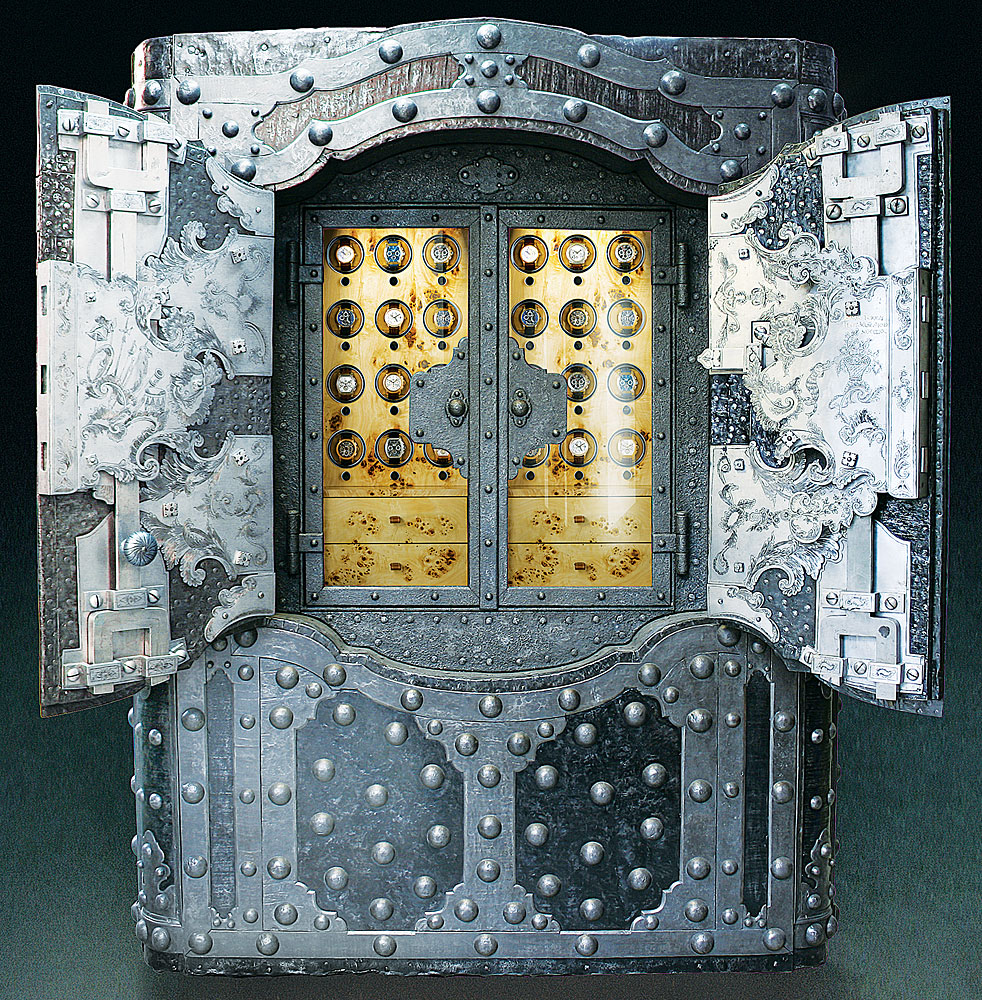 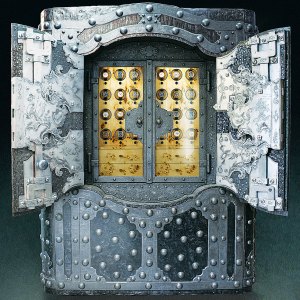 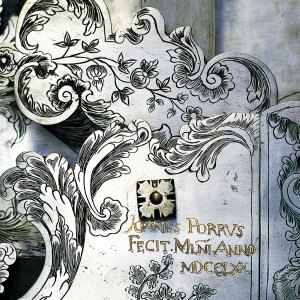 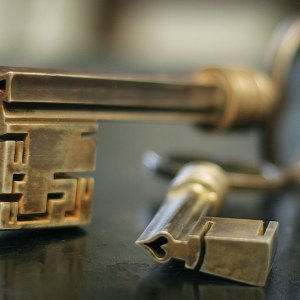 A refurbished 18th-century safe originally built for a member of the Medici family. It can be equipped with high-tech security devices and an interior that holds at least 88 watches.

The key to appreciating this one-of-a-kind safe is its, well, its keys. Only two exist—both are needed to open the safe—and one is an antique. “If you look at them, you won’t be able to tell which is new and which is old,” says Rainer Schlumberger, CFO for Döttling Luxury Safes, the German company that has refurbished the 237-year-old safe. Schlumberger declines to reveal which key is original and which is the replica, but he is happy to discuss the challenges of crafting the latter. “We rebuilt the key based on the lock. It probably took one and a half to two months to replicate,” he says. “I cannot tell you how they did it in 1770.”

The safe that the keys open is equally remarkable. It was built in Milan and measures 6.5 feet tall, 5.4 feet wide, and 27 inches deep. It is believed to have been originally commissioned by Anna Maria Luisa de’ Medici, the daughter of one Grand Duke of Tuscany and the sister of another, late in her life (she died in 1743).

Construction workers preparing a factory building near Milan for demolition recently discovered the safe in the basement. Markus Döttling, the 36-year-old CEO of Döttling Luxury Safes, flew to Italy late last year and paid an undisclosed sum for the safe. The restoration entailed disassembling the safe, cleaning it, and reassembling it. The tasks also included the reverse-engineering required to create a second key that would work with the original security system, which includes two locks, one for each key. The first lock is hidden beneath one of the large nail heads on the safe’s door. Unlocking it exposes the keyhole for the lock that opens the door.

While preserving the safe’s antique quirks, Döttling has installed an interior of bird’s-eye maple and goatskin velour leather that can hold at least 88 watches—28 on watch winders and 60 more in two drawers. Döttling also can reconfigure the interior to hold as many as 250 watches. Transforming the safe into a liquor cabinet, a humidor, or even a gun case also is possible.

If you want to showcase your treasures while keeping them secure, Döttling will include a clear interior door that can withstand the impact of a 9 mm bullet. And you can add a feature that could be called the Voice of God: If intruders enter the room, the safe will sense their presence and alert you by calling your cell phone. Audio equipment embedded in the safe will allow you to startle the interlopers by speaking to them directly. You also can listen to their panicked reaction.

Döttling offers a defensive feature that will dispense your choice of fog. One variety fills the room, impeding the thief’s vision; another contains a chemical irritant that should immobilize the intruder. “It’s not tear gas,” says Schlumberger. “It’s like a sleeping gas. It makes you really dizzy.”

Döttling can install a fingerprint lock that will open the safe door for only the person whose digits display the correct pattern of whorls and lines. Schlumberger says that the company can add any of these technologies without spoiling the safe’s appearance. For example, one or more of the nail heads that decorate the exterior could be used to conceal a camera or a touchpad.

If nothing else, you might want to request that fingerprint lock. “I don’t think you’re going to lose those keys,” Schlumberger says. “But if you do, we would have to fly in [from Germany] and open the safe.”

{ The price does not include shipping. Once Döttling has confirmed the details of a new interior, the company will require at least four weeks to complete the safe. }