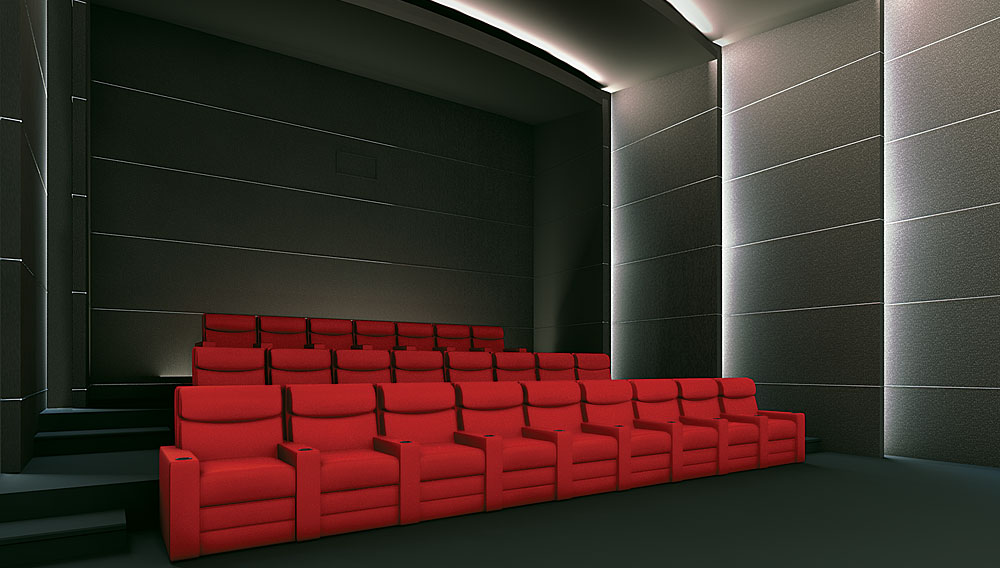 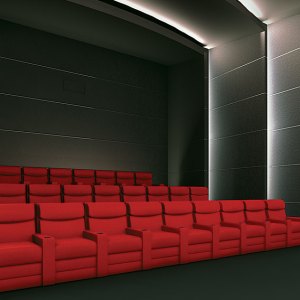 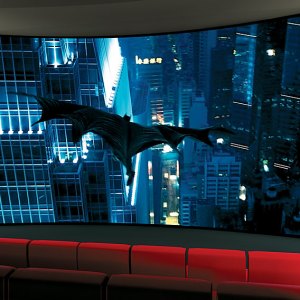 In a 1989 article, the New York Times described the 10-seat, 1,000-square-foot theater that Theo Kalomirakis had built in the basement of his Brooklyn home. He had equipped it with an 8-foot-wide screen and an assemblage of now-obsolete hardware that included VHS and Beta recorders and a laserdisc player. At that time, the ability to utilize such technologies in a home setting was considered quite a luxury.

Although Kalomirakis did not realize it initially, his $100,000 pet project represented an evolution of home cinema. Thus, he found himself at the forefront of what would become an extremely lucrative industry. By the end of 1989, he had founded a home-theater-design firm bearing his name, and since then he has become one of the most sought-after designers in his field. So how does the groundbreaking home-theater designer outdo himself?

The theater that Kalomirakis has designed for this year’s Ultimate Gift Guide will require building a roughly 1,200-square-foot structure capable of housing the largest residential film screen in the world. Kalomirakis and his longtime technology partners, California Audio Technology (CAT) and Stewart Filmscreen, will collaborate with IMAX––the entertainment-technology company known for its immersive commercial theaters—to create the hardware to be employed in this project. Stewart will manufacture a 30-foot-wide, 17.5-foot-tall film screen that will be curved to immerse the audience in an unparalleled visual experience. CAT will build a nearly $1 million, 9.1-channel, 40,000-watt custom audio system, as well as the two $115,000 video projectors that are required to fill Stewart’s enormous screen. Using proprietary IMAX technology, each of the two projectors will generate images superimposed on each other by way of an image-enhancing computer system, resulting in the largest and sharpest video reproduction ever in a home theater. This will be made possible by a screen resolution provided by Blu-ray––a video format virtually light-years beyond that of the VHS tapes that Kalomirakis played in his first home theater 20 years ago.

“Most people have become very comfortable with today’s home-theater experience,” Kalomirakis says. “But I am not, because I’ve seen it, and I’ve done it, and I know it can be better. We’ve been living with the home-theater concept for 20 years now, and, to me, this gift represents the next evolution.”