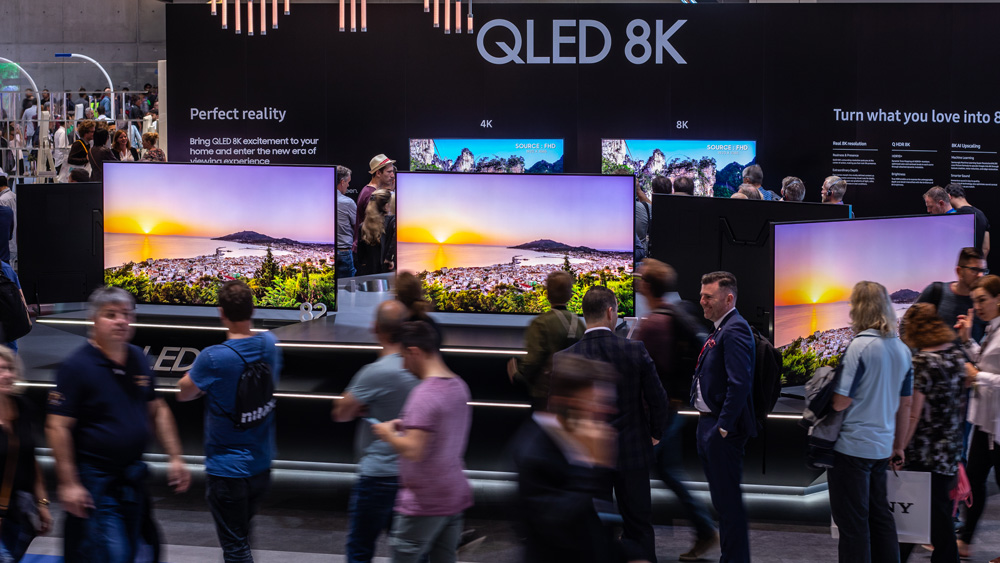 You’ve undoubtedly scanned the headlines about the brand new, gargantuan Sony (98-inches!) and LG (88-inches!) 8K TVs. But while their size is certainly eyebrow-raising, many are as baffled about the “8K” as its absurd scale. If you’re an early adopter or self-described futurist you’re probably well aware of 8K. But if you are just starting to wrap your mind around 4K, you might be wondering what exactly is 8K and is it worth the upgrade?

After all, doesn’t it seem like 4K TVs were all the rage just last week? That’s because they were. Tech always seems to move at rates faster than a teenager’s attention span, but it sure seems we are reaching a point of pixel inundation. And, in a way, we are. While the content, gaming and streaming technology is barely catching up with 4K, we are perhaps five years away from 8K content regularly reaching us. If that’s so, is there any reason to even consider going 8K? The answer is yes—but only under certain circumstances. Here’s our breakdown on deciding if (and when) to consider going 8K.

When it comes to selecting an 8K TV, size matters.  Photo by Daniel Krason/Shutterstock.

The term “4k” comes from the number of horizontal pixels across a display—technically the resolution is 3,840 x 2,160. That’s 8.3 million pixels for a display, or four times that of a more traditional 1,080p LED (1,080 x 1,920, which equals 2 million pixels). That certainly is impressive. However, 8K displays offer over 33 million pixels. This means that pixels are getting way smaller, so there’s more detail in the same square inch of screen space.

The main knock against 8K is that there’s literally zero content available in the ultra-high-definition format. Netflix, Amazon, Hulu etc. do not stream in 8K. Video games do not offer 8K resolution. There was a hint that Xbox’s upcoming top-secret Project Scarlett could offer 8K resolution, but that has been debunked (it’s more likely to be optimized for 4K). Netflix and its streaming ilk are just barely getting into the business of 4K content, so if there’s no 8K content to watch then what’s the point?

Worse, it will be some time until there is: You’ll have to wait until next summer for the 2020 Olympics to become the first program to broadcast in 8K—and that will only be in Japan. Nobody else has even hinted at an 8K broadcast. Lastly, the data requirements of 8K will be massive, so improvements in your home’s WiFi architecture—as well as a limitless data plan—will almost certainly be necessary (although 5G internet should mitigate these issues).

Although the 8K TV has arrived, its ultra-high-definition content has yet to catch up.  Photo by S. Gvozd/Shutterstock.

Also, we’re still not done supersizing. Numerous 12K TVs have already been shown at tech conferences, and Sony melted minds when they unveiled a Brobdingnagian 16K screen this year in Japan that measured almost 800-inches in size.

The other thing to point out about 8K TVs is that size matters. The naked eye cannot discern the resolution difference in 4K versus 8K on a screen under 80-inches so, really, the only reason to buy 8K is if you’re going to go BIG. That’s why most 8K TVs (and beyond) are only offered in comically large size options.

The naked eye cannot discern the resolution difference in 4K versus 8K on a screen under 80-inches.  Photo by Ghiuz/Shutterstock.

Despite all the reasons to forego the tech, there are several arguments for investing in 8K. First, if you have yet to buy a 4K TV, it makes sense to skip that step and future-proof your living room by investing immediately in an 8K TV.

But it’s not just about the future—8K will also help you today. Because 8K TVs boast much more powerful processors than even 4K TVs, their images will look better immediately out of the box. This matters especially when you’re upscaling content. An 8K TV will upscale 1080p content better than a 4K TV will, and will also upscale 4K content to 8K. So, all images will simply look better on an 8K display than on a 4K.

The Sony ZG9’s X1 Ultimate processor will upscale 4K images to closer resemble 8K by using AI to read and analyze the images in real time, so even inferior pictures will look better and sharper on your wall-size screen. Blacks will be even blacker and colors brighter, offering up to twenty times the contrast of conventional LEDs.

Plus, they offer superior HDR (high-dynamic-range) capabilities. Compared to most TV’s that offer standard dynamic range, all 8K TVs come with some form of HDR. This affects both the contrast and brightness of an image. If you see two TVs side-by-side, the one with HDR will pop with much greater vitality. HDR imaging shines most notably on complex textures like skin, hair, foliage, wood and stone. The sheen of Simba’s fur in The Lion King may look more realistic than that of your German shepherd sleeping next to you.

Sharp’s 8K Aquos at a Costco in Japan.  Photo by Ned Snowman/Shutterstock.

Manufacturers use a metric called nits to measure light output. While standard LED screens offer between 200 to 500 nits, new 8K models boast as many as 2,500 nits. In display technology, brighter is better.

And what about 12K screens—should you wait it out for that next-level tech? No. Even though 12K+ screens are coming, 8K really is the ceiling for the human eye, which maxes out at around 40-million pixels. 12K is utterly unnecessary unless you’re buying screens for the LA Coliseum.

Consider purchasing if and only if:

While there are a couple models available elsewhere on the planet (e.g. Sharp Aquos AX1-series, TLC 8-Series), as of today, there are only three manufacturers who have announced 8K TVs ready for the US market.

Samsung’s Q900R 8K is available in 55-, 65-, 75- and 82-inch frames. At around $3,500 for the 65-inch, it is by far the most affordable option so far. The Q900R is also the only model thin and light enough to mount on a wall, and features an “Ambient Mode” that imitates the wall’s color so it can all but disappear into the background. Google Assistant, Amazon Alexa and Samsung Bixby all come baked in.

At 98-inches and loaded with tech, the Sony Z9G is the best option of the bunch. But with a price of $70,000, it better be. Sony‘s X1 Ultimate processor is the best in the business, the subwoofer is deep and clean, and its Android Oreo interface is simple to use and easily customizable.

This one is available in an 88-inch frame for $42,000, perhaps the Goldilocks solution between the Samsung and Sony options. It’s powered by LG‘s Alpha 9 Gen 2 8K intelligent processor and loaded with Dolby Atmos, Google Assistant and Alexa as standard.