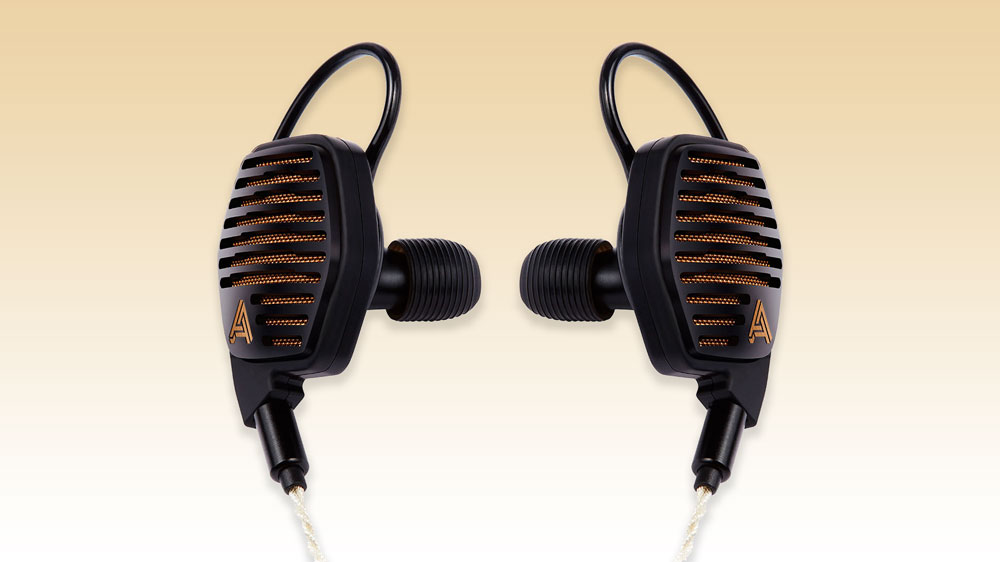 With the release of the $2,500 LCDi4 in-ear headphones, Audeze continues to explore the extremes of headphone design. The California-based hi-fi manufacturer was the first in the world to offer planar magnetic in-ear headphones (the iSINE10 and iSINE20), and the new LCDi4 is the ultra-high-end interpretation of that same innovative concept.

The term “planar magnetic” refers to a method of sound reproduction that utilizes a thin, clear film printed with a charged circuit that produces sound vibrations as it is pushed and pulled between two magnetic arrays on either side of the film. The LCDi4 utilizes the same technology employed by the company’s flagship LCD-4 headphones ($4,000), including the material used for the film, which the company claims is no wider than a white blood cell. After its initial launch earlier this year at the Munich High End show in Germany and stateside launch at the Los Angeles Audio Show, I had a chance to spend a few weeks listening to one of the first models.

The headphones make a good impression upon first glance, sporting an attractive and slightly understated retro design. As with past projects, Audeze collaborated with the team at BMW Designworks to develop the headphones’ aesthetic. The most noticeable cosmetic detail is the grill pattern on the outer surface, which is consistent with the rest of the Audeze product line and contrasts nicely with the bronze mesh underneath. I used the term “understated” because the headphones are not flashy (though they are quite bulky), and most would not guess that they cost $2,500 per pair based on their appearance. Those looking for glamourous, style-centric headphones should seek elsewhere; it is evident Audeze prioritizes audio quality and pride of ownership.

The production quality of the headphones and the included carry case are adequate. The headphones ship in a foam holder that doubles as a cable storage loop, which packs into a luxurious magnetic leather case. We noticed some glue residue still visible on the headphones and carry case, as well as some cosmetic issues with the included headphone cable. These concerns are worth mentioning considering the $2,500 price tag, but they are aesthetic, do not interfere with performance, and are possibly a result of how fresh our sample was off the production line. On the bright side, each design choice clearly prioritizes sound quality, such as magnesium housing, which helps maintain the bass frequencies. The open-back design and 32-ohm impedance means these headphones are best enjoyed in a quiet environment with a headphone amplifier.

I have never heard in-ear headphones with a better soundstage. Listening to a CD of the 1957 Riverside recordings of Thelonious Monk and John Coltrane, I perceived a real sense of space, almost as if the entire studio were surrounding my head—an experience replicated with every reference track I tested. They took some getting used to, because they sound completely different from other earbuds or in-ear monitors. The LCDi4 offers a sense of dimension that expands far beyond the headphones themselves, which is highly desirable for music genres like jazz, classical, vocal, rock, and other styles where instrument placement is important.

Another noteworthy characteristic of the LCDi4 is its completely natural presentation. Every frequency range is just right. Nothing is out of place, romanticized, or overemphasized. I was impressed when listening to a DSD copy of the track “Get Lucky” by Daft Punk, a song that contains equal parts bass and treble. Both ends of the spectrum blended effortlessly; I could hear the highest highs and the full extension of the bass below. The high-frequency electronic sounds sparkled, and the full bass notes had great extension and slam, evidence of the LCDi4’s astounding frequency response floor of 5 Hz. For non-electronic music, the headphones still offer wonderful midrange. Both male and female vocals sound fantastic. Orchestral pieces capture that elusive hall sound, and Jazz instruments exhibit vibrancy and realism.

The Audeze LCDi4 is a compelling piece of audiophile equipment that is at the vanguard of both innovation and high-end performance. This combination creates some mystique, as it is the only headphone of its type and caliber in the world (and its price point ensures it will only be heard by a select few). They are unlike anything I had ever heard before, and it will be a while before competitors can offer anything remotely similar. For listeners who prioritize soundstage and portability, the Audeze LCDI4 headphones are a must-listen.