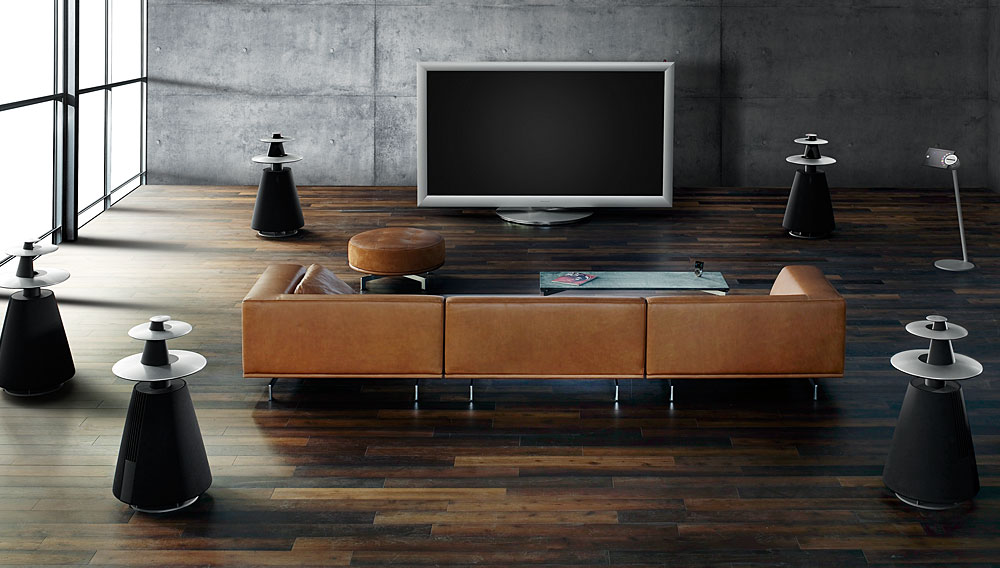 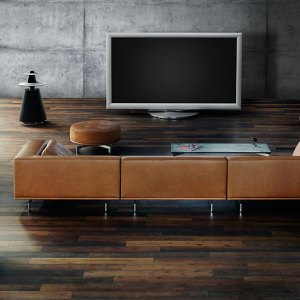 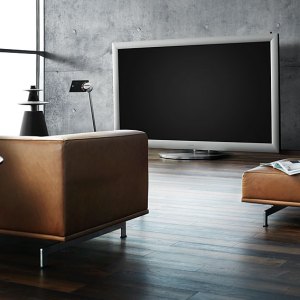 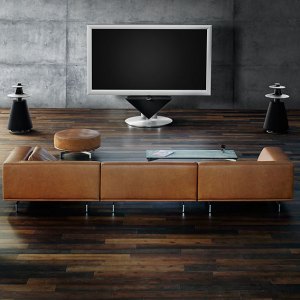 This TV from Bang & Olufsen is the ultimate for size and cool factor. With the BeoVision 4-103, the Danish manufacturer has taken Panasonic’s 103-inch plasma display panel—which won Robb Report’s Best of the Best prize in 2006—and added to it an array of functional accoutrements, as well as a sleek brushed-aluminum chassis. B&O-added functions include an electric motor that not only silently lifts the 600-pound monitor about two feet off the floor when activated, but is also able to rotate the monitor 20 degrees to the left or right. The TV is also equipped with a color-management sensor that automatically measures and adjusts color contrast and brightness according to the amount of light in the room.