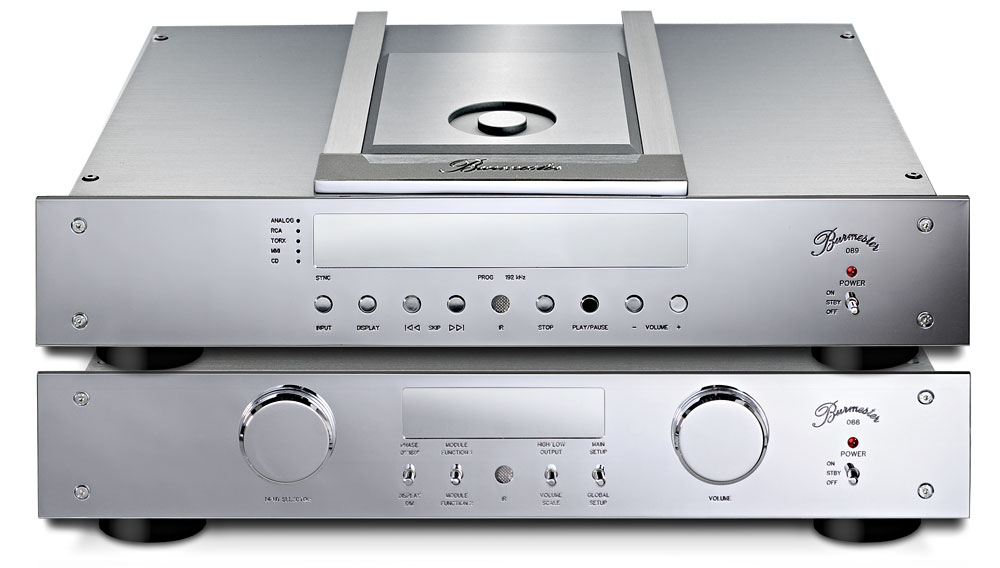 The new components use Burmester’s legendary X-Amp2 output stages to offer pure Class-A signal transference throughout. The result is an incredible richness of tone—one that is unlike anything else available at this price point. In the 088 preamplifier, each circuit has its own dedicated path, a concept that effectively eliminates wear on the unit’s transistors when constantly switching inputs and minimizes loss of signal strength over time. The 089 CD player avoids electrical jitter altogether, thanks to its belt-driven transport, which decouples the laser from the drive motor, and the solid-block construction of Burmester’s reference line. Together they produce a signal that rivals the world’s finest analog sources.