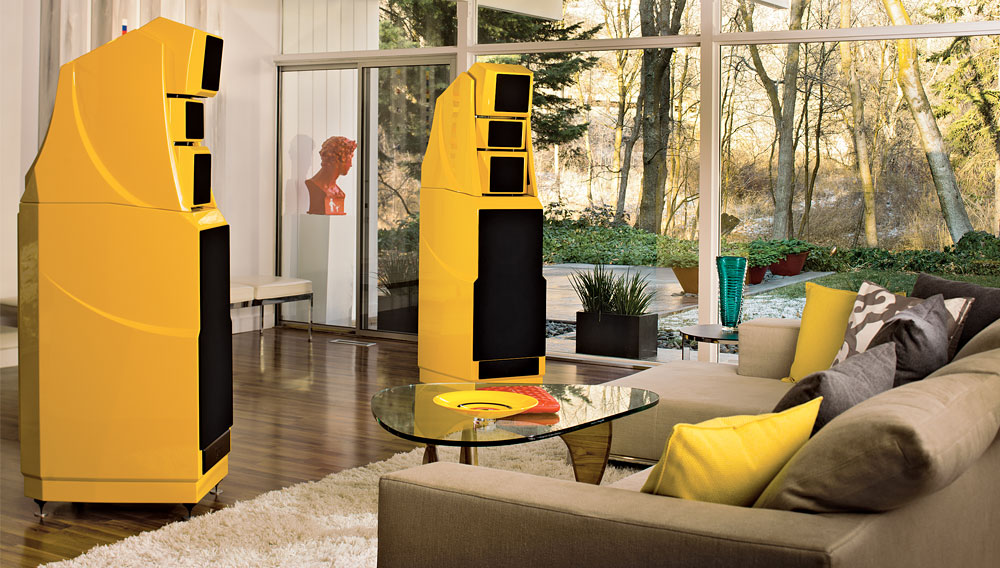 Dave Wilson has a clear goal when designing his loudspeakers. “I try to make my speakers sound like the real thing,” says the founder and lead engineer of Provo, Utah–based Wilson Audio, which began shipping its new model, the Alexandria XLF, in January. But achieving this goal is not entirely dependent on the design of the speaker itself: The acoustic environment often plays a key role in the quality of the audio reproduction. That is why for the new XLF speaker—the latest and greatest addition to Wilson’s widely praised Alexandria line, which the company introduced in 2003—Wilson incorporated an adaptable bass port to optimize the speaker’s performance for small and large listening environments alike.

With the first two iterations of the Alexandria line, Wilson noticed that the bass response suffered in large installations, in part because of those models’ front-firing bass ports, which limit the reach of low frequencies and thus the speakers’ ability to fill big rooms. Rear-firing bass ports, by contrast, direct audio from the cabinet backward, reflecting the sound against the wall behind the speakers to better fill spaces with greater volumes; however, the added reflections of a rear-firing port are less than ideal in small rooms. The XLF solves this problem with a patent-pending adjustable bass port, called the Cross-Load-Firing port, or XLF, that can fire either forward or backward. The 7.5-pound port module slides in and out of the lower portion of the bass cabinet like a drawer and can be easily affixed for either arrangement.

Additional refinements to the nearly 6-foot-tall, 600-plus-pound XLF include a 14 percent larger bass cabinet to facilitate low-frequency response, and sturdier internal bracing to increase rigidity. Wilson also fine-tuned the crossover points of the XLF to produce more seamless transitions between the speaker’s 13- and 15-inch subwoofers, two 7-inch midrange drivers, rear-firing ambient tweeter, and new front-firing silk dome tweeter, which has been in development for two years.

The Alexandria XLF speakers, priced at $195,000 per pair, are a remarkable achievement. They maintain the company’s trademark quality—with clean but soul-shaking lows, precise and impactful mids, and staggeringly detailed highs—in any size listening environment.