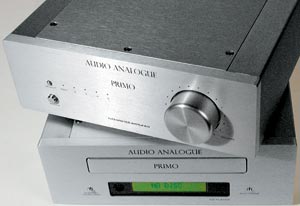 A secondary system that is first rate.

Fashion, technical innovation, and performance may be equally important considerations when selecting an entertainment system for an office, a bedroom, or any space that serves more than one function. With the rapid evolution and adoption rate of Apple’s iPod and its myriad rivals, wireless connectivity, digital radio, and flat-screen technology, it should come as no surprise that expectations for stylish secondary systems have never been higher. Today, they must be miniature repositories of the cutting edge.

With this in mind, we have made a computer the heart of our system. The Sony Vaio TR3 series ultralight notebook ($2,200 to $3,000, depending on specifications) will make even iBook owners envious. On its own, with the multimedia capabilities afforded by Windows XP and Sony’s digital music management, it will play just about every compressed, downloadable format, audio CDs, and video DVDs and even provide picture shows from your digital cameras. It also has its own digital camera built into the lid. At just over 3 pounds, it is the ultimate portable do-everything device—and light enough to sneak in under an airline’s carry-on luggage allowance.

Of course, you will not want to view movies on a small screen, so we suggest feeding the video output into the Sony KDL-32XBR950 LCD ($6,000), a 32-inch integrated HDTV that looks terrific hung on a wall or placed atop a credenza. Most flat-screen TVs have a similar appearance, but the Sony’s so-called floating glass design is quite alluring. The separate media box means that only one cable attaches to the TV itself; the other components plug into the box, which can be hidden in a cabinet.

The electronics for this system come from Audio Analogue of Italy. The stylish Audio Analogue Primo Settanta amplifier ($800) and Primo CD player ($800) are half the width of traditional components and sound good enough to satisfy the most finicky listener. The French supply the elegant Waterfall 5.1 Hurricane pack, which consists of five suitably sized flat Hurricane speakers and a subwoofer (about $5,000). The speakers can be angled left or right and are made of glass, which complements the design of the Sony—and any room in which they reside.