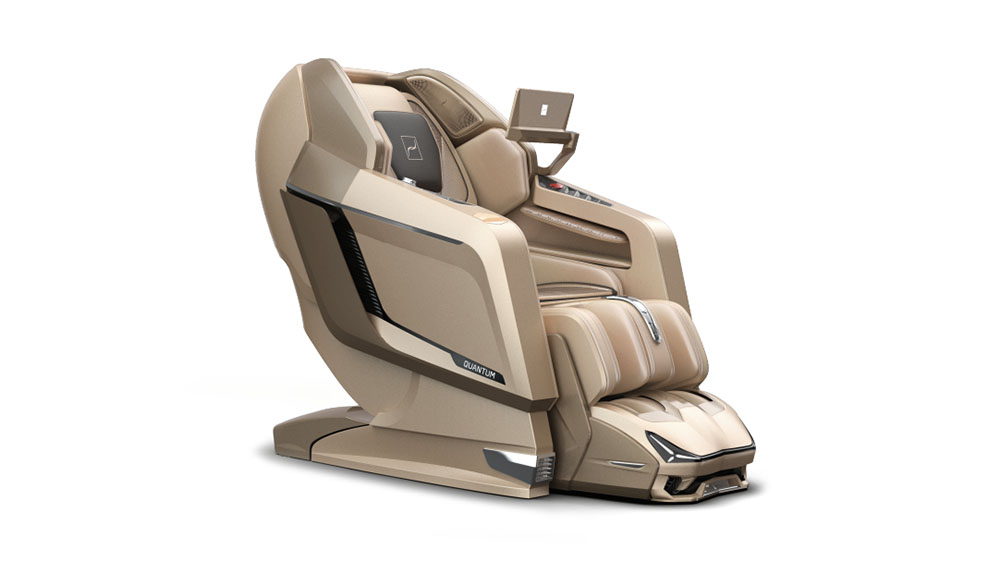 The Consumer Electronic Show is no stranger to over-the-top gadgets and appliances. But even in a year that featured a $335,000 robot chef, there still might not be a more ridiculous piece of tech than Bodyfriend’s Quantum massage chair.

The South Korean company’s latest massage chair looks like Captain Jean-Luc Picard’s seat onboard the USS Enterprise in Star Trek, and it has an outlandish list of features to match, including AI voice control, a Bang & Olufsen sound system and a blackout-proof power reserve.

Bodyfriend Quantum massage chairStanding 47 inches tall and weighing 335 pounds, the imposing chair looks more like an alien throne than any recliner we’ve seen. The bold and angular look won’t be for everyone, but we could see it working in modern spaces, like a themed game room.

Beyond the Quantum’s bold looks, Bodyfriend seems to have crammed every feature possible into the hulking chair. It features a Nava Clova AI Voice Recognition system that can be used to teach the chair what areas of your body need particular focus. There’s also an integrated Bang & Olufsen sound system so that you can listen to music or the sound coming from the videos you watch on the chair’s 10.1-inch full high definition touch screen. The entire rig is also powered by what Bodyfriend is calling the “world’s first” uninterruptible power supply, which includes an unspecified power reserve, so that you can receive a soothing full body massage during a blackout.

Unsurprisingly, a chair with all the Quantum’s features won’t come cheap. A representative for Bodyfriend told us that it will go on sale in April and cost $6,000.