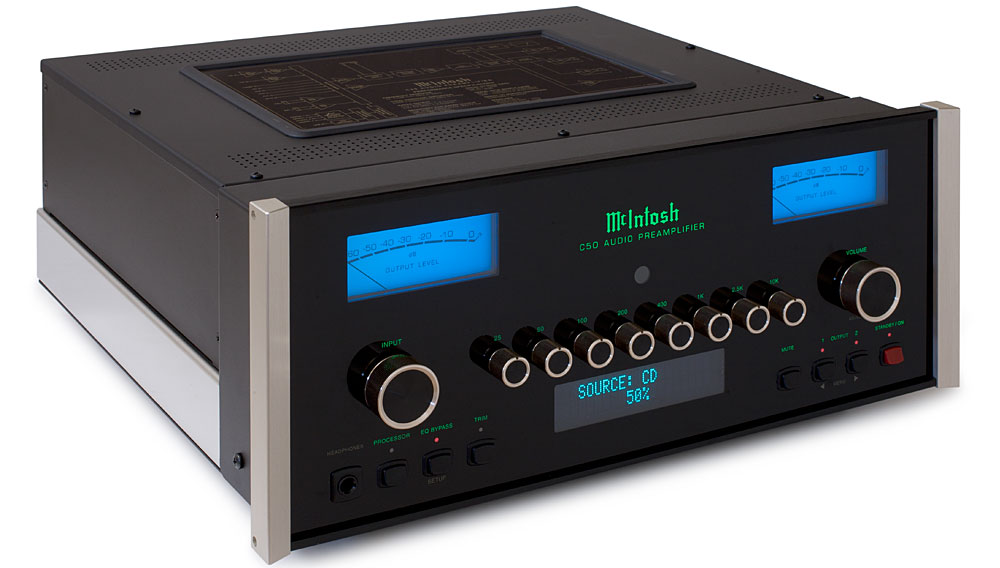 Serving as the ideal hub for all of the users’ analog and digital components, the C50 is, for some, the new flagship preamplifier control center from McIntosh. (Two-channel purists will likely prefer the brand’s C1000 or C500 models.) The highlight of the C50 is McIntosh’s proprietary Eight Band Tone Equalizer, which places eight knobs on the front of the box and gives users the ability to adjust manually the output tones on eight select frequency ranges. New for the C50 (as well as for its little sister, the C48), this function can be deployed or bypassed depending on which input the user selects. The C50 presents eight analog inputs, four of which can be assigned to digital devices, as well as two stereo balanced inputs assignable to any of the analog ports. For connection to a Mac or PC running a music program, a digital USB input offers playback of content that is ripped, streamed, downloaded, or accessed via the Internet. While the C50 will interface easily with any McIntosh amplifier, the company’s engineers designed it for pairing with the MC452 power amp.