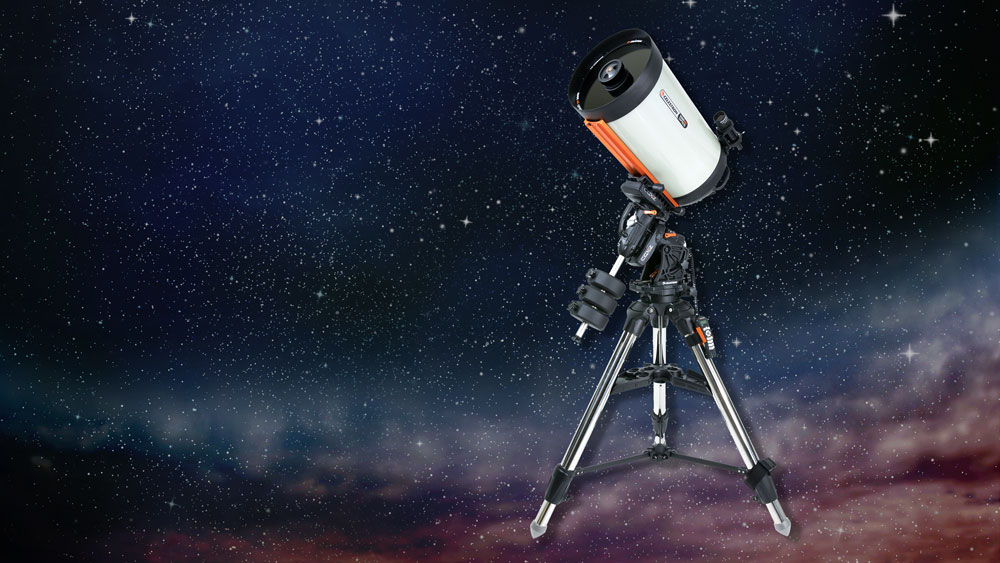 If the upcoming total solar eclipse on August 21 has sparked (or inflamed) your astronomical curiosity, you are in luck. Earlier this year, revered California-based optics brand Celestron introduced a new line of telescopes based around the new heavy-duty CGX-L mount that puts the majesty of the cosmos on full display.

The beefy new line comprises telescopes with some of the largest and most powerful optical tubes offered by Celestron, ranging in diameter from a 9.25-inch Schmidt-Cassegrain tube to the massive, top-of-the-line 14-inch Edge 1400 HD. The latter tube is so powerful, in fact, that on a calm and clear night, it can pick up the swirls in Saturn’s atmosphere and even the famous Cassini Division in the planet’s rings, as well as provide unparalleled views of faraway celestial objects, like the Great Orion Nebula and the Great Hercules Globular Cluster (a tight grouping of 300,000 shimmering stars in the constellation Hercules).

To carry these larger optics systems, the company engineered its new computerized mounts to maximize their load-to-weight ratio, eventually landing on a design that is capable of accommodating a 75-pound equipment load while weighing a manageable 98.8 pounds (the combined weight of the tripod and mount head). This means that while the telescopes are quite large, they can be moved around the backyard or even to a prime, offsite viewing spot with a little effort.

Once set up, the telescopes can be controlled using the included NexStar+ handset, which comes pre-programed with a database of 40,000 celestial objects—and the telescope can automatically align to any of them with the push of a few buttons. The mounts can also be controlled by Celestron’s new PWI Telescope Control software, which provides even more advanced target selection. They also feature four ports that can support additional accessories like a Wi-Fi adapter.

The new telescope collection ranges in price from $4,500 to $,8,500. Old pros who already have an optical tube can pick up just the new mount and tripod for $3,500. The CGX-L telescopes may not be the best for observing the eclipse (they are so powerful that they would only show a small portion of the action), but if the event has roused a curiosity about the cosmos, the new collection will give you front-row seats.