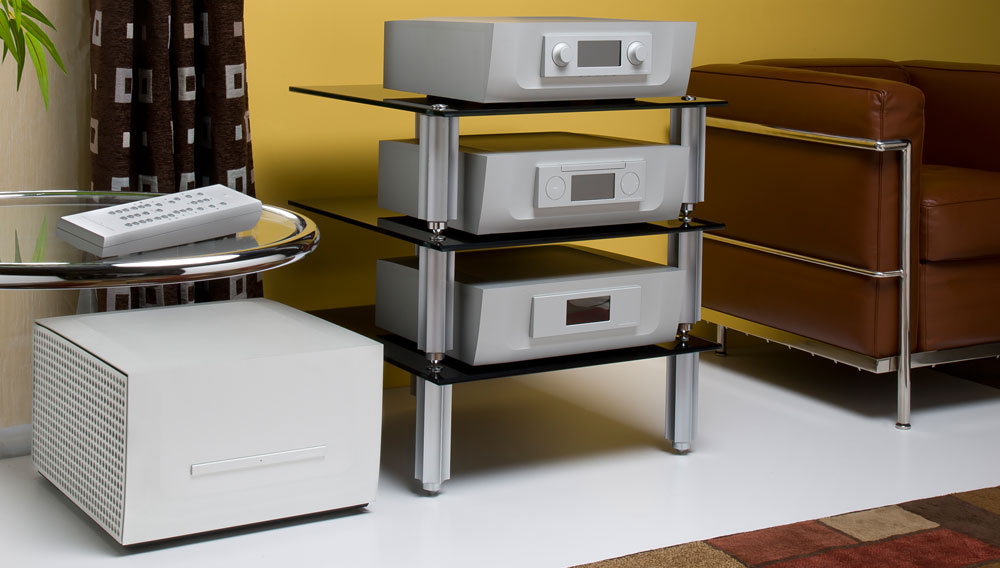 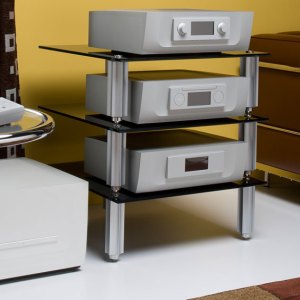 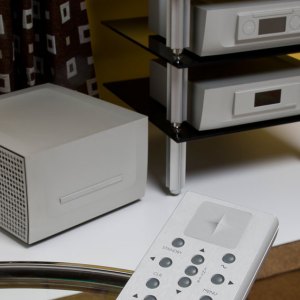 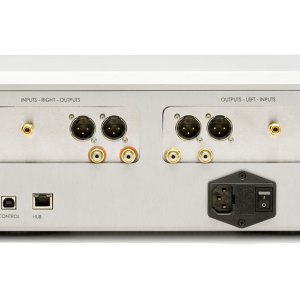 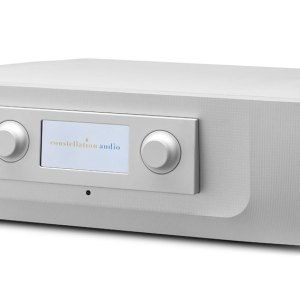 Arriving on the heels of Constellation Audio’s $345,000 cost-is-no-object Reference system—which launched in stages last year and pushes the limits of high fidelity—comes the Southern California manufacturer’s more “modestly priced” Performance Series. By simplifying and automating its manufacturing and assembly processes, and using fewer exotic parts, Constellation succeeds in creating components whose sound retains much of the Reference line’s boundary-breaking achievement. The currently available Performance components include the Virgo line stage preamplifier ($19,000); Centaur 250-watt stereo amplifier ($24,000), with the Centaur 500-watt monoblock amplifier ($48,000 per pair) to debut in March; Perseus phono preamplifier ($19,000); and Cygnus digital file player/digital-to-analog converter ($24,000) due out in April. The line’s surprising-for-the-money sound—the Centaur stereo amplifier, for example, creates a huge three-dimensional soundstage with bass so deep and tight that it shames many higher-priced monoblocks—is testimony to the vision of Constellation’s dream team of audio engineers, which includes John Curl, Peter Madnick, Demian Martin, and Bascom King. These wizards of audio reproduction reached for the moon with their flagship Reference line. With the addition of the new Performance Series, Constellation shines among the stars. (805.323.6005, www.constellationaudio.com)

Food, Flower, Design: Three International Talents Who Made It in Milan

3 Products to Warm Up Your Boots