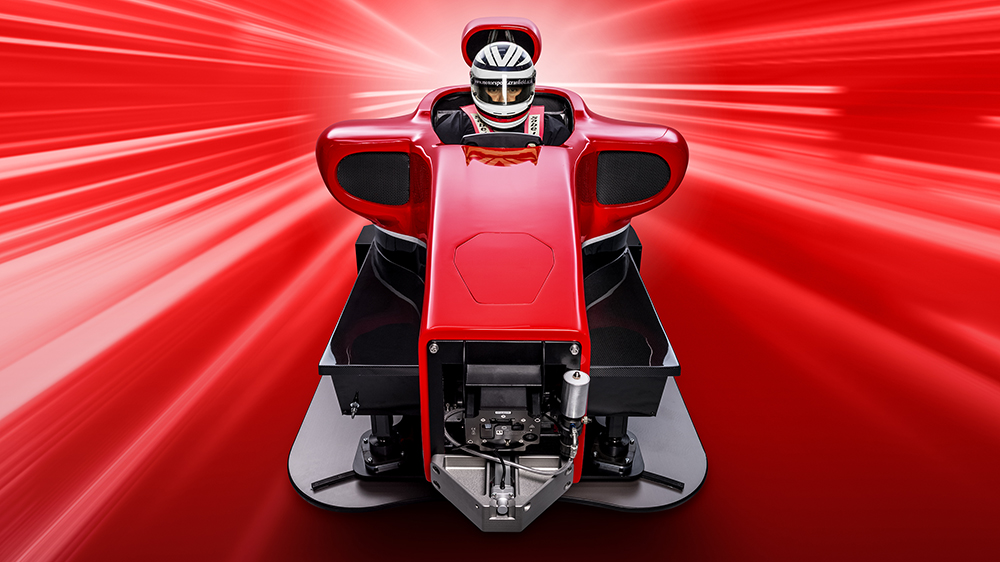 Imagine experiencing the rush of driving an Formula 1 race car without ever leaving the garage. No, not with a video game or VR but rather with a new full-motion simulator that will have you taking on Nürburgring right from your house.

The UK-based Cranfield Simulation has just announced the world’s first full-motion F1 Simulator designed specifically for the home. The high-tech setup promises to faithfully recreate the racing experience, allowing users to select any car and build specification and race it on any circuit around the world.

Cranfield racing simulator uses the same patented technology found in high-grade military simulators used to train fighter jet pilots. The impressive tech tricks the brain into feeling G-force sensations, creating a more immersive and authentic experience. It’s also the same system that has been used by F1, Nascar and other race car drivers for years to recreate the sensation of ripping around a race course at 200-plus miles per hour.

But it’s not just the tech that’s noteworthy about Cranfield’s simulator. The machine itself looks just like a real F1 car—just without the wheels, engine and other mechanical parts. Climb into the cockpit and you’ll find a professional-grade dash set-up, steering wheel and pedals. Together these elements come together to help the simulator recreate the feeling of getting behind the wheel of a real race car. The company will also fully customize the rig to your exact specifications.

“Most simulators used in motorsport are little more than fairground rides,” said Ian Poll, emeritus professor of aerospace engineering at Cranfield University. “This system, however, uses a variety of carefully tailored inputs to the body’s sensory system, and the driver’s brain interprets these to be the result of real accelerations being applied to the body. If the brain believes it, simulation becomes reality and the training value is considerably enhanced.”

If you’re interested in Cranfield Simulation’s F1 Simulator, you can reach out the company for pricing info. A simulator of this caliber won’t be cheap, but considering the costs of getting a real race car out on a world-class track, we imagine it’s a bargain.