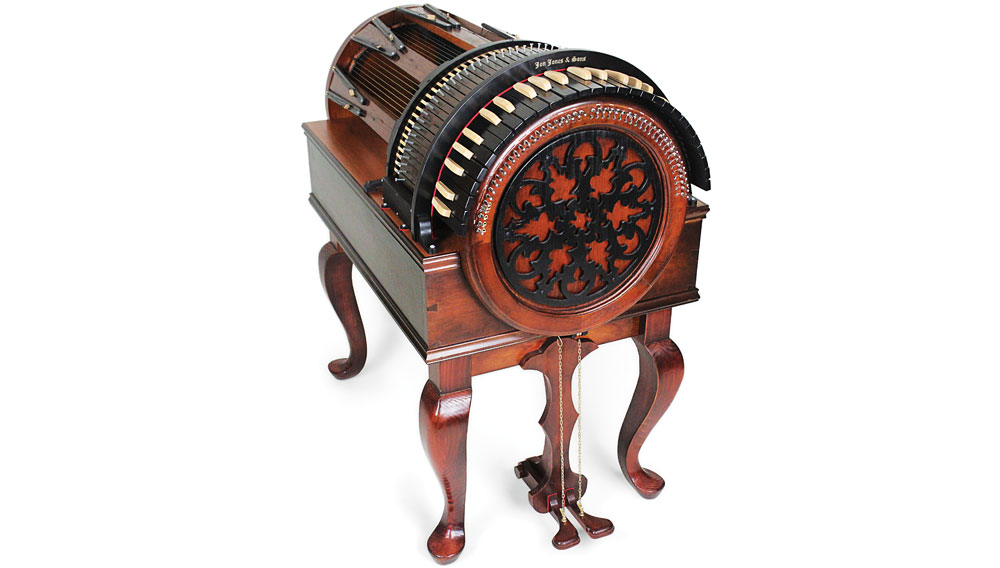 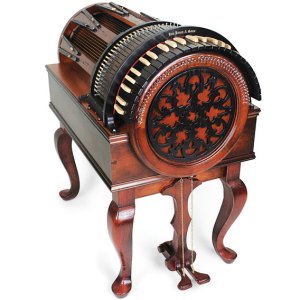 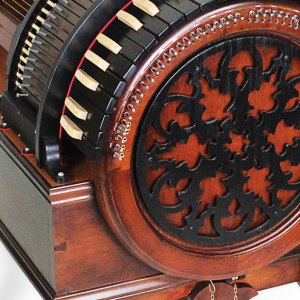 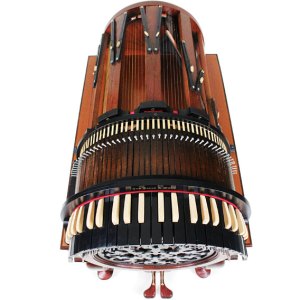 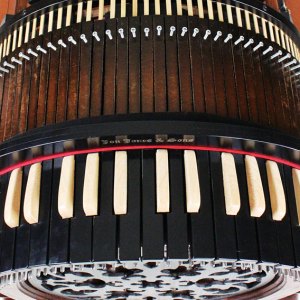 In the late 15th century, Leonardo da Vinci sketched plans for the viola organista, an instrument comprising a mechanism that would operate like an automobile fan belt, strings like those on a violin, and a piano-style keyboard. Touching a key would depress the corresponding string, causing it to be vibrated by the belt. This bowing action would produce the pitch of the string. Antiquity Music (310.439.2643, www.antiquitymusic.com) has unveiled an instrument that operates similarly to the viola organista, though the Los Angeles–based company says it was not aware of da Vinci’s instrument when it created the Wheelharp. First deliveries of the instrument, which is being offered under the brand name Jon Jones & Sons, are planned for February 2014. The five-octave version, priced at $11,900, features 61 keys on either a radial keyboard (shown) or a linear one. A wheel, rather than a belt, bows the strings, and the wheel is powered by a silent electric motor, not the hand crank that da Vinci envisioned. In the right hands, the Wheelharp can sound like a string orchestra.