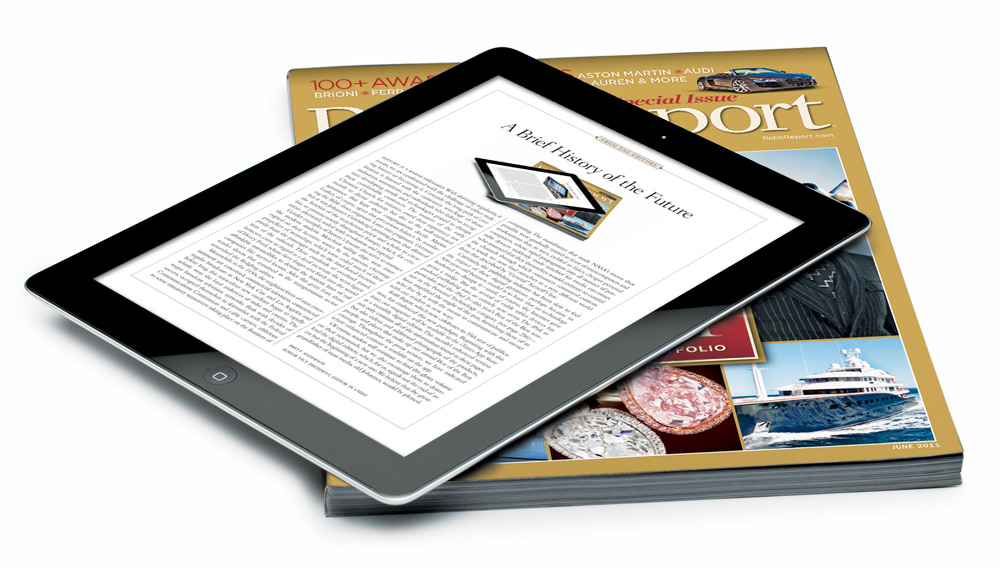 History is a harsh taskmaster. With alarming regularity, it seems, we are confronted with the challenge of either making history or becoming it. Certainly the long path of civilization is littered with the cautionary wreckage of those industries, institutions, and individuals that failed to recognize developing trends and technologies poised to disrupt their comfortable existences. The masters of the early Christian Church, for instance, owed their supremacy not merely to divine authority but also to the well-nurtured ignorance that kept their congregations docile. Martin Luther, of course, upset this precarious balance by translating the Bible from enigmatic Latin into pragmatic German, but it was Johannes Gutenberg’s printing press that allowed the heresies of the treacherous priest and scholar to circulate so promiscuously throughout Europe, which, for centuries afterward, roiled with revolution and reprisal.

Gentler examples of history’s lessons also serve to instruct the modern student. Merchant sailing ships were interrupted on their lucrative routes by the raucous, churning propellers of steamships, which soon ceded much of their profit from the passenger trade to the land-based locomotion of the railroads. These overlords of overland travel, however, came to regard as a devil incarnate the stern figure of Henry Ford, whose fiery forges sent forth into the world affordable automobiles to devour the bottom lines of rail companies like starved locusts. After this grim feast, those tender shoots that remained in the transportation sector nourished the fledgling airlines.

Meanwhile, in the 1930s, the mightiest form of mass entertainment yet conceived, commercial television, commenced regular broadcasts in New York City and Los Angeles; and before long, this miraculous new medium began to rapidly whittle away the loyal audiences of radio and cinema. The major broadcast television networks, flush with decades of success, occupied themselves in skirmishes with the Federal Communications Commission and cable carriers, oblivious to some minatory maneuvers taking place on the frontiers of computing. The mainframes that made NASA’s moon shot possible were gradually retired in favor of minicomputers and workstations that, in turn, yielded to faster, cheaper personal computers, whose rapid propagation into all manner of portable devices suddenly made mischief for media executives who assumed that they themselves would continue to control the channels through which consumers consumed content. As a result, we now find ourselves in a very different world from that described by “General” Sarnoff’s law.

Curiously, the publishing industry has been slow to feel the impact of these digital gyrations, perhaps because its 500-year-old business model is so basic that no technology bothered to disrupt it—until, of course, the Internet gave print a nudge. But the arrival of viable tablet devices has pushed publishing into an entirely new arena. The iPad, in particular, and the iPad 2—this year’s Best of the Best winner in the Personal Technology category (see page 256)—have amplified the might of the pen, furnishing those of us who live by it with the means to communicate and interact with our readers in new ways.

Robb Report, which now celebrates its 35th year of publication, has embraced this new paradigm. Beginning with this issue, our magazine will be available in the iTunes App Store as a monthly digital edition. This month’s enhanced version not only contains all of the information found in these pages, but also videos and additional photographs of the products, people, and places that make up our annual Best of the Best coverage. Throughout the print version, we have indicated where enhanced content is available on the app.

Of course, readers will continue to find this glossy volume on their newsstands, but we also encourage them to download the digital edition, which, for us, signals not the end of an era but the beginning of a new one. We believe that the great-grandfather of mass media, old Johannes, would be pleased.