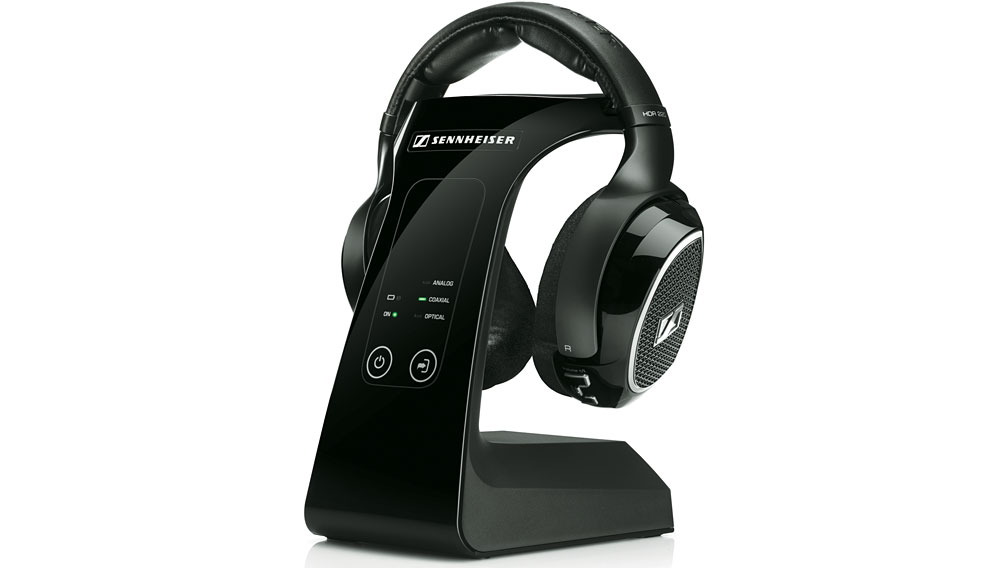 Wireless is not a word in the vocabulary of an audiophile. Sending audio signals without the use of cables always has meant interference, compression, and a loss of quality during the wireless transfer. But in today’s mobile-obsessed world, convenience is paramount to quality. The modern-day audio enthusiast wants to have his musical cake and eat it too, and after years of trial and error, longtime headphone expert Sennheiser now is ready to oblige.

“Today’s consumers want wireless with no compromises,” says Eric Palonen, a senior product specialist with the 67-year-old German brand’s American subsidiary, Sennheiser Electronic Corp. (www.sennheiserusa.com). “We have the technology now to do this.”

In January, Sennheiser unveiled a new generation of wireless headphones with its $600 circumaural (over-ear) RS 220. To deliver audio signals to onboard receivers, previous wireless headphone designs (including those from Sennheiser) utilized technologies like Bluetooth or Kleer. But there’s a downside to using Bluetooth technology—it requires a compressed audio signal to reach its destination. Kleer technology, which Sennheiser first implemented in 2008 with its inaugural wireless headphone model, the MX W1, uses a single 2.4 GHz frequency stable enough to transfer the audio signal without compression. The drawback to Kleer, however, is that 2.4 GHz falls within the same frequency used by cell phones, wireless local-area networks, and Bluetooth-enabled devices. Such a crowded frequency often produces audio signal transmission laden with interference, which distorts the audio.

“Also, as a by-product, the signal arrives at a later point than what you see on the screen,” Palonen says, referencing the use of such wireless headphones in home-theater applications. To address the signal degradation and latency inherent in Bluetooth and Kleer technologies, Sennheiser employed a direct-sequence spread-spectrum (DSSS) technique for the signal transference of the new RS 220 headphones.

“This is a frequency-spreading process in which the output signal is spread to a [frequency] width of 22 MHz,” explains Axel Grell, Sennheiser’s senior acoustical engineer. “If interference occurs at one point within this frequency range, the output signal experiences no interference, as the data is transmitted with redundancy. As a result, the overall sound quality is fully maintained.”

Combining the groundwork of its highly successful HD 600 series wired headphones with DSSS technology, Sennheiser created the RS 220 wireless headphones, which outperform their predecessors by leaps and bounds. The RS 220s support high-definition audio sample rates all the way up to 96 kHz and have a rechargeable battery enabling listeners to use the headphones for up to eight hours on a single charge. The RS 220 docking station charges the headset when docked and houses the system’s wireless transmitter, which offers a 300-foot line-of-sight range. The dock also is equipped with optical, coaxial, and analog inputs, so users can pair the headphones with almost any high-fidelity music or multichannel home theater source.

The wireless RS 220s represent one of the most exciting innovations in headphone technology to date, and according to Palonen, the quality of audio reproduction that the RS 220s deliver often leaves audiophile skeptics speechless. “You must deliver the appropriate balance of performance,” he says of the revolutionary wireless headphones. “Technology has a proven track record of producing better, more powerful components year after year, and we’re finally at a point where this combination is available to the consumer with respect to the quality they should expect from the Sennheiser name.