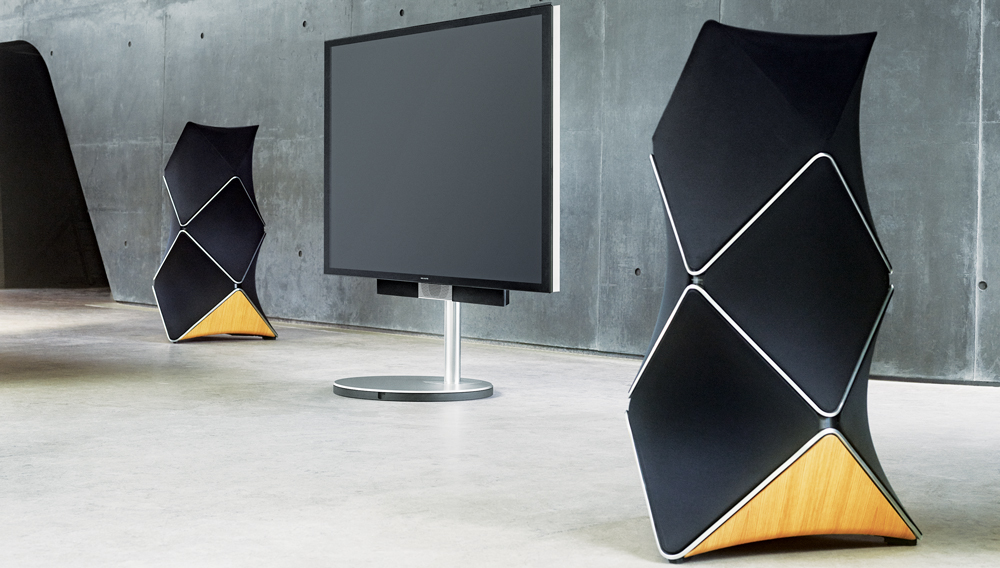 For this gift, Robb Report has assembled a Bang & Olufsen entertainment system (about $129,000) around the Danish manufacturer’s new flagship loudspeaker, the BeoLab 90. The speaker stands more than 4 feet tall, weighs about 300 pounds, and looks like a cubist sculpture. In addition to a pair of BeoLab 90s, the package includes the 85-inch BeoVision Avant 4K TV, two BeoLab 20 surround-sound speakers, and a BeoSound Moment music server.

Each BeoLab 90 speaker is equipped with 18 drivers and 14 IcePower onboard digital amplifiers that deliver a total of 8,200 watts of power. The drivers have a 360-degree orientation instead of the traditional linear arrangement, with three tweeters and three midrange drivers on the front panel of the five-sided upper cabinet and four stacked tweeter/driver sets on the remaining sides. In the lower portion of the cabinet, which is made from aluminum, are a trio of 8.3-inch woofers and a lone 10.2-inch subwoofer that produces a forceful low-frequency response. Bang & Olufsen has equipped the speaker with technology that optimizes the sound for the room by accounting for frequency irregularities and eliminating unwanted reflections. The technology also tailors the sound to the size and preference of the audience.

The BeoVision Avant TV features a drop-down center-channel sound bar for multichannel audio, and the wireless BeoLab 20 speakers offer rear-channel audio. The BeoSound Moment is the brand’s latest touchscreen music server, offering wireless access to digital music libraries and other sources. Like the rest of the system’s components, the music server can be controlled with any tablet or smartphone.

This gift must be purchased through the buyer’s local Bang & Olufsen dealer as individual products.