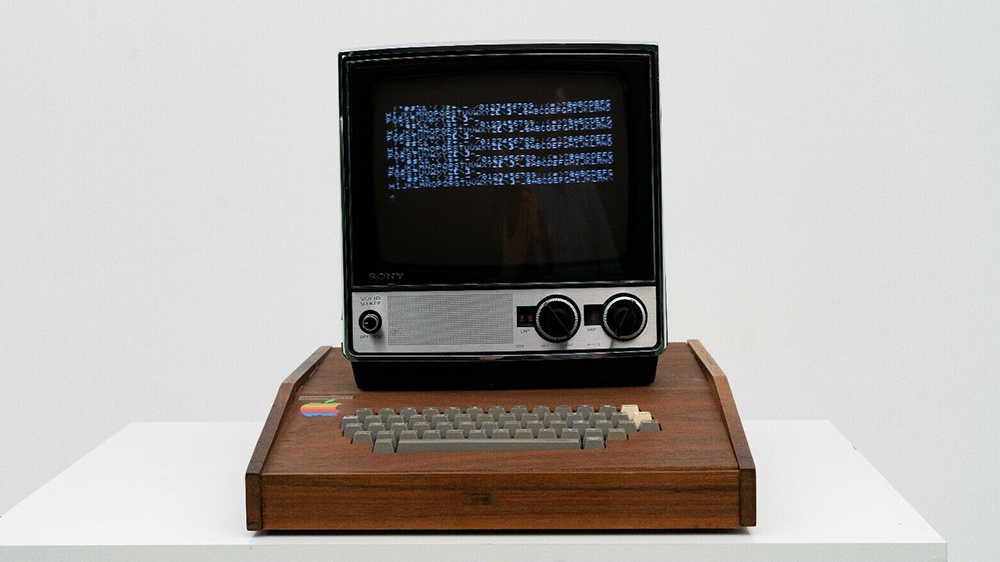 It’s not every day that you get a chance to own a piece of history. But today is one of those days because a remarkably well-preserved example of the computer that put Apple on the path to global domination just popped up on eBay.

You can now buy one of just six Apple-1 computer systems still in their original cases on the e-commerce website for a cool for $1.5 million. This is a unique opportunity, because not only is this the most well-maintained model of the lot, it’s the only one not currently in a museum.

While the Macintosh 128K or iMac G3 are more renowned Apple computers, this is the model that actually kicked things off. Introduced in April of 1976, it is the first computer Steve Wozniak designed and hand-built for the company while it was still being operated out of Steve Jobs’s parents’ garage in Mountain View, California. The actual computer is still in its original Byte Shop KOA wood case, which has helped keep it protected, and it features the factory Datanetics Version D keyboard and power supply. A period Sony TV-115, the display recommended by Jobs, is also included.

This Apple-1 is just one of 63 known to exist, only six of which are still in working condition 44 years later. Obtained by the seller in 1978, this specific example was verified as original by Apple-1 expert Corey Cohen in 2019. It also comes a certificate of authenticity signed by Achim Baque, curator of the Apple-1 Registry. This computer is entry number 79 in the registry.

It should be noted that while the seller is seeking $1.5 million for the computer, it does appear there is some room for negotiation. The listing will allow you to submit your best offer, though there’s no guarantee they’ll bite. While we don’t yet know what the final sale price will be, we imagine it’ll make the $53,799 you’d spend on Mac Pro with every possible add-on look like a bargain.