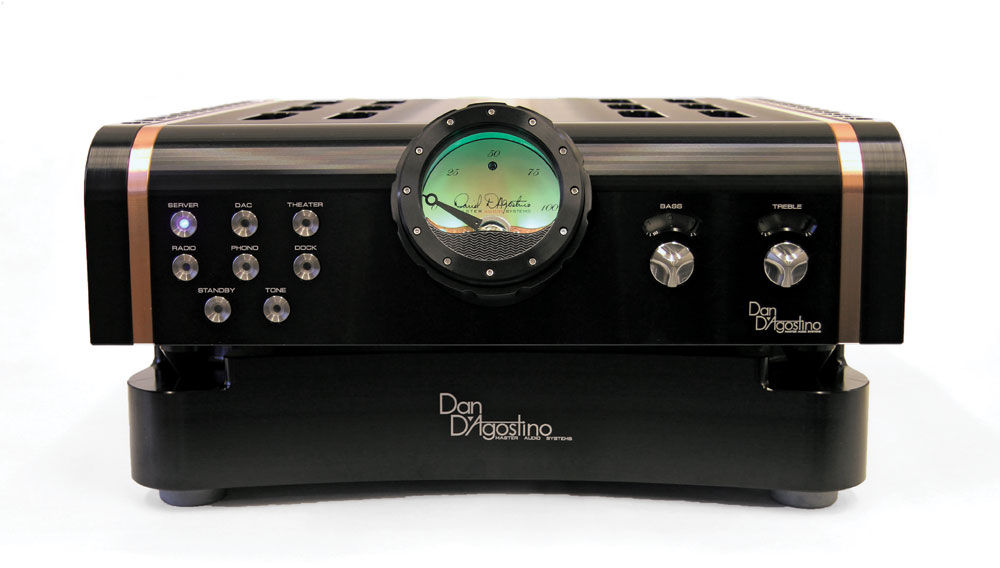 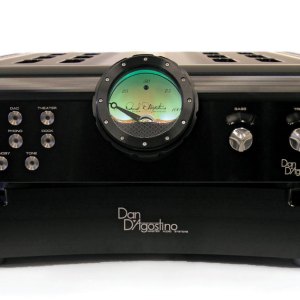 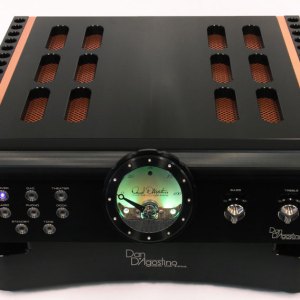 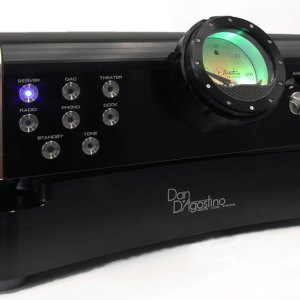 After 30-plus years producing industry-leading equipment, the audio engineer Dan D’Agostino remains at the top of his game. The Momentum power amplifiers and preamplifiers that he launched four years ago, not long after forming the Dan D’Agostino Master Audio Systems brand, have become the darlings of audiophiles—for their looks as well as their performance.

The latest addition to the Momentum lineup is a $42,000 integrated amplifier that combines the functions of the Momentum preamp ($32,000) and stereo amp ($30,000) without compromising the capabilities of either component. It produces a potent 200 watts of power into 8 ohms and is equipped with six balanced XLR inputs. “We use the same parts and circuit boards in the integrated as we do in the preamp and amplifier,” says D’Agostino.

The integrated amp sits atop an external power supply. This configuration, according to D’Agostino, helps minimize electromagnetic interference. Including the power supply, the amp is 9 inches tall and 120 pounds.

Like the other Momentums, the integrated model is a rarity among amps because it utilizes copper for the chassis. Copper absorbs heat 91 percent faster than aluminum, enabling the Momentum amps to run at about 105 degrees Fahrenheit. This relatively cool operating temperature contributes to the stability and longevity of the unit’s sensitive internal electronics. It also allows D’Agostino to fit the capabilities of two reference-grade components into the integrated amp.

Additionally, copper contributes to the Momentum amps’ unique appearance, which includes design elements that reference two of D’Agostino’s interests outside of the audio world: vintage automobiles and mechanical watches. “The gauges are supposed to replicate some of those used in older Bugattis,” he says, “and the meter movement is sculptured after a watch tourbillon.” Compelling as his amp designs may be, D’Agostino is quick to note that aesthetics are secondary to performance. Each of the Momentum amps is available in silver or, for an extra $2,500, matte black.

Before establishing his namesake brand in 2009, D’Agostino was the lead engineer at Krell Industries, the audio-systems company that he founded in 1980. Throughout his career, D’Agostino, who is now in his 60s, has also consulted for numerous leading hi-fi brands. These include Wilson Audio, whose speakers he uses to calibrate the Momentum amplifiers.

D’Agostino says that, like his other products, the integrated amp has no signature sound; it is a pure conduit for the music, though it does include tone controls for enhancing or reducing the bass and treble responses. The tone controls have dedicated amplification to retain the fidelity of the source signal.

The integrated amp requires hardwired sources, but D’Agostino is working on a digital version that will operate wirelessly with virtually any digital source (and with analog sources). “I’m going to put everything into one product,” he says. “All you’ll have to do is buy a pair of speakers.”