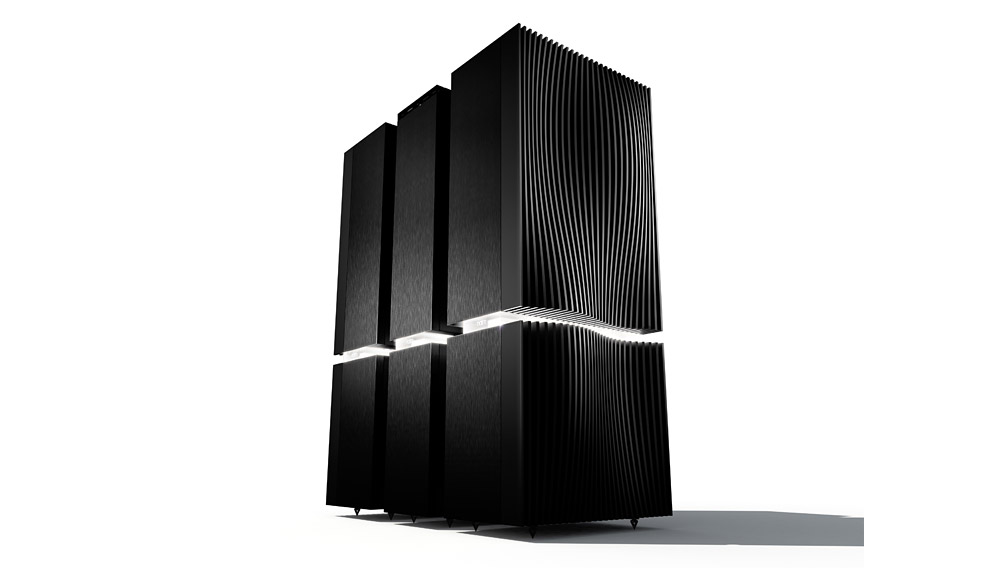 In early January, the 2014 Consumer Electronics Show (CES) welcomed to Las Vegas more than 150,000 attendees, which the Consumer Electronics Association says beats the attendance record set at the 2012 CES. The vast majority of these attendees crowded the Las Vegas Convention Center, but the nearby Venetian Hotel hosted a smorgasbord of demonstrations for the world’s leading high-fidelity audio-equipment manufacturers. And while this year for these companies proved to be more evolutionary than revolutionary, the ongoing resurgence of vinyl was readily apparent, with more turntables being demoed with new gear than in recent years. The show saw a few newcomers to the high-end analog stratosphere to help push the boundaries of what consumers will pay to spin their favorite vinyl records. On the other end of the spectrum, high-resolution digital audio was all the rage, with Direct-Stream Digital downloads showing great promise as a legitimate audiophile music source. Across analog and digital, here are a few of the hi-fi audio components that caught our attention at this year’s CES.

While Audio Research’s beastly power amplifiers often take the spotlight at hi-fi tradeshows, the Audio Research SP20 preamplifier ($9,000) stole the show this year. The SP20, which marks a return of sorts to the company’s roots, is a full-function preamplifier that includes a high-quality onboard phonostage, allowing owners plug in their turntable. (www.audioresearch.com)

The Cube integrated amplifier ($15,000, available this spring) was certainly one of the most interesting-looking products at this year’s show. The Cube takes advantage of the revolutionary SAGA amplifier technology, from its parent company Siltech, to deliver 200 watts per channel. It also features an optional Wi-Fi streaming module and a “Cubissimo” remote control. (www.crystalcable.com)

As with the rest of the company’s lineup, the Indigo Qualia DAC ($39,000) is a true statement product built to last for generations. It is also the Japanese company’s first DAC (digital-to-analog converter). Considering that Qualia’s $65,000 phono preamplifier has become a reference standard for many audiophiles, it is no wonder that the sound quality of the Indigo DAC is equally compelling. (www.qualiahighend.com)

CH Precision has been pushing the limits of state-of-the-art sound for the last few years now, and the forthcoming CH Precision M1 amplifier (price to be announced) furthers that effort. Providing lightning-quick yet completely non-fatiguing audio reproduction, the preproduction version of the M1 at CES left visitors to the CH demo room fixated on the music and wondering what was under the hood. They will have to wait until the spring, when deliveries are expected to begin. (www.ch-precision.com)

The master amplifier designer Dan D’Agostino wowed the audio world in 2011 with his Momentum monoblock amplifiers, combining a stunning mix of new and old-school aesthetics. Gradually, the Momentum range has filled out to include a stereo amplifier, a preamplifier, and now the D’Agostino Momentum Integrated Amplifier ($45,000), for those who demand high performance from an amp that requires only the addition of a music source and speakers. The integrated amp is scheduled to begin shipping in March. (www.dagastinoinc.com)

The Meridian Prime headphone amplifier ($1,995) is the British company’s foray into high-end personal audio. The small, stylish enclosure mirrors the look and feel of Meridian’s G-series products. The amp features a full-blown Meridian DAC, complete with Meridian’s “apodizing” filter, which optimizes playback of digital music. For vinyl lovers who want to get up close and personal with their record collection, the Prime also offers a pair of analog inputs. (www.meridian-audio.com)

The legendary U.S. turntable manufacturer VPI has never been lax on innovation. And the company’s latest tonearm, the VPI JMW 3-D-printed tonearm ($2,500 for the 10-inch version; $3,000 for the 12-inch version) is now available as an upgrade on all VPI turntables. VPI produces the JMW, which was paired with the company’s $30,000 Classic Direct turntable at the show, using a 3-D printer normally reserved for advanced prototyping. The result is an analog-accessory masterpiece. (www.vpiindustries.com)

An evolutionary step after the .5 series of class-A power amplifiers from the mind of Nelson Pass, the new Pass Labs .8 series amplifiers ($12,800 to $40,000 per pair for the monoblocks amps; $6,400 to $13,500 for the stereo amps) continue the Pass trend of sonic ease and boundless power reserve. The .8 amps started shipping in January. (www.passlabs.com)

Naim takes a giant step beyond its award-winning 500 series with the Naim Statement ($200,000 for a set of two monoblock amps and a preamp). These components—the NAP S1 monoblock power amplifiers, which deliver 740 watts per channel into 8 ohms, and the NAC S1 Line preamplifier—were a perfect match for the mighty Focal Stella Utopia EM speakers that Naim paired them with at CES. The Statement amps are scheduled for first deliveries in July. (www.naimaudio.com)

The Minneapolis manufacturer Bel Canto flew into the stratosphere of high-end audio last summer with its Black MPS1 PowerStream monoblock amplifiers ($15,000 each). Now, with the Bel Canto Black ASC1 ($20,000), the company has completed the package. According to the company’s president, Michael McCormick, the ASC1 is not a preamp. Rather, it is an “asynchronous stream controller,” which comprises a high-performance master clock that controls all input signals and volume levels before delivering the music to the MPS1 PowerStream monoblocks. The sonic results were absolutely stunning. (www.belcantodesign.com; www.belcantoblack.com)