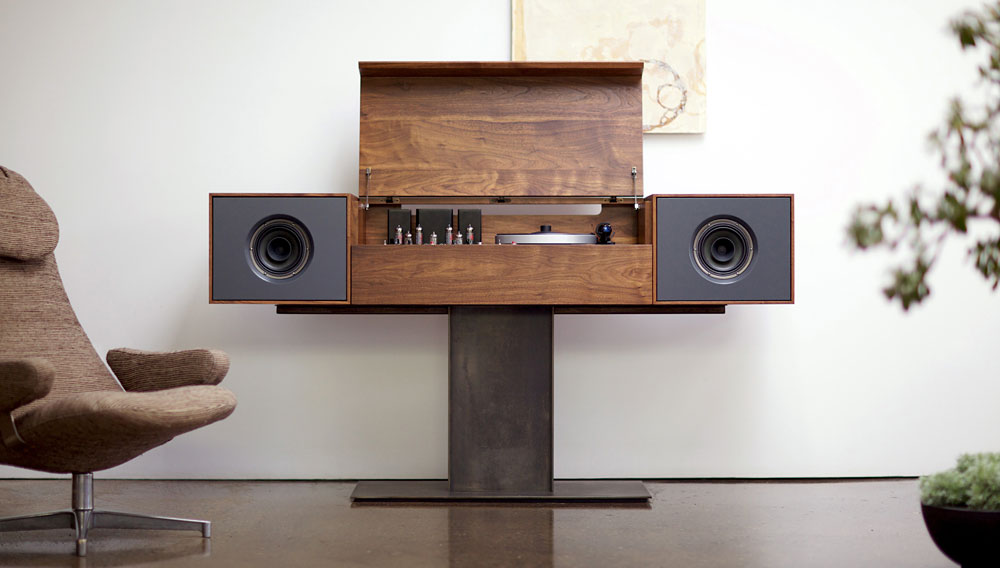 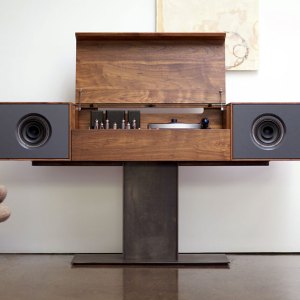 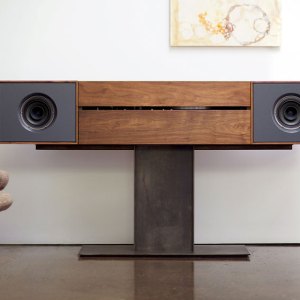 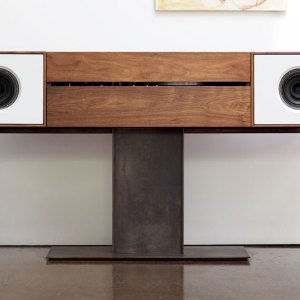 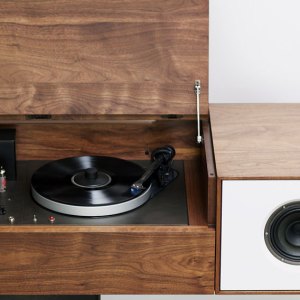 A great selection of high-tech items are available that are sure to satisfy any dad this Father’s Day. From an all-in-one analog audio system to stylish audiophile-grade headphones to top-of-the-line TVs, here are some of the hottest toys on the market.

Symbol Audio Modern Record Console (about $26,500) Symbol Audio’s all-in-one Modern Record Console harks back to systems from analog’s golden age. In addition to vinyl playback—thanks to a built-in Pro-Jectturntable with a carbon-fiber tonearm and a Sumiko Blue Point #2 phono cartridge, as well as vacuum-tube-based amplification—the system allows for wireless streaming of digital audio from computers or personal media devices. The American walnut cabinet has a steel base with a hand-applied patina. (845.358.9430, www.symbolaudio.com)

Bang & Olufsen BeoPlay A9 ($2,700) Designed to resemble a piece of furniture, the A9 speaker system from Bang & Olufsen’s BeoPlay sub-brand streams music wirelessly from most personal devices or directly via line-in or USB inputs. Users can adjust volume levels by simply waving a hand over the A9, which is available in white, black, brown, green, red, or silver. (866.520.1400, www.beoplay.com)

Denon Artisan AH-D7100 (about $1,200) Denon’s AH-D7100circumaural headphones deliver a frequency response that ranges from an ultralow 5 Hz all the way up to 45 kHz, thanks to a new driver design that is more like that of a loudspeaker than of a pair of headphones. The ear cups are crafted from mahogany reinforced with glass fiber casing, and the headphones themselves weigh less than 1 pound. Memory-foam ear pads covered in buttery-soft synthetic leather provide superior comfort during long listening sessions. (201.762.6500, www.usa.denon.com)

Meridian Explorer ($299) This nifty little device is the ideal tool for traveling audiophiles who listen to high-resolution music files from their laptops. Weighing less than 2 ounces, the USB digital-to-analog converter provides an enormous boost in the quality of computer-based music files with resolutions as high as 24 bits/192 kHz. The aluminum-shelled Explorer connects to a computer’s USB port via a detachable cable. The user then plugs a listening device into the Explorer’s standard headphone jack or connects it directly to an external audio system using its 2-volt fixed line-level output. One listen to music files of any resolution delivered via the Explorer reveals just how much musical detail was missing before. (646.666.0140, www.meridian-audio.com)

McIntosh McAire ($3,000) This desktop fully-integrated wireless music system outperforms all its competitors.The McAire is easy to use and wirelessly syncs with any Apple mobile device or computer using AirPlay, or with a home-network music library via the back panel’s Ethernet input. It also offers a wired connection via USB or RCA inputs. The McAire features dual 2-inch midrange drivers and dome tweeters, as well as two down-firing 4-inch woofers located behind the faceplate with dual bass ports on the rear and underside. Internal digital amplification powers all of the McAire’s drivers, filling even large rooms with a big soundstage, solid bass, and crystalline musical details. (800.538.6576, www.mcintoshlabs.com)

Sony XBR-84X900 4K TV ($25,000) The biggest and best TV model from Sony, which began shipping last fall, offers four times the pixel countof the previous highest-resolution monitors. Due to the lack of 4K video content commercially available, Sony offers the enormous set with a hard-disk server that connects to the TV and is preinstalled with 10 4K movies. From Taxi Driver (1976) to The Amazing Spider-Man (2012), the included films showcase the full extent of the TV’s capabilities. Sony, which helped pioneer the Blu-ray Disc in the early 2000s, is also releasing Blu-ray movies enhanced for 4K starting this spring. This summer the company also plans to launch a distribution service for its 4K movies, which will be available as an add-on to the hard-disk servers. Any 3-D titles from Sony’s library will display in all their glory on the XBR-84X900, and the TV also allows for passive viewing of 3-D video content using the same technology found in commercial theaters. (239.768.7547, www.sony.com)

Samsung F8000 75-inch TV ($9,000) Of the five Samsung F8000 TVs, the 75-inch model embodies what Samsung does best. It features a sleek bezel that is 0.3 inch at its thinnest point, as well as a newly designed curved stand for those who choose not to mount the TV on a wall. Technical highlights include the first quad-core processor in a Samsung TV, to enable ultrafast browsing of the set’s countless smart features and content apps, as well as an edge-lit array of LEDs behind the LCD screen. Samsung also implemented a microdimming system able to separately dim hundreds of screen zones, along with precision black-level hardware that helps to ensure optimal contrast. (800.726.7864, www.samsung.com)