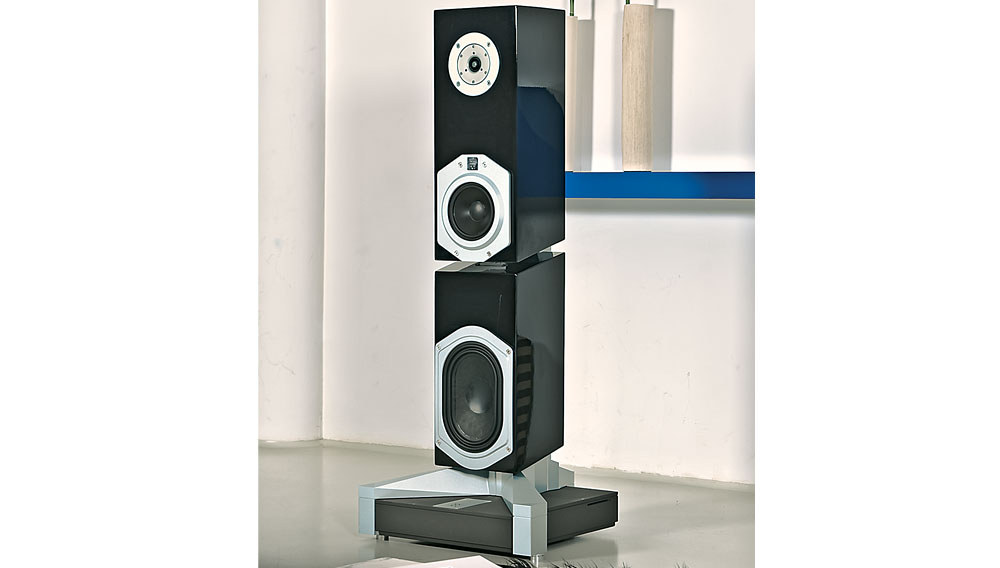 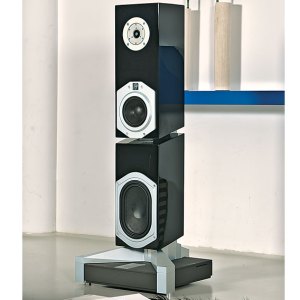 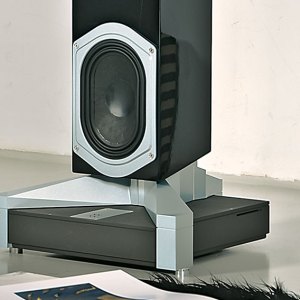 Like most audiophiles, Angel Guadalajara has always had a love of live music. But as an electronics and acoustic engineer, he has also been obsessed with faithfully reproducing the experience at home, an obsession that the Spaniard passed down to his son and business partner, Javier. “My father has a very deep passion to feel the same emotions from reproduced sounds that he experiences from a live concert,” Javier explains. “And he could find no speakers that delivered the same feeling.”

So the Guadalajaras set out to make their own. Angel—a classical-music lover, high-end audio distributor, and consultant—developed a variety of speaker technologies starting in the 1970s before eventually dropping his other businesses to focus on a line of active speakers with Javier. They founded Wadax in 2005, and in January they introduced the culmination of nearly 30 years of research and labor: an elegantly designed two-unit system that combines the convenience of active and digital technologies with audiophile-grade music reproduction. Instead of a cumbersome combination of speakers, power amps, preamp, and other components—and all the messy cables connecting them—the Wadax system simply comprises a pair of La Pasión loudspeakers and a multifunction PRE1 preamplifier. A slim RJ45 cable connects them. Both units, which are assembled from components produced in Spain and Switzerland, were designed by Ochoa y Diaz-Llanos, a Spanish industrial-design firm.

The Wadax system delivers audio reproduction on a par with some of the best traditional analog setups. Each of the La Pasión speakers ($106,500 a pair) uses three onboard amplifiers and digital-to-audio converters (DACs), which are hidden within the solid, mechanically isolated base to power each of the drivers. A 5-watt Class A amplifier provides current to the internal DAC driving the proprietary tweeter, while separate internal 400-watt Class D amplifiers power the Audio Technology–sourced midrange driver and Wadax-built woofer. This setup keeps the signal in the digital domain until 30 inches before it hits the drivers.

“We tried several analog circuits, but they had many limits,” Javier says. “The only way we could overcome these limits was by using digital signal processing, and so we migrated from the analog domain to the digital domain to gain accuracy, resolution, and dynamics.”

The PRE1 ($32,500) houses a proprietary phono stage for vinyl playback in the digital domain; a process called custom mapping records the performance of the analog source in order to optimize it. The unit also houses a superb DAC for digital media playback, and offers a digital streaming module as a $4,300 addition. This recording and playback streamer, called Hermes, is controlled via a personal computer, iPad, iPhone, or similar device and allows the playback of high-resolution (24-bit/192 kHz) digital music files.

The La Pasión speakers and PRE1 are sold separately, and each can easily integrate with any audio system. But together they produce a mouthwatering midrange, rock-solid bass, and exceptionally smooth highs—a pathway to auditory bliss that indeed transports musical performances from the concert hall to the home.