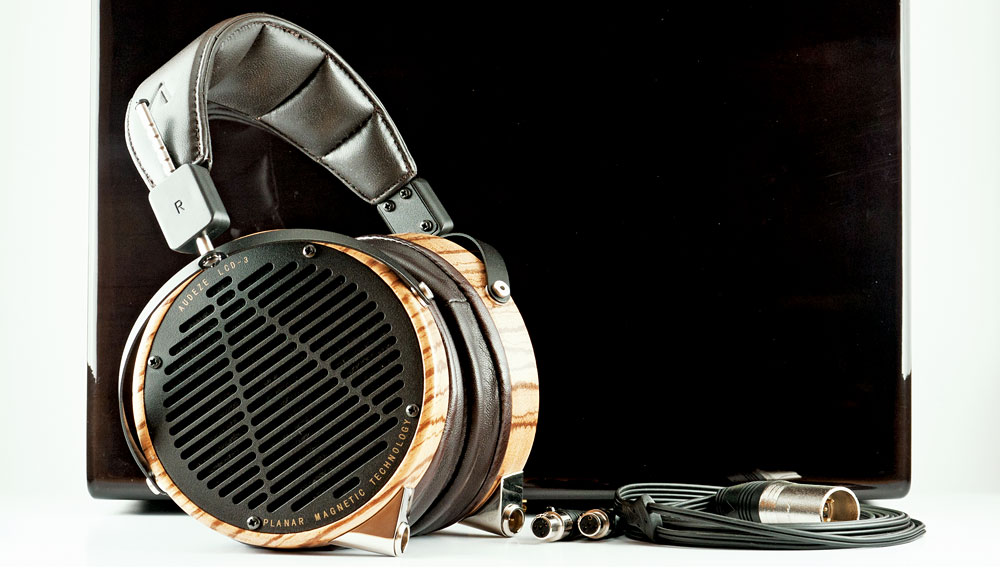 Compared with the biggest names in the high-performance-headphone business (Sennheiser, Grado, Beyerdynamic, Stax), Audez’e is in its infancy. But the Southern California manufacturer, which recording- and film-industry veteran Alexander Rosson cofounded in 2009, ascended straight to the top tier of full-size-headphone producers with the $945 LCD-2. (The company’s inaugural release, the LCD-1, had a short run meant for market research.) Many critics hailed these handsomely designed circumaural headphones as among the world’s finest pairs. Now, with its third effort—the $1,945 LCD-3—Audez’e has improved upon its auspicious beginnings.

The LCD-3, which began shipping in November, offers a number of refinements that help transport listeners to another world. Beyond the aesthetic appeal of its zebrawood ear cups and the comfort provided by its buttery-soft lambskin ear pads, the LCD-3 features an improved planar-magnetic-transducer system that delivers powerful, virtually distortion-free sound. “The LCD-3 transducer is a totally different design than that of the LCD-2,” says Rosson. “The magnetic structure is different, and the LCD-3 transducers use 33 percent more magnets than the LCD-2 transducers.”

In the LCD-3, the transducers—one for each ear cup—drive 6.17-square-inch ultrathin circular diaphragms that are mounted under tension (similarly to the head of a drum) between rows of the neodymium bar magnets. When audio signals pass from the magnetic transducers through the diaphragm, the diaphragm moves in and out to produce sound. Thanks to their large size and extremely low mass, the transducers generate much lower distortion than do convential drivers found in most other headphones.

The additional magnets in the LCD-3’s transducers create a stronger magnetic field that offers more efficiency and motion control. For the LCD-3, Audez’e also developed new diaphragms that are thinner than those of the LCD-2—and one-fiftieth the thickness of a human hair. The company uses a proprietary metal alloy for the new diaphragms that generates higher electrical conductivity than the aluminum used in the previous model. “Higher conductivity provides higher current density and a stronger driving force,” says Rosson. “Connecting this with lower diaphragm mass, the performance of the LCD-3 is noticeably improved, especially in providing a much better sense of microdetails for music and vocals.”

Indeed, the impact of the LCD-3’s various upgrades in audio reproduction is significant, with smoother and faster response times, an extended and more detailed sound (especially on the high end), improved imaging, and a tighter low end. The headphones especially shine with quieter acoustic music, such as Gillian Welch’s heartfelt album The Harrow & the Harvest. The sheer intimacy of the sound through the LCD-3 draws you in to the point where it seems the bluegrass diva is playing just for you.