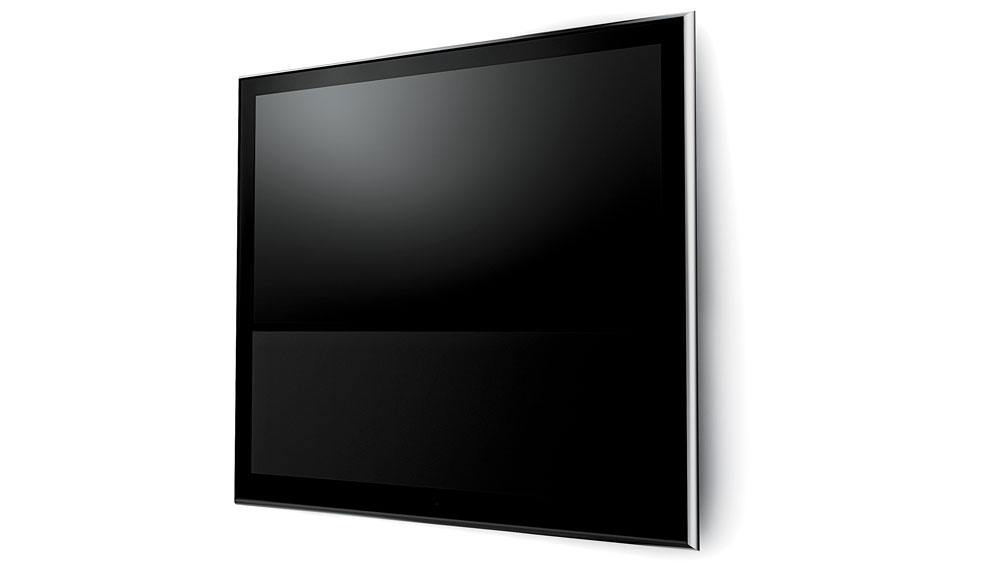 When hanging on a wall, Bang & Olufsen’s new BeoVision 10 resembles a work of art as much as it does a television. But hanging seems an inappropriate term for describing how B&O’s latest model appears when mounted in its high-gloss aluminum frame. “The purpose of the frame is to create an optical illusion,” says Zean Nielsen, president of the Danish audio/video company’s American division. “It makes the screen look even thinner than it already is, almost like it’s floating on the wall.”

Scheduled to debut in the United States this spring, the 40-inch BeoVision 10 extends less than three inches off of a wall when mounted. This ultraslim profile—which incorporates a hinged bracket that affords a 45-degree manually adjustable viewing range—presented a dilemma for B&O’s engineers. “It was a big challenge to make the television so thin and still deliver big sound,” says Nielsen. “We believe very much that sound is half the picture.”

B&O’s engineers performed this balancing act by placing an open bass port behind the display panel, and treble and midrange drivers in a closed cabinet beneath it. The design allows for a broad frequency range and a sound-reproduction quality that is second to none for a 40-inch television.

The BeoVision 10’s picture is also in a class of its own. The TV, which is expected to cost between $6,500 and $7,500, features a full-high-definition, Samsung-derived, LED-edge-lit LCD screen that provides arguably the best display-panel video reproduction available today. Incorporated into the system is an optical guiding technology that distributes light evenly across the screen for a clear, consistent picture with deep blacks and a rich color gamut.

B&O offers the screen with an antireflective coating for use in environments with less-than-ideal lighting. The company also offers numerous speaker-grill color options, which should enable the BeoVision 10 to float in any home.