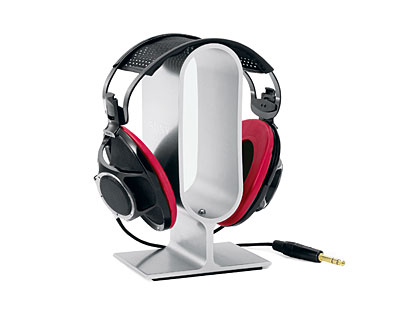 If you were the CEO of an electronics company, you would never have to sort through a confusing collection of digital cameras with the help of a teenage salesperson who knows less about the products than you do. You would simply ask your people to choose the right product and deliver it. This is exactly the privilege that members of Sony’s exclusive Cierge program enjoy.

The Cierge program grew out of Sony Corp. of America Chairman and CEO Sir Howard Stringer’s appreciation for the service his employees offer him. Jacqueline Krueger, who now directs Cierge, explains: “When Howard Stringer joined the company, he had me out to his home to make sure he was equipped with the latest Sony products. Later, when he introduced me to celebrities and other CEOs, he would say, ‘Take care of them the same way you take care of me.’” Three years ago, Cierge became a formal program.

Cierge members enjoy privileges normally limited to Sony executives. They receive invitations to private screenings of upcoming Sony films, exclusive previews of future Sony products, loans of Sony electronics that interest them, gift packages of recent Sony DVDs and CDs, and the kind of technical support ordinary consumers can only dream of. “Cierge has a dedicated technical support team,” says Felicia Alexander, West Coast manager for Cierge. “It’s not one of those 1-800 numbers where you’re on hold forever. The longest I’ve had to wait to conference a client in with a product specialist is 10 seconds.”

For many clients, Cierge provides custom home entertainment systems through Sony-certified instal­l­ers. A Cierge representative visits the client’s home at no charge and creates a proposal. Even the installation experience itself is a cut above. “We send a team of instal­l­ers wearing Sony uniforms, and booties on their feet so they don’t scratch your floors,” Krueger says. “They clean up afterwards, and they provide a certificate of installation and full documentation.”

The staff’s recommendations are not limited to Sony products. “My job is to give the customer a best-of-breed solution,” Alexander says. “We might recommend a Crestron control system, Canton speakers, or a Russound multiroom audio system.”

As Alexander demonstrates products from Sony’s upscale Qualia line for me in the Los Angeles Cierge showroom (Miami and New York City also have showrooms), I experience something electronics retailers almost never provide: the feeling that the person helping me knows more than I do. No matter which product categories I want to discuss, Alexander is like a walking web site, instantly conversant with model numbers, specifications, and features.

One cannot simply join Cierge: It is invitation-only. “Sony executives sometimes recommend people for membership, and we allow our most enthusiastic members to invite their friends into the program,” Krueger says, noting that American Express Centurion cardholders automatically become Cierge members. “We don’t advertise or promote the program. The kind of people who will enjoy Cierge tend to attract each other.”