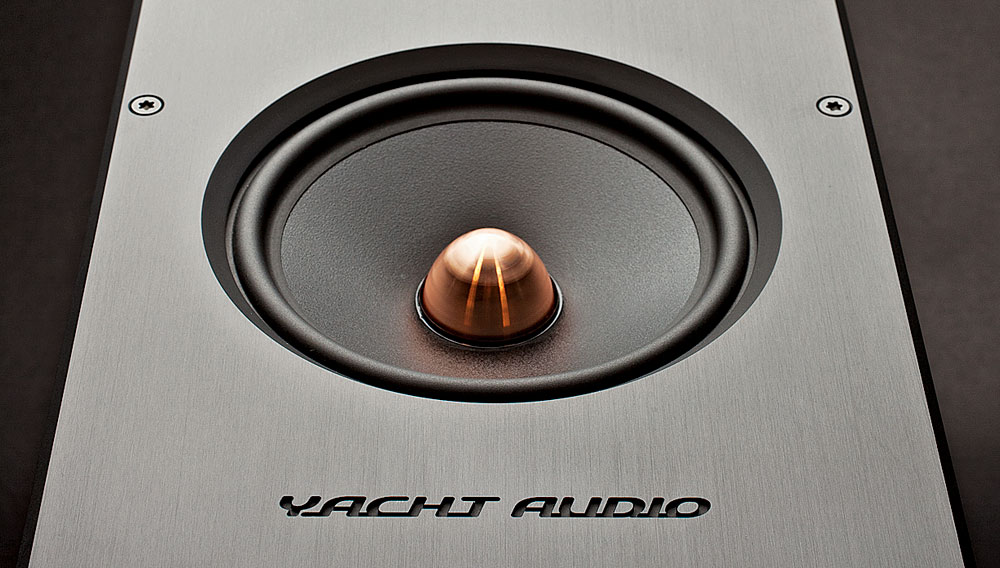 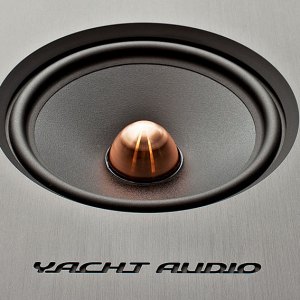 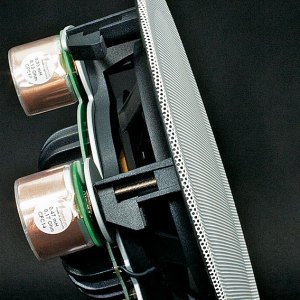 A person who spends a reported $1.2 billion to build the world’s largest yacht is not likely to settle for second best. Eclipse—a Blohm & Voss boat that was delivered in 2010 and is still, at 533 feet, the largest yacht—was commissioned by a well-known but reserved Russian who also happens to be an audio enthusiast. During construction, while searching for components to include on the cost-is-no-object vessel, the ship’s project management team discovered Yacht Audio, a German company founded in 2002 as a marine-market distributor for high-end audio gear.

“When we were contracted for the Eclipse project, we did a large presentation for the [yacht] owner at Blohm & Voss in Hamburg,” says Jens Bordasch, the founder and managing director of Yacht Audio. “We set up a very nice Burmester system, and the owner loved the quality, but he wanted in-wall speakers. At that time, there were no really high-end in-wall speakers—so we immediately began development.”

Two years and hundreds of thousands of R&D dollars later, Yacht Audio presented the owner of Eclipse with samples of its own in-wall speaker and in-ceiling speaker, hoping that they would live up to his unusually high expectations. He was so impressed with the speakers that he installed them throughout the yacht. The owner also had the speakers installed on his smaller boat (377 feet) and started spreading the word among fellow oligarchs and megayacht owners.

Yacht Audio has since installed its in-wall and in-ceiling speakers on a handful of other significant boats. This August, the company for the first time released production units of the speakers to the public—or at least to the members of the public willing to spend from $10,000 (in-ceiling) to $25,000 (in-wall) per pair.

To produce the Yacht Audio speakers, which are available for both marine and residential applications, Bordasch and his team had to design and build some 30 tools specifically for the manufacturing process. The nearly 2-foot-high in-wall units, with front baffles made from 20-plus layers of heavy-duty vibration-eliminating tankwood, weigh a hefty 45 pounds apiece. The speakers’ folded-foil tweeters are based on the Air Motion Transformer design and are set between pairs of 4-inch magnesium mid-bass drivers, each with their own die-cast-aluminum housing unit.

Each of the speakers in a Yacht Audio configuration is independently amplified and free from signal processing, allowing for banks of in-wall and in-ceiling units to serve as single stereo channels. The sound from the in-walls disperses outward, while the sound from the in-ceiling speakers “rains” down from above, more than adequately filling any size listening room with an enormous three-dimensional soundstage.

“The idea right from the beginning was to create [an audio] solution for owners spending hundreds of millions [of dollars] for a really big boat,” Bordasch says. “They want the absolute best quality. Our goal was to go far beyond that.”