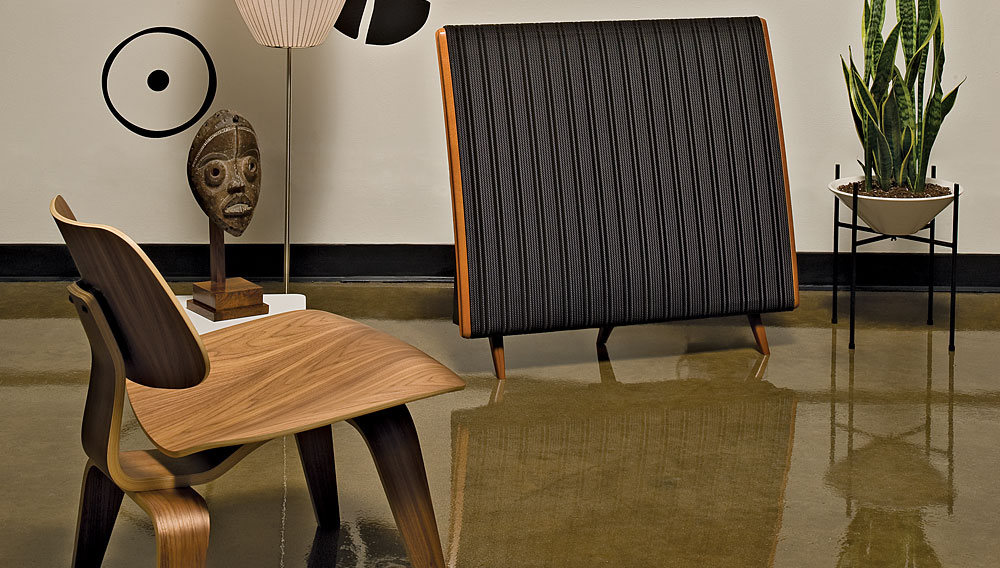 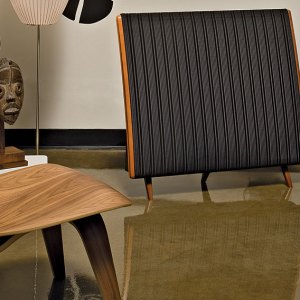 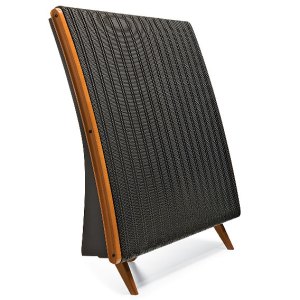 Rare is the product that achieves legendary status through groundbreaking performance and longevity in the marketplace. On the automotive scene, we have the Porsche 911. The watch realm has its Rolex Oyster Perpetual. In women’s fashion, Roger Vivier’s stiletto heel continues to delight shoe connoisseurs. And in the audio world, there is the Quad, a loudspeaker that went on the market in 1957 and remained in production for nearly three decades. Industry professionals and audiophiles alike generally agree that the Quad—also commonly referred to as the ESL-57—is one of the most important products in the history of music reproduction.

Today’s gargantuan towers and kilowatt sound systems may impress with their dynamic range, earth-shattering bass, and high-frequency response fit for bat-eared listeners, but those in the know regard the Quad as the benchmark for accurate sound reproduction.

British engineer Peter Walker invented the ESL-57 and produced and sold it under the brand name Quad through his company, the Acoustical Manufacturing Co. Quad is an acronym for Quality Unit Amplifier Domestic and originally was the name of an Acoustical Manufacturing Co. amplifier. Founded in 1936 in Huntingdon, England, Walker’s company eventually became Quad Electroacoustics (www.quad-hifi.co.uk).

In a quest to make bigger, better, and more commercially viable loudspeakers, Quad Electroacoustics phased the ESL-57 out of production in the mid-1980s, to the lament of purists who had grown accustomed to the magic of Walker’s little wonder.

Unlike conventional electrodynamic speakers, which employ magnets and cones to move air, the Quad is an electrostatic design. Behind its curious metal grille are three gently curved planes known as electrostatic elements. Because the ultralight diaphragms of the electrostatic panels have almost no mass, their transient response is lightning fast. The result is transparency and naturalness in the crucial midrange frequencies—the make-or-break measure of a great loudspeaker—and the leitmotif of the Quad.

In addition to providing harmonic correctness, high-frequency articulation, and spaciousness—the standard laundry list of loudspeaker attributes—the Quad puts sonic images on target as precisely as William Tell did with his arrow. It arranges instruments in accurately proportioned space and reproduces the human voice in a way that no other speaker can.

The Quad ESLs were not all sweetness and light. They were limited in bass and maddeningly directional, and they were prone to failure when driven to earsplitting volumes with unsuitable amplifiers. Most have been abused to the point of partial or total failure, and those that have survived have lost efficiency because of the gradual breakdown of the coatings on their stator plates and diaphragm membranes. With replacement panels no longer available from the factory, owners have sought myriad remedies, from performing homemade repairs to purchasing new panels from the German firm QUAD Musikwiedergabe (www?.quad-musik.de), which has been licensed to manufacture the original design since 1996. However, the company employs materials different from those used by the original manufacturer.

To some Quad connoisseurs, the best-sounding ESL-57s are the ones brought back to life by Quads Unlimited of Longwood, Fla. Wayne Picquet, the company’s perfectionist owner, is known among the cognoscenti as the go-to guy for improved, 21st-century Quads.

Beginning with an original pair of ESL-57s that he sources himself or the customer provides, Picquet rebuilds the midrange/treble and both bass panels, and replaces with new, higher-quality parts the high-voltage supply, the capacitors and resistors of the filter network, and the wiring, all to tighter-than-original tolerances and specification. The result is a pair of Quads balanced to within .5 dB of one another and capable of producing greater volume, deeper bass, and higher highs than the originals could. The price for a complete restoration of a pair of customer-provided speakers starts at about $3,500.

For volume addicts who want their fix louder and with a giant soundstage, Quads Unlimited builds columns of double- and triple-stacked pairs for prices ranging from about $5,000 to about $25,000 per pair. Quadaholics have long regarded stacked ESL-57s as the ultimate Quad cocktail. Others of us prefer a single pair of Quads, enjoying Monk’s “Straight No Chaser” and other classic tracks neat, as God and Peter Walker intended.