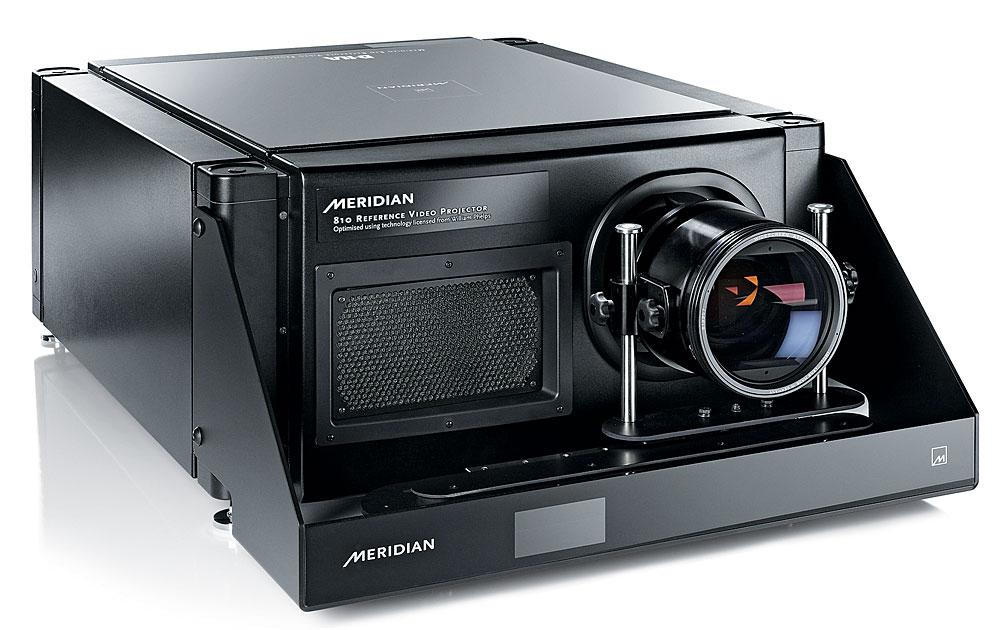 When William Phelps’ rear-projection TV broke in the late 1970s, he figured he could fix it as well as anyone could, if not better. “The picture didn’t look as good as it did when the set was new,” recalls Phelps, who worked as a systems programmer for IBM for 30 years. “I asked the manufacturer to send me a service manual so I could tweak the TV myself, and they said, ‘What for? It’s one of the best.’ ?” Phelps disagreed. He got his hands on the service manual, taught himself color science, and recalibrated the set on his own. “The rest,” Phelps says, “is history.”

Today, connoisseurs of high-end video systems know Phelps as a technical demigod—a man who, over the course of his career, has clarified and refined the projected image. This wizard’s latest masterpiece is the Meridian 810 Reference Video System projector, which he touts as his most advanced effort to date. “I run into limitations [when calibrating] any other projector,” Phelps says. “This is the first one where I feel that I can get everything out of it that

Phelps’ expertise lies in the area of calibration, a complicated process that entails calculating color references, perfecting gamma and grayscale values, and creating uniformity throughout the viewing screen. Phelps, perhaps more than any other individual, has pioneered techniques used to calibrate video projectors, and he has even developed software that enhances these techniques.

The result of his work is a projected image that electronics experts working a few decades ago would scarcely have recognized. For example, the rear-projection TV that Phelps calibrated in the 1970s had only two possible color adjustments. The Meridian 810 projector has more than 1,000.

This technological progress did not happen overnight. The first front projector that Phelps calibrated was an early Sony model that John Sculley, Apple Computer’s former CEO, used in his home theater. After Phelps retired from IBM in 2001, Sony asked him to calibrate all of its projectors at trade shows. The Japanese electronics giant was so impressed with his work that it gave its dealers rebates if they hired Phelps to calibrate the projectors they sold. “I showed Sony how to make the picture look better than they could,” he says.

Around the same time, Phelps met Bob Stuart, a fellow audio/videophile and a cofounder of Meridian. The two established a friendship based on their mutual love of hi-fi. “Bob and I had been dreaming about our ideal projector for years,” Phelps says. “We wondered what it would take to produce a cost-is-no-object statement piece.”

That piece, says Phelps, is the $185,000 Meridian 810, which, to the delight of those who follow his work, debuted in September 2008. “After I tweaked the set all those years ago,” Phelps recalls, “a local TV dealer came by and said, ‘Wow! That picture is better than ours.’ ?”

Since that time, the technologies certainly have changed, but the reactions to Phelps’ work have remained the same.