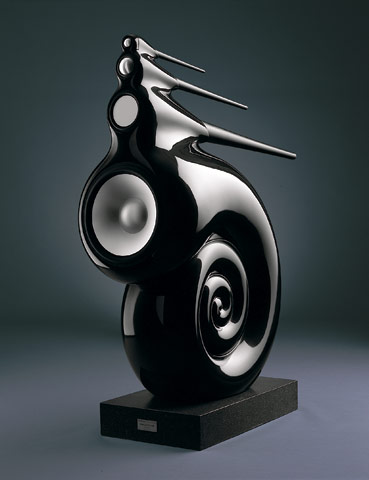 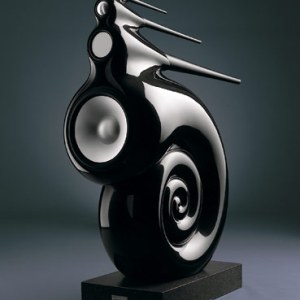 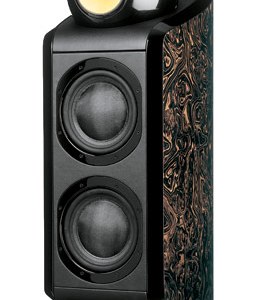 Among his peers in the audio industry, Joe Atkins is an anomaly: He is not interested in how loudspeakers work. Indeed, Atkins has never read a hi-fi magazine. Yet this 47-year-old native of Toronto, whose firm jaw and trenchant gaze suggest that you should not waste his time with further questions about his aptitude for engineering or electronics—or anything else—runs one of the world’s most successful speaker companies, B&W Bowers & Wilkins.

“You don’t get into these things if you’re an audiophile,” Atkins explains in a tenor made gravelly by a two-pack-a-day cigarette habit. “You get involved because you’re a businessman. Once I was drawn into the B&W brand, I got more and more interested in the global audio/video business in a commercial sense.”

Without knowledge of the industry’s past, including concepts and technologies that had failed, Atkins proceeded with what he did know: to leave well enough alone. He realized that B&W, once an obscure, quaintly British brand, should continue to emphasize research, design, and innovation. What B&W needed was a vision. “The fundamental elements had been established by John Bowers,” Atkins says, crediting the audio legend and avid classical music fan who founded the company in 1966. “I started to look at the situation from a global perspective. To be a leading brand, you have to look at it globally. Armani didn’t set out to establish a global brand. He started out making shirts.”

One of Atkins’ first actions was to unite the various business elements of the organization under one umbrella. Then he turned his attention to the dealers. “You must be prepared to invest more time and money to make sure dealers globally survive economically,” he explains. “We won’t expand our dealer network to make sure our dealers feel confident that they have a certain amount of exclusivity.”

For B&W to achieve its level of success—more than 5 million people worldwide own B&W loudspeakers—even though its products are available only through specialty retailers, seems to defy logic. But there are at least three reasons why specialty audio dealers are attracted to B&W as a company, says Kerry Blessing, the owner of three San Francisco Stereo stores in the Bay Area. “Number one, the people provide excellent product,” she says. “Number two, clean, positive distribution is a priority, and number three, they make retailers part of their family. They listen when you need help, and they respond when you need action.”

Although its products are priced as much as five times higher than those of its competitors, B&W is the most successful imported speaker brand in the United States. In fact, with a 7 percent U.S. market share, it is fourth among the country’s top-selling loudspeaker companies, trailing only Bose, Polk, and Klipsch. Sales exceeded $300 million in 2002, with Europe accounting for 40 percent of the revenue and North America accounting for 32 percent. As difficult as it is for imported brands to establish a foothold in the U.S. market, cracking the Japanese market is nearly impossible because of the abundance of local manufacturers. Still, 27 percent of speakers purchased in Japan are produced by B&W. It is no surprise then that in most countries, B&W is the number one or number two imported loudspeaker brand.

From the outset, B&W built only speakers—no amplifiers, turntables, or other components. At the company’s core was a healthy regard for the scientific approach to design, tempered by the subjective needs of a music lover. According to Atkins, the company has no plans to change course and dilute its catalog with products that do not fit into the specialty stereo and home theater speaker sector. “We’re not interested in extending the brand into other audio categories like car speakers—that’s a different business,” he says. “We don’t make speakers for professional use, but we’re constantly looking to add products in new categories like lifestyle.” This segment includes products compatible with plasma TVs.

Although B&W introduced center, surround, and on-wall and in-wall speakers more than 10 years ago, the company recently announced that it would offer silver speakers that, at 4 inches deep, are designed to flank plasma, LCD, and other flat-panel televisions. “Over the last decade,” says Evert Jan Huizing, the company’s executive vice president of business development, “the emergence of the custom installation market has created the requirement for high-performance, flush-mounted wall and ceiling loudspeakers.” Huizing expresses little concern that B&W will retain its market share as it evolves to produce speakers that meet home theater demands—so long as the owner maintains his self-imposed distance from high-end audio.

Atkins was working in Toronto as an insolvency accountant in 1987 when he first became acquainted with B&W. “I learned that the company was for sale from an accountant, a friend of a friend,” he says of his serendipitous venture into the business. Shortly thereafter—only a few months before Bowers’ death—Atkins, under the aegis of Equity International, assumed control of B&W’s North American distribution. Seven years later, Equity absorbed B&W U.K. in its entirety.

B&W had been a respected brand in the United States since the 1970s, but Atkins acknowledges that at first he was oblivious to its success. “I knew absolutely nothing about loudspeakers in general and nothing about B&W in particular,” he says. “Nevertheless, when you become involved in a new business, you put more energy and investment into the project if you have a slight distance from the product.”

In addition to its owner’s lack of audio expertise, B&W has defied another audio tradition. Over the past half century, many companies have faltered when their founders—usually audio enthusiasts—sold the company or died. Sometimes, as with brands such as Marantz and McIntosh, a sympathetic benefactor was found. But usually the company devolved to such an extent that it bore little resemblance to its former self.

Atkins’ business prowess, including his ability to delegate, is largely responsible for the success in distribution, but his concern for the bottom line has not prevented him from supporting the less tangible elements of the company, most notably the culture of research and development that Bowers created. B&W continues to maintain a research laboratory staffed by a dozen engineers.

Some of Bowers’ hires still work at the facility, which was dubbed the University of Sound because of the numerous innovations it has developed. For example, in 1974, B&W engineers patented the use of Kevlar—the material used in bulletproof vests—for drive unit materials because its rigidity reduced unwanted standing waves. Kevlar has since become ubiquitous in audio. B&W’s Matrix technology is another first. It is an internal design that disrupts sound waves within the enclosure and provides peerless bracing and cabinet reinforcement. The research engineers were also pioneers in the use of computers for design and testing. They were the first to develop a methodology known as waterfall mapping, a 3-D representation of a speaker’s performance that has become an industry standard.

The mandate never to stop experimenting with the science of loudspeakers has led to the creation of the company’s most recognizable speakers, including the original Nautilus, which features a cabinet shaped like the coiled marine creature. B&W’s current flagship, the Signature 800 series, also exhibits an innovative design concept. It breaks away from the cubist approach to dynamic loudspeaker cabinetry by featuring curved sides and mid and treble drivers placed in their own modules. The technology that led to those designs represents a defining point for the company; all subsequent speakers have incorporated this knowledge in some form.

While Atkins’ mark is clearly evident on B&W, the influence has not been reciprocal. “No, I haven’t become an audiophile in the last 15 years,” he says. “My focus has always been and continues to be this: to make sure that the company has the appropriate resources to develop and grow globally.”