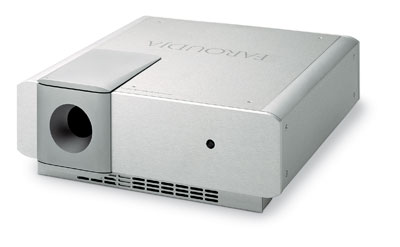 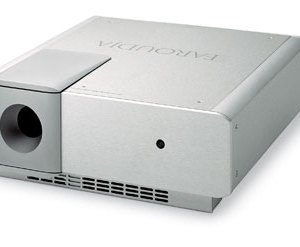 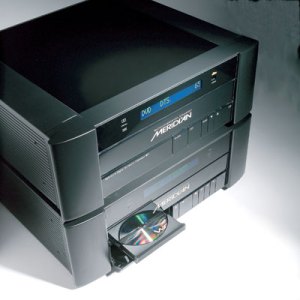 Few companies have weathered the changes in the consumer electronics industry as well as British manufacturer Meridian Audio. While a number of other high-end audio brands have drifted into oblivion, Meridian continues to introduce cutting-edge products and, by collaborating recently with high-end video pioneer Faroudja Laboratories, has ventured into complementary categories to become one of the most advanced audio and video companies.

Collaborations are not new for Meridian. Founders Bob Stuart, an engineer, and Allen Boothroyd, an industrial designer, first joined forces in the early 1970s to design products for Lecson Audio. Two of these—the Lecson AC1 preamplifier and AP1 power amplifier—earned them the first of three British Design Council awards in 1974 and were placed on permanent display in New York’s Museum of Modern Art. The partners founded Boothroyd Stuart, the company that later would become Meridian Audio, in 1975 to showcase their own audio components.

Since then, Meridian has garnered a steady stream of awards and rave reviews. The company’s line now includes a number of outstanding audio components, from the reference 800 Series to the more modest, yet uncompromising, G Series. The 861 surround processor, for example, can decode nearly every surround format on the market and process all audio signals at the highest quality available. In addition, the 861’s modular card-cage design houses rear-panel inputs on removable cards. This allows you to update the system with new software to accommodate the latest surround-sound processing technology, making the system nearly future-proof.

One of Meridian’s most notable contributions to the audio community has been its all-digital system concept. Stuart’s work on the development of the compact-disc format had a tremendous influence on the company’s design goals, leading it to build the DSP6000, the first speaker to use digital signal processing. Meridian’s most impressive iteration of this technology, the DSP8000 speaker, priced at $54,000, represents 25 years of continuous improvement to the loudspeaker concept.

Like modern-day automobile engines, the 8000 and other DSP-driven speakers take advantage of advances in computer technology to process digital audio signals more accurately and make more efficient use of internal amplification and speaker components. Digital audio signals are sent directly from the source component to the speakers, minimizing interference that could otherwise be interjected into an analog signal. More important, when a signal arrives at the speaker, digital filters can designate more precisely which portions of the signal go to which speaker drivers—ensuring, for example, that only the highest frequencies are reproduced by the tweeter. Additional processing also can be applied to correct for any minute driver-response errors, maintain the proper phase relationships between drivers, perform room equalization, and provide other enhancements that would not be possible with analog components. The result is a clearer, smoother sound with natural timbre and little or no distortion.

The speakers also benefit from being actively driven. This means that the system’s amplification is built into the speakers themselves; there are no external amplifiers. As a result, a heavy and expensive component is eliminated from the equipment rack, and the quality of the digital signal holds true to the very end of the signal chain. By dedicating the internal amplifiers—five of them in the case of the DSP8000—to specific speaker drivers, Meridian can improve the efficiency, power capability, and dynamic range of the entire system.

The electronics world never sits still, however, and a company that does will not flourish for long. Meridian recently expanded its audio empire to include the other aspect of home theater—video—by forming an alliance with Genesis Microchip, the parent company of Faroudja Laboratories.Faroudja Laboratories is to high-end video what Meridian is to high-end audio. The company, which inventor and video engineer Yves Faroudja founded in 1971, has received three Emmy awards for its technical achievements. Unlike Meridian, which retains most of its patented technologies for its own products, Faroudja licenses its innovations to some of the most prominent names in electronics.

By the early 1980s, Faroudja had become involved in the development of high-definition television, eventually creating what it calls the SuperNTSC system and the LD1, the industry’s first high-quality line doubler. The LD1, a $15,000 product in a market that rarely charged more than a few thousand dollars for a big-screen TV, revolutionized home theater by converting analog signals to higher-resolution levels using information contained within the video program itself. The signals could then be displayed on data-grade, high-definition-capable video projectors long before high-definition signals became available in the United States. Finally, filmlike images on cinema-sized screens could be viewed at home.

The LD1’s success stemmed partly from the company’s pioneering use of film-mode detection. This process recognizes whether a program is sourced from film or video and then applies appropriate algorithms for line-doubling the image. Without this technique, a line doubler might apply video processing to a film program or film processing to a video program, which results in either a soft, low-resolution picture or noticeable image distortions. By detecting the source material first, a line doubler can create consistently outstanding images on large screens.

Faroudja later produced the industry’s first line quadrupler, which scales line-doubled video signals to even higher resolutions, and Directional Correlational Deinterlacing (DCDi), a technology that eliminates the jagged diagonal edges on enhanced video content. The company recently introduced the DVP-1080 processor, which accepts both standard-definition signals and high-definition ones, using many of Faroudja’s processing techniques to achieve a resolution higher than that of any high-definition broadcast.

In mid-2005, Genesis Microchip embarked on a licensing agreement that gives Meridian exclusive worldwide rights to the development, production, and distribution of the Faroudja product line. Meridian currently offers some of the best products in Faroudja’s catalog, such as the DVP-1080, and intends to introduce new products soon. We also can expect to see Faroudja technology integrated into Meridian’s own components, such as the 861 surround processor and the 800 Series V4 DVD player.

It is perhaps a simple task for a good designer to create beautiful objects without regard for their functions. It could even be considered easy to engineer exceptionally well-performing products without reflecting on their design. But to do both consistently for nearly 30 years—as Meridian has done—is exceptional. Now, in the high-performance video of Faroudja, Meridian appears to have found an excellent match.