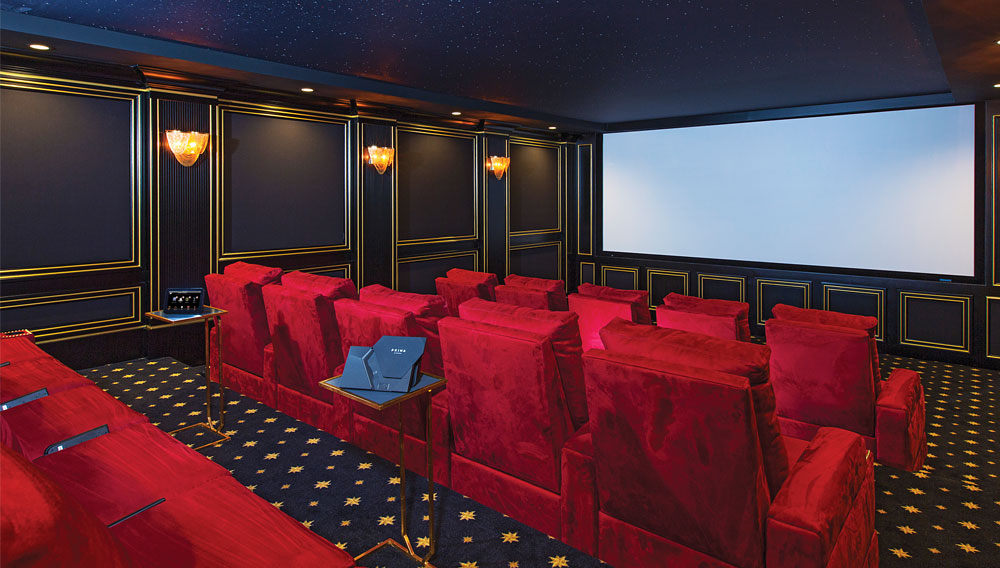 Going to the movies is a treasured pastime for many American families. But for celebrities and other high-profile figures, a trip to the local theater can be an obtrusive experience. Avoiding public showings, however, can mean waiting to watch new movies for weeks or months until they are released on disc and online. A few film-industry insiders have in-home access to first-run movies through the highly exclusive Bel-Air circuit, but participating requires some $100,000 worth of certified theater equipment and $4,000 in monthly fees. Plus, each movie has to be hand delivered by a film-studio representative on an encrypted hard drive to protect against possible copyright infringement.

For the past few years, a group of technology pioneers and film-industry veterans has been working on an alternative solution. The result is Prima Cinema, a Carlsbad, Calif.–based company that officially launched its new in-home movie service in September.

Prima Cinema’s solution involves a $35,000 piece of equipment that downloads and stores first-run movies, which can then be played through a home theater system for $500 per viewing. The player, which is built to fit in standard equipment racks, requires the Prima Cinema account holder to scan his or her fingerprint to purchase and watch each movie. The system automatically downloads first-run films prior to their theatrical releases, so that they are often available to view at midnight on their release dates.

Prima Cinema offers first-run movies from studios including Universal Pictures, Magnolia Pictures, and Focus Features, and it says that it is working on agreements with other major studios. The company’s systems can already be found in dozens of private home theaters across the United States, including a 16-seat theater, located in the Los Angeles neighborhood of Brentwood, that was installed by the integrator Via.

According to Prima Cinema, the quality of its films, which are available in both 2-D and 3-D, is nearly the same as that of movies in commercial theaters. The company says that its proprietary video codec enables twice the sharpness of Blu-ray content, with billions of colors compared to about 10 million colors for Blu-ray. The content can be displayed in the same ultrawide aspect ratio used in commercial theaters and supplemented with theater-quality surround sound.

Owners control the Prima Cinema system with a remote control that is not much bigger than an iPad. (Like most home theater equipment, it can also be controlled with an iPad.) The remote underscores one of the additional benefits of Prima Cinema: the ability to pause first-run movies.