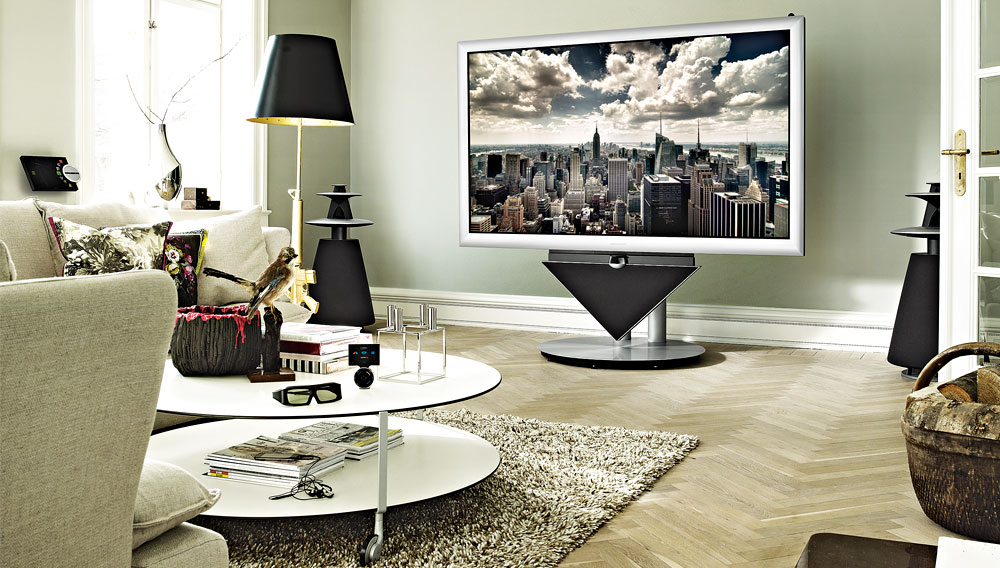 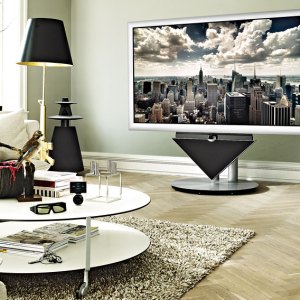 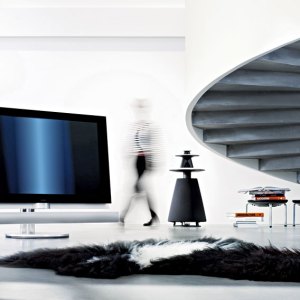 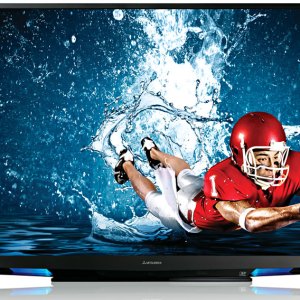 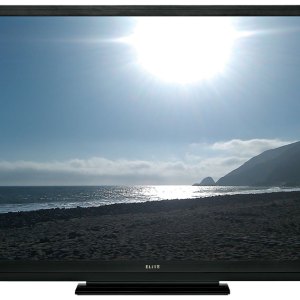 Most people in the market for a new television balk at the idea of 3-D technology. But while it might seem superfluous, 3-D technology is an essential part of today’s best televisions. The third dimension is not intended for all video content—little would be gained by watching the nightly news in eye-popping 3-D—but it is a worthy option that enhances the viewing experience of an increasing amount of programming (including new movie releases on Blu-ray Disc, a variety of sporting events through satellite and cable providers, and even video games). Equally important, the technology required to create a 3-D image on screen dramatically refines the quality of the 2-D picture. Today’s top TV models utilize this technology, and more, to provide the best television pictures ever—in any dimension.

Some skeptics maintain that Bang & Olufsen does little more than take panels from leading TV manufacturers such as Samsung and Panasonic, wrap them in shiny aluminum bezels, and mark up the prices. True, B&O televisions are expensive, but the Danish company’s audio-video design experts do far more than dress up a piece of glass—as evidenced by the new BeoVision 4-85. A follow-up to B&O’s 103-inch model, this 85-inch 3-D TV does, in fact, incorporate a plasma panel from Panasonic, but it comes with a slew of bells and whistles to justify its $85,000 price tag. These include a built-in BeoSystem 3, which essentially serves as an audio-video receiver and surround-sound processor, and a miniature camera mounted to an electronic arm that automatically swivels in front of the screen every 100 hours of use to check and calibrate the screen’s color levels. Also standard with the BeoVision 4-85 is a motorized stand that elevates the screen (it can also rotate the screen 20 degrees to the left or right), revealing a BeoLab 10 two-way center-channel speaker that makes this monster TV ideal for use in a home theater. Bang & Olufsen, www.bang-olufsen.com

In Europe, many televisions are set at eye level or below, which explains why B&O’s floor-friendly BeoVision 7 models are so popular on the Continent. With the introduction of the new BeoVision 7-55, which features a taller stand than its predecessors plus a 3-D-capable screen, the television line’s popularity promises to rise in the United States. With an aesthetic penned by longtime B&O designer David Lewis, the BeoVision 7-55 begins with Samsung’s 55-inch LCD glass, to which B&O adds a built-in Blu-ray Disc player and other enhancements. Buyers have the option to equip the $24,500 set with either a BeoLab 7-4 center-channel speaker or a BeoLab 7-6 sound bar. Additional upgrades include an antireflective screen coating and the ability to electronically tilt the screen up, down, or to either side, ensuring everyone enjoys an optimal viewing level. Bang & Olufsen, www.bang-olufsen.com

The Elite LCD is the most exciting new TV this year. Display-panel enthusiasts will recognize the Elite brand, which Sharp Electronics acquired from Pioneer’s late, great plasma-TV business after it was folded in early 2009. Armed with a number of new technology licenses and engineers, Sharp charged the designers with the task of creating an LED-backlit LCD panel with even deeper blacks and richer colors than those from Pioneer’s plasma screens. In August, Sharp unveiled the first product of this process, the Elite LCD, which the company offers in 60-inch ($5,999) and 70-inch ($8,499) screen sizes. These remarkable sets utilize a full-array-LED backlighting engine and a technology that Sharp calls Intelligent Variable Contrast to achieve the deepest blacks—and arguably the best 2-D and 3-D picture ever—from an LCD panel. And thanks to its high levels of energy efficiency, the Elite LCD, which is available through Sharp’s select network of Elite-certified dealers and installers, costs an average of only $22 a year to operate. Elite, www.elitelcdtv.com

For the new LED 8000 Series models, Samsung did away with much of the bezel. This top-of-the-line LCD TV thus gives the illusion of a floating picture when viewed in a dark room; mounting the 1.2-inch-thick panel on a wall enhances the effect. But the complicated technical upgrades behind the glass are what set the LED 8000 Series apart. This year’s models offer the same 240 Hz refresh rate as last year’s Samsung sets, but motion response is improved for the new TVs with a scanning system that shuts off the screen’s liquid crystals during state changes in order to minimize interpolation artifacts and pixel crosstalk. Samsung engineers also improved black levels, widened the color gamut, and virtually eliminated the screen reflections that typically plague LCD sets. The Samsung LED 8000 Series is available in 46-, 55-, 60-, and 65-inch screen sizes, priced from $2,700 to $5,400. Samsung, www.samsung.com

Panasonic’s powerhouse plasma, the VT30, delivers on the promise first exhibited by its predecessor, the VT25. For the VT30, Panasonic evolved its neoPDP (new plasma display panel) technology from last year’s model to provide faster-switching phosphor cells with 15 percent greater light-emission efficiency. This enhanced capability, combined with the set’s deep black levels, dramatic contrast ratios, and advanced 3-D technology, helps deliver the best plasma-driven picture on the market. The sleekly styled VT30, whose faceplate is made from a single pane of glass, is available in 55- and 65-inch screen sizes, priced at $2,500 and $4,000, respectively. Panasonic, www.panasonic.com

Rather than a plasma or LED lighting engine, Mitsubishi’s LaserVue TV uses actual laser beams to light the screen—a proprietary technology that the Japanese conglomerate first unveiled in 2008. Because the LaserVue utilizes these lasers as a rear-projection digital-lighting engine, the set is significantly thicker—at about 12.7 inches—than the leading plasma and LED-based panels on the market. But what the LaserVue set lacks in compactness it makes up for with a vibrant picture. The LaserVue’s color gamut is unparalleled, offering twice as many colors as the closest competitor. The laser lighting engine also gives the set one of the best efficiency ratings available: The TV consumes just 85 watts of power while in operation, which equates to an estimated yearly energy cost of $20. This year’s 3-D-capable top-of-the-line LaserVue is available only in a 75-inch screen size, priced at $6,000. Mitsubishi Electric, www.laservuetv.com