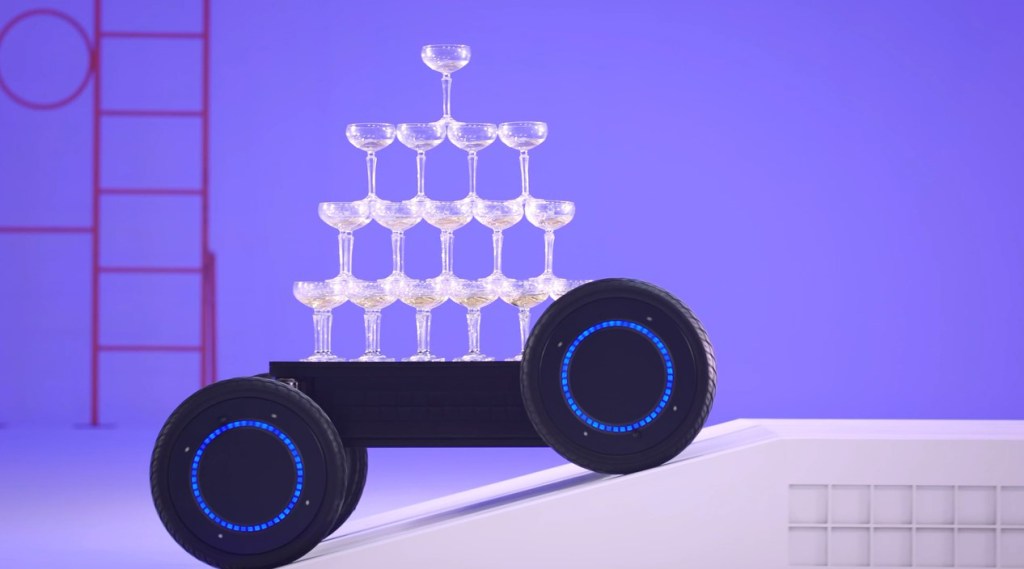 Hyundai wants to bring us one step closer to our robot overlord future.

The South Korean auto giant has just unveiled a new four-wheeled robot named Mobile Eccentric Droid, or MobED for short. The small mobility platform will make its debut at the 2022 CES show in Las Vegas next month as part of a showcase of robotic technologies currently in development.

The MobED may look just like a board attached to four wheels, but it’s much more than that. Each of its 12-inch pneumatic tires is equipped with a trio of motors and can be controlled independently, according to a press release. These motors and a complex suspension system allow the machine to angle its platform with uncommon precision and stability, keeping whatever it’s carrying level even when traveling over uneven surfaces or ramps. Currently, the device, which can be operated autonomously or remotely, is designed for carrying objects, but eventually it could be used to carry people.

It doesn’t appear that Hyundai has firm plans for the MobED just yet. A fun video accompanying its announcement showed the robot carrying everything from a stroller to a precariously stacked pyramid of coupe glasses filled with Champagne.

“We have developed the MobED platform to overcome the limitations of existing indoor guide and service robots while maximizing its usability in cities by dramatically improving the platform’s overall mobility,” Dong Jin Hyun, the Head of Hyundai Motor Group Robotics Lab, said in a statement. “We are also looking ahead to assess how potential users of MobED will further expand their needs and use for this type of technology.”

This isn’t the first robot we’ve seen from Hyundai; it’s just the closest to reality. Over the last couple of years the company’s robotic department has unveiled a number of Transformer-like Ultimate Mobility Vehicles designed to traverse even the most perilous terrains, including crumbling mountainsides and deep bodies of water. One is even designed to explore other planets.  Hey, at least the robot future won’t be boring.