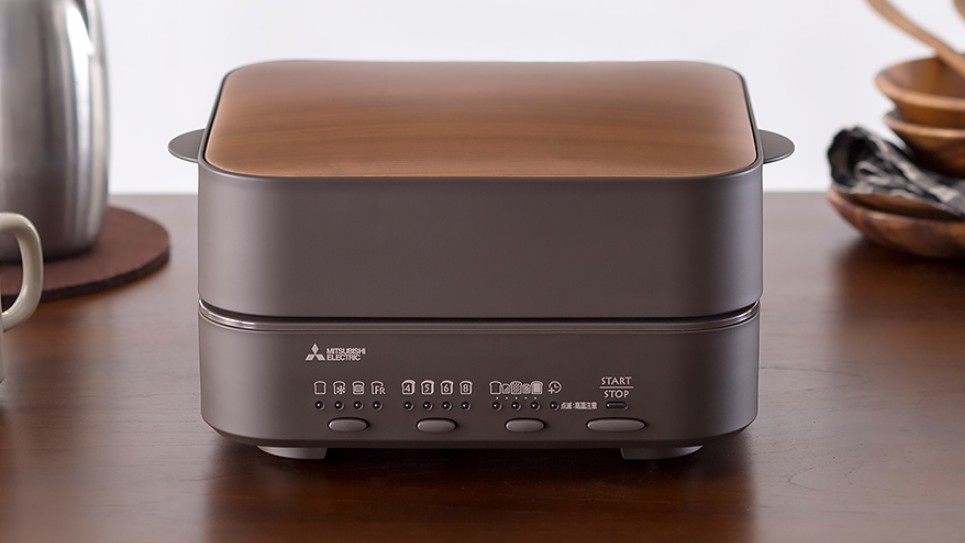 The Japanese love their toast—and they’re willing to pay a premium to get the perfect slice, apparently.

With more of the country’s citizens preferring toast for breakfast each morning than ever before, Mitsubishi Electric Corp. has just launched the TO-ST1-T bread oven in Japan, reports Bloomberg Businessweek. The toaster, which can only heat a single slice at a time, retails for 30,000 yen, or $270.

Shaped like a waffle maker, the clamshell gadget claims to create the perfect piece of toast by sealing the bread in a metal box and transferring heat through the top and bottom plates, both of which can reach temperatures as high as 500 degrees Fahrenheit. The oven’s tight seal ensures that the toast comes out with a satisfying crunch on the outside while remaining moist on the inside. It can also handle eggs and cheese on top, and makes a “sublime” French toast, according to the magazine.

“We wanted to focus on the single slice, and treat it with respect,” said Akihiro Iwahara, who oversees technical development for the company’s home-appliances division, told the publication. “Our technology and know-how from rice cookers helped us come up with a way to trap and seal moisture.”

A piece of toast made in the Mitsubishi TO-ST1-T bread oven  Mitsubishi Electronic Corp.

While a traditional Japanese breakfast consists of rice, grilled fish and miso soup, 51 percent of people in the country now prefer to eat toast each morning, according to a recent study. This change in tastes has led to a boom in high-end toasters and cafes specializing in the staple, with bread aficionados hungry for toast that tastes like it’s fresh from the baker’s oven. Who could resist that?

While the TO-ST1-T’s price tag may raise eyebrows among the unwashed, Japanese bread connoisseurs have been investing in high-end toasters for years. One of the country’s most-popular toasters is the Balmuda, which retails for $230.