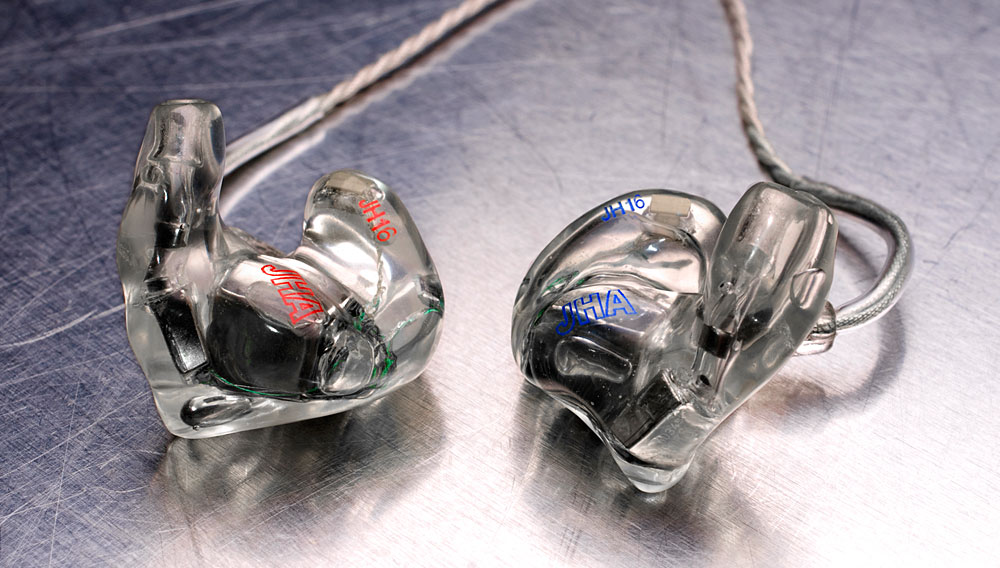 Jerry Harvey is the best-known name in the world in-ear monitor headphones (IEMs), which professional musicians use to monitor their sound while performing onstage. Harvey’s acclaim is derived largely from the fact that he pioneered IEMs back in the mid 1990s while working as sound engineer to Van Halen. The innovations Harvey penned at that time led him to found a company called Ultimate Ears, which specializes in high-quality IEMs and earbud headphones. Today, Harvey has a new brand under his own name and, in May, the audio pioneer unveiled his newest triumph, the JHAudio JH16s.

While these $1,150 custom IEMs are the choice of discerning professionals, they also serve as the pinnacle of audio reproduction for personal use. Harvey implements his company’s proprietary balanced armature design for the JH16s, which feature the industry’s only eight-driver design—four lows, two mids, and two highs—along with an integrated three-way crossover. After a visit to an audiologist to take a mold of the ear, JHAudio crafts the user’s JH16s, which, with their custom fit, have -26 decibels of noise attenuation, which virtually eliminates the possibility of hearing damage. All of these innovations impart a huge frequency range from 10 Hz to 20 kHz, an 18-ohm impedance, as well as an absolutely unrivaled level of audio precision for IEMs or earbuds of any kind. The JH16s easily compete with even high-end circum-aural cans. (407.814.0002, www.jhaudio.com)