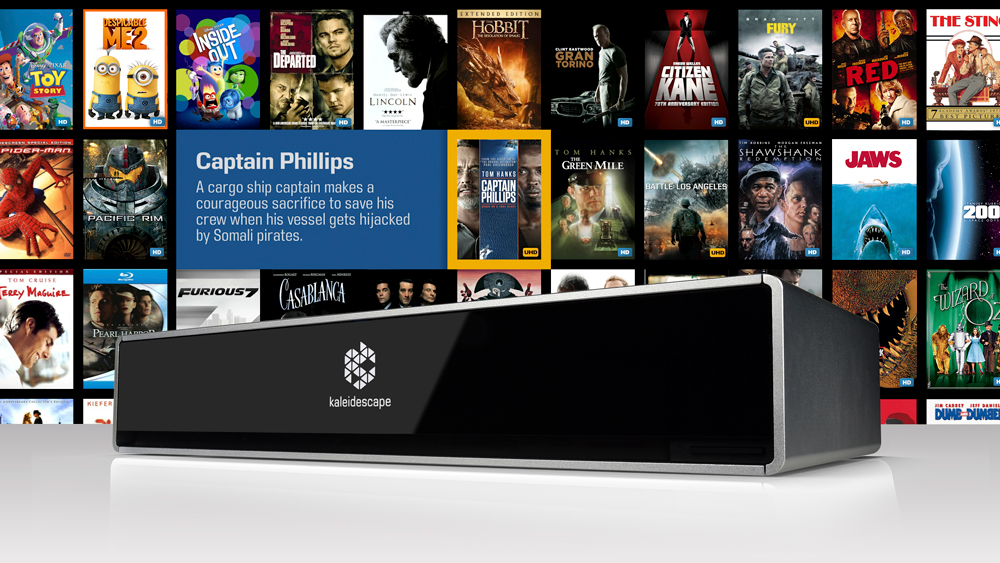 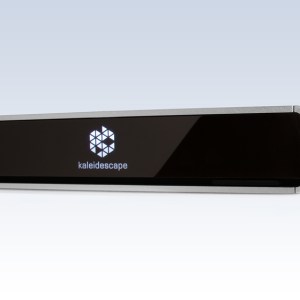 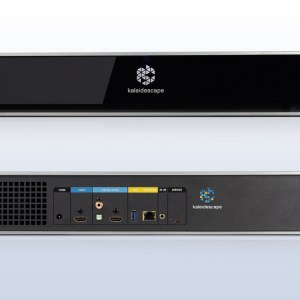 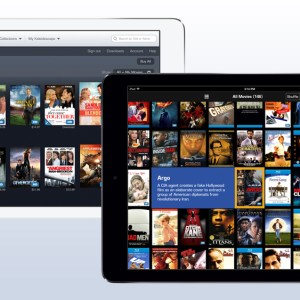 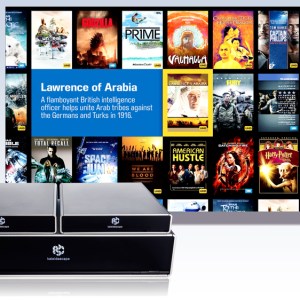 California-based Kaleidescape makes some of the very best video servers on the market (we even gave it a Best of the Best award in 2012), but the company has weathered quite a tumultuous journey since its founding in 2001. The company originally focused on building home-theater movie servers capable of conveniently storing digital copies of their customers’ huge DVD and Blu-ray collections. But a 2004 lawsuit challenged the legality of storing ripped DVDs on its devices—and that lawsuit dragged on for more than a decade.

The company has also had to adjust the focus of its products to address the shift in consumer preference from building libraries of discs to using online video-on-demand services—a paradigm it adapted to by debuting its own online movie store in 2013. However, the company was dealt a hard blow last year when delays to the launch of its Strato 4K movie server caused financial difficulties and eventually led the company to close its doors.

But like a phoenix rising from its own ashes, Kaleidescape found new funding and was able to restart business within the month. “We suffered very expensive development delays and the embarrassment of reneging on Strato’s Blu-ray disc playback feature,” says Kaleidescape CEO Cheena Srinivasan. “We narrowed our focus, reorganized the company, and became stronger and wiser.”

This revitalized Kaleidescape wasted no time making its return known. Its flagship Strato ($4,500) is the brand’s first system to support Ultra-HD (4K) and high dynamic range (HDR) video, and after spending some time with the device, I can attest that the picture and audio it delivers is truly outstanding. The video is clean and crisp, and thanks to HDR support, its colors are exceptionally vivid—especially when paired with a TV that can take full advantage of its features. 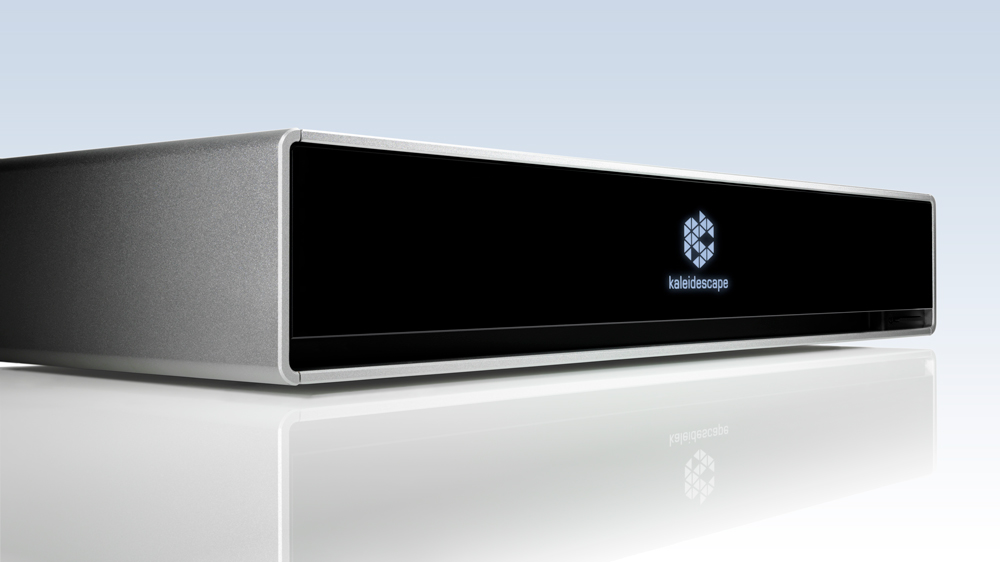 Even if the movie you want to watch is not available in 4K, the Strato player will upscale the Blu-ray-quality high-definition picture to 4K. The system’s sound capabilities are equally as impressive, offering lossless, multi-channel audio and support for Dolby Atmos. The device comes installed with either a six- or 10-terabyte hard drive, the latter providing enough space to store up to 180 4K movies (and far more Blu-ray or DVD-quality movies)

One of coolest, most distinctive Strato features is its on-screen interface (also in 4K), which can display the cover art of the movies in your library as a wall of tiles that rearrange themselves as you scroll through. For instance, if I’m interested in seeing an action movie but don’t quite know which one, I can scroll over a title in that genre and as I hover over it, the screen will rearrange itself to display other action movies around it. This neat trick also works with lead actors, directors, and other sorting metrics.

Continuing its comeback, Kaleidescape introduced the Strato C player ($3,500) earlier this year. This compact model lacks a hard drive—it streams content from a full Strato or the company’s Terra movie server—but delivers the same audio and video quality of the Strato. It’s a great option for making your movie collection available on every television in the house.

Kaleidescape had a large presence at the CEDIA home electronics show in San Diego earlier this month. But one of most exciting pieces of news from the show was the announcement of distribution deals with Fox and soon Paramount, which will greatly expand the number of Ultra-HD movies it offers through the Kaleidescape Store—adding to the content it already offers from most of the industry’s major studios, such as Warner Bros., Disney, and Sony. Like the rest of the store’s 4K content, the new movies will run about $30 to $35, though high-definition movies cost a bit less. 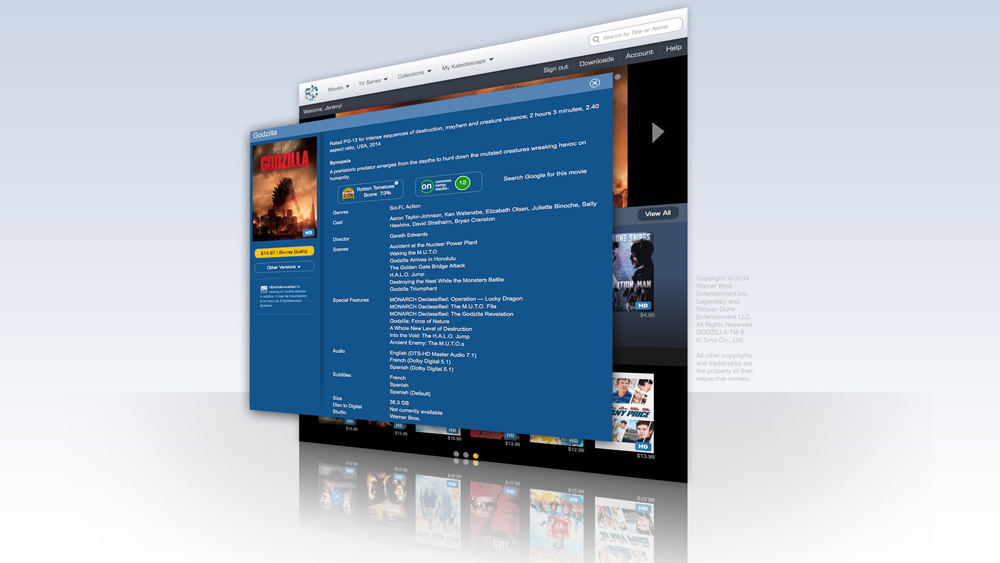 But don’t think of the store as just another video-on-demand service. As Srinivasan explains: “None of the streaming services focus on delivering a cinematic experience. They don’t offer true 4K HDR and lossless audio. They don’t integrate with home automation systems to automate the control of lighting and screen masking. They don’t automatically choose the best audio track, the desired language, subtitles, etc. Kaleidescape provides all of this and more.”

Given the depth of its store’s movie library and its wealth of 4K content, as well as the more sensible pricing of its latest devices, the resurrected Kaleidescape seems to be on much more stable footing. Now largely free from the legal concerns that dogged it in the past thanks to the separate rules governing online content delivery, Kaleidescape could be poised to become a leading provider of Ultra-HD content.

And the company is not stopping there. “We are gearing up to offer movies when they debut in the theaters and while they are still playing in theaters. Kaleidescape is an excellent platform for bringing such early-release content to the home,” Srinivasan reveals. We can’t wait.