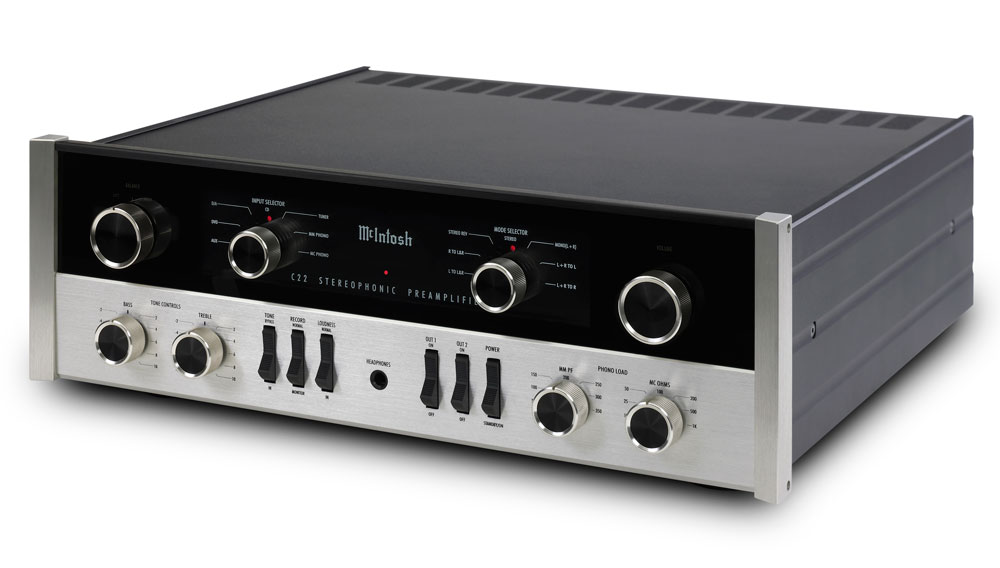 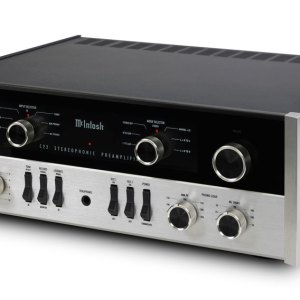 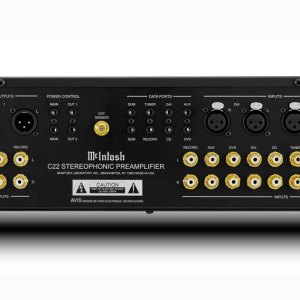 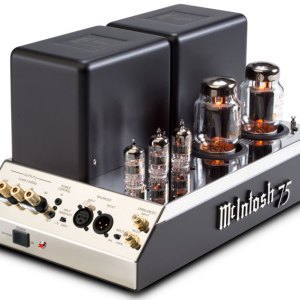 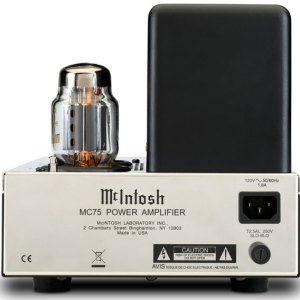 One of the most recognizable icons of hi-fi audio, the original McIntosh monoblock vacuum-tube power amplifier featured a sleek black exterior and mesmerizing, glowing power meters along with top-of-the-line audio quality. Recognizing the appeal of its vintage gear, the company has re-released the MC75 amplifier and the C22 preamplifier—updated and improved to meet the exacting standards of the modern audiophile.

The MC75 ($3,750) is a mono amplifier that delivers 75 watts to 2, 4, or 8 ohm loudspeakers. It incorporates McIntosh’s proprietary Unity Coupled Circuit and can be used as a single amplifier for classic mono recordings or paired with a second MC75 for separate-channel stereo amplification.

The C22 preamplifier ($6,000) is a classic in its own right, with vintage 1960s styling, improved circuitry, and modern touches like balanced inputs and outputs, and a remote control. Given the enduring popularity of vinyl among audiophiles and its recent resurgence as a modern medium, the C22 wisely includes both moving-magnet and moving-coil phono inputs to interface with the listener’s choice of turntable and cartridge. (mcintoshlabs.com)