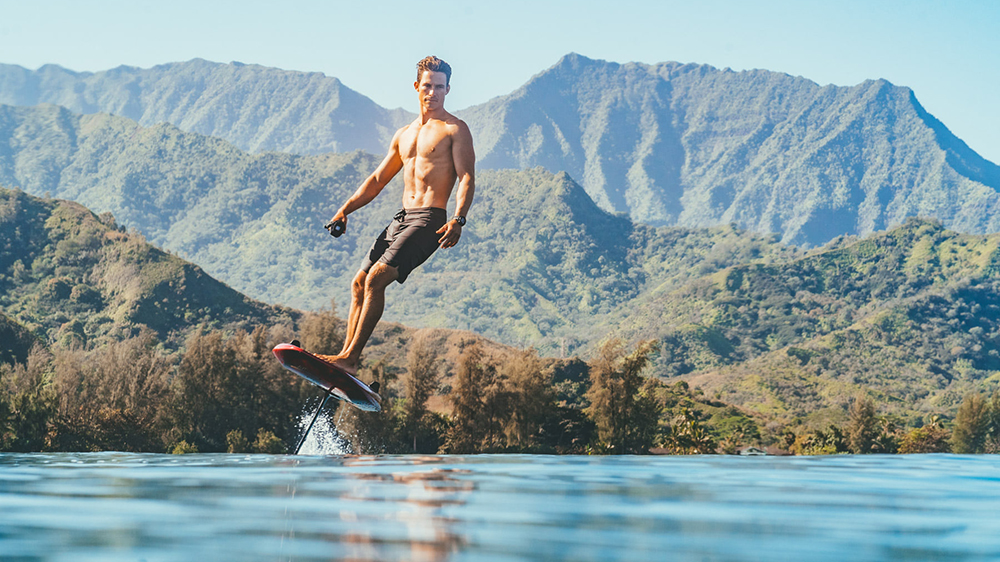 Lift Foils is here to help all the surfers tired of waiting for big waves.

The Puerto Rico-based company has just unveiled an updated version of its third-generation electric foil surfboard, the Lift3 F. The company’s latest e-foil is easy and fun to use, but still capable enough that even a seasoned wave rider can have some thrills on it.

Lift’s battery-powered surfboard may look a little bit different than you’re expecting. Unlike the Awake Rävik S, which has a motor integrated into its body, the company’s offerings have an carbon-fiber hydrofoil attached to the bottom. That component has a propulsion system consisting of a motor, nozzle and propeller at its end and when turned on it pushes the Lift3 F’s fiberglass body forward and out of the water whether there are waves or not. And while it may look like you’re riding on Marty McFly’s hoverboard, the foil actually stays in the water, even when you’re performing tricks.

Having released the first version of the board back in 2017, Lift has a pretty good idea what it’s doing at this point. The latest iteration is powered by a lithium-ion battery pack that can run for 100 minutes on a full charge and an hour on a quick charge, according to HiConsumption. Its propulsion system, meanwhile, features a brushless motor that can push you up to speeds of 30 mph and carry two riders at once. It may not be as fast as the Rävik S, which tops out at 36 mph, but that’s plenty of zip. The system is engaged via a Bluetooth hand controller which also lets you know how much juice you have left.

The Lift3 F comes in two sizes: 4’9” and 5’4.” The shorter board is aimed at more experienced surfers looking to do tricks, while the easier-to-control longer version is better suited towards beginners and casual riders. The board comes in two colors, Vermillion Red and Seafoam Green, and start at $9,995.

It may still be February, but with the way time passes these days you’ll be gliding just above the water in no time.