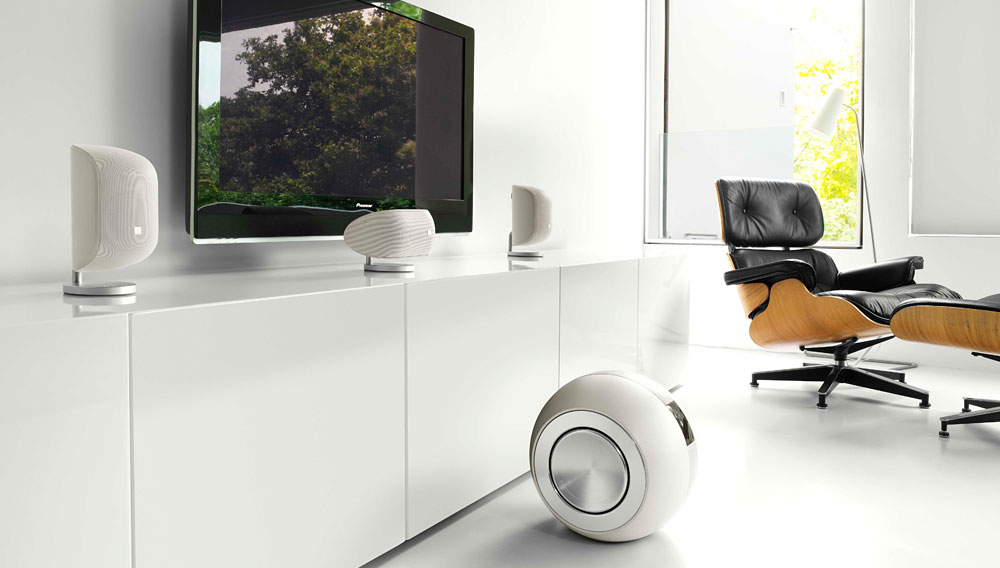 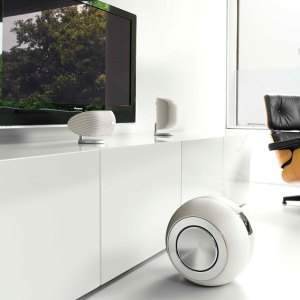 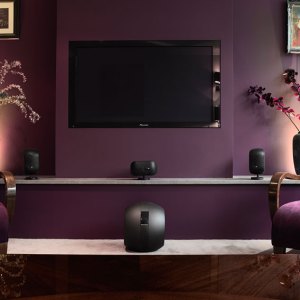 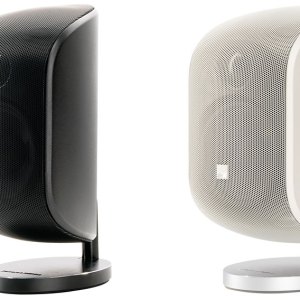 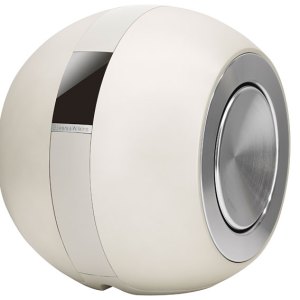 The newest speaker system from Bowers & Wilkins delivers a sizable punch for smaller home theater applications. The British manufacturer’s six-piece surround-sound system, the MT-60D, features five revamped versions of the 46-year-old brand’s M-1 speakers, which launched in 2006. Equipped with new drive units, which include a redesigned midrange driver and a tube-loaded tweeter that helps minimize resonance, the new speakers offer greater dispersion than their predecessor, thus generating optimal performance throughout the entire room. The unobtrusive speakers stand just 10 inches tall and can be mounted on the wall or affixed to an optional floor stand. The system derives its bass from the PV1D subwoofer, which is a hybrid of B&W’s popular PV1 and DB1 subwoofers. The new sub boasts a 400-watt output, thanks to a new magnet and reconfigured voice-coil system, as well as new drive units and a more powerful onboard amplifier, which helps deliver a deeper, cleaner bass response. The sub also features a discreet OLED display with touchscreen controls and a number of preset and tuning options. Available in a matte white or black, the MT-60D set retails for $2,950 and is sure to enhance the audio of any small- to medium-size home theater. (978.664.2870, www.bowers-wilkins.com)